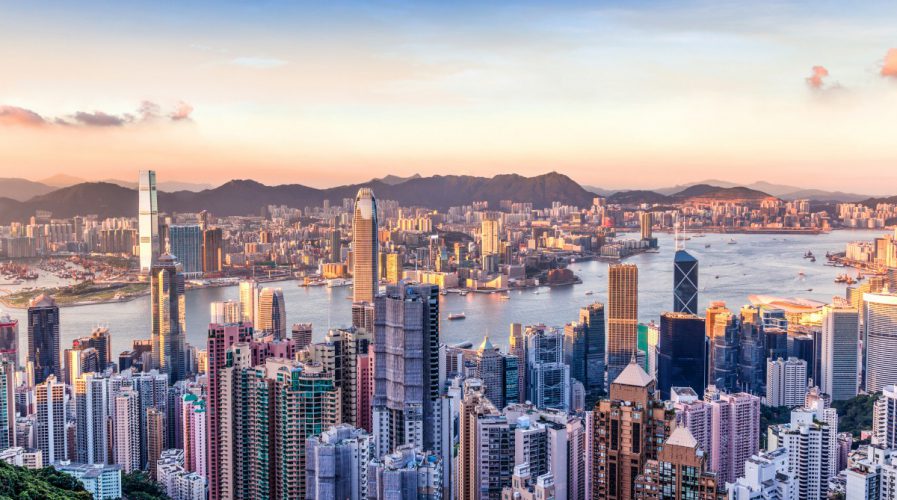 One fifth of Hong Kong’s economy relies on financial services, and the industry employs six percent of the population. Source: Ronnie Chua/Shutterstock

Hong Kong should focus on developing cybersecurity and payments technology to close the gap with international rivals in fintech and remain relevant as a global financial hub, a government advisory panel said on Tuesday.

The financial services industry makes up about a fifth of Hong Kong’s economy and employs six percent of its workforce, making it critical for the city to keep up with fintech.

The Financial Services Development Council (FSDC), which was set up by the government and comprises members from the financial industry, consultancies and law firms among others, also urged the government to bolster local companies offering tech solutions in the spheres of wealth management, insurance and regulatory compliance.

“These are specific areas where we think Hong Kong has natural opportunities and also opportunities in attracting overseas investment into fintech, but also in developing local startups and entrepreneurs,” James Lloyd, Asia-Pacific fintech leader at consultancy EY and an FSDC member, told reporters.

The FSDC proposed the creation of a government office to oversee fintech policy and regulation, as well as a “major government-funded” cybersecurity center.

The creation of a digital ID for individuals and corporations should help slash costs on anti-money laundering and “know your customer” (KYC) requirements for financial firms at first, but later also be used to increase transparency on trade and manufacturing, it added.

The council also urged changes to Hong Kong’s regulations to make the city more open to “digital solutions” such as allowing customers to open accounts online.

In a separate report the FSDC also proposed developing distributed ledger technology (DLT), including the creation of a publicly funded research center.

Set up in 2013, the FSDC has issued recommendations to bolster Hong Kong’s position as an international center for the trade of China’s currency, lure more initial public offerings and real estate investment trusts (REITs), among others. – Reuters