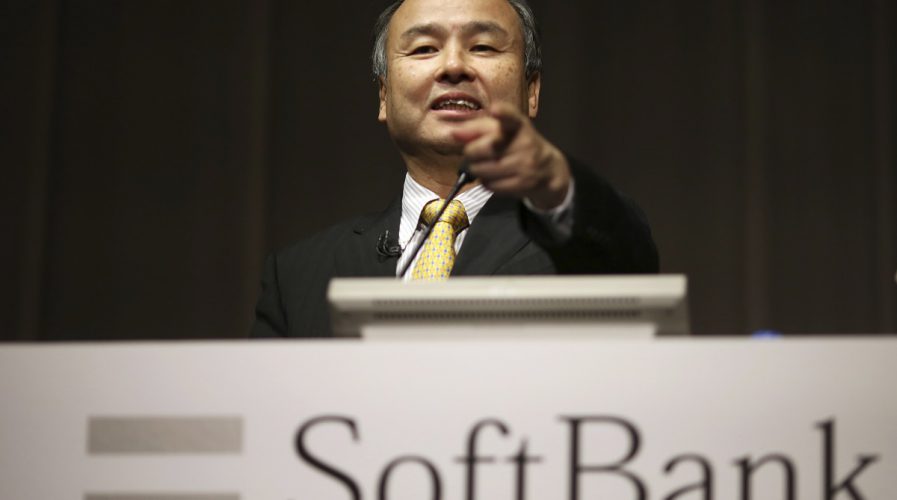 After plowing about US$2 billion into minority stakes in Indian e-commerce businesses over the past few years, Japan’s SoftBank is upping the stakes, looking to play consolidator and take a more active role at a trio of leading startups.

According to sources with direct knowledge of the matter, the solar-to-tech conglomerate is seeking to secure a piece of India’s industry leaders in everything from payment systems to online shopping and groceries, in a series of deals that would shake up the US$65 billion sector.

Among the most high-profile plans is SoftBank’s push to engineer a merger between Snapdeal, the No 3 player in one of the world’s most competitive online markets and one of its biggest Indian investments to date, and market leader Flipkart.

The deal could be finalised as soon as next week, one of the sources said.

SoftBank has poured roughly US$1 billion into Snapdeal since 2014, but competition in e-commerce has risen dramatically with American giant Amazon cranking up its presence and taking the No 2 spot from Snapdeal.

SEE ALSO: Flipkart prepares to pounce on Snapdeal after $1.4 billion funding round

Besides Snapdeal, SoftBank is also close to finalizing a cash infusion of more than US$1 billion into Alibaba-backed digital payments firm Paytm – another leader in a highly competitive sector – giving it a more direct say in that group too, according to one source familiar with discussions.

Media reports have separately linked SoftBank to a tie-up between grocery delivery group Grofers, in which it has invested roughly US$70 million, and market leader and rival BigBasket.

SoftBank, Snapdeal, Paytm and BigBasket did not respond to requests for comment. A Grofers spokesman said the company did not comment on merger speculation. 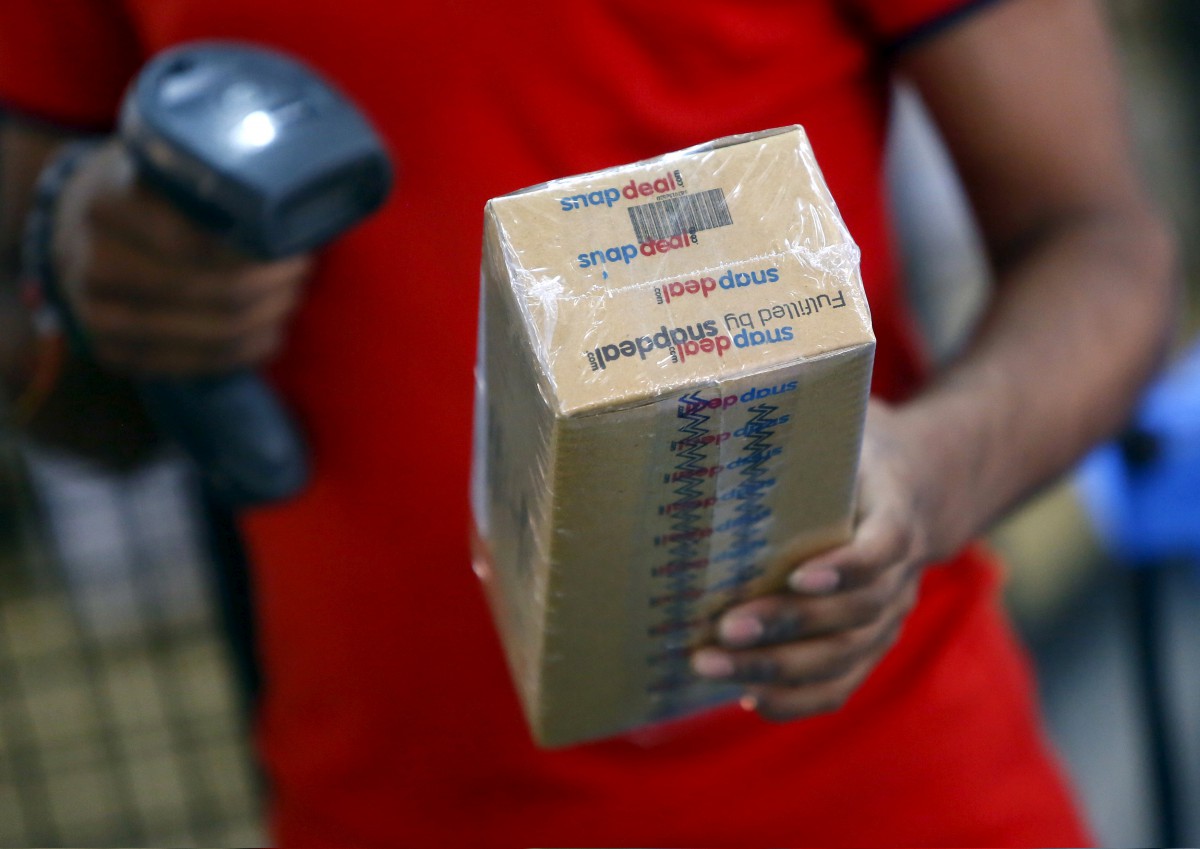 A Snapdeal worker scans the barcode on a packaged order at the company’s warehouse in New Delhi.
Source: Reuters/Anindito Mukherjee

At the heart of the push is the charismatic Masayoshi Son, SoftBank’s founder and chairman, the sources said. Son has taken a more active role in the group globally since last year, when he pushed aside his heir apparent, Nikesh Arora.

SoftBank is best-known for its hugely lucrative early stage bet in Chinese e-commerce giant Alibaba Group, in which it is still the single largest investor.

But it has also been a long-time supporter of India – and with some success.

“Son is thinking India is the place where he will create one or two Alibabas,” said one of the sources familiar with SoftBank ambitions, adding Son sees the country right now as the “land of golden opportunity”.

SoftBank is the biggest investor in India’s leading ride-share player Ola, which competes with Uber, and its top hotel aggregator Oyo. Son and other partners have also pledged to pour US$20 billion into solar projects in the energy-hungry South Asian nation.

“They are getting into sectors where the big differentiator, firstly, is going to be technology, of course,” said the same source.

“Secondly, also sectors that need large amounts of capital, so you can browbeat or elbow out people with your capital.”

A Flipkart-Snapdeal combination would create just such a e-commerce behemoth.

Flipkart, though battling Amazon, has maintained its pole position and last month it raised $1.4 billion from a trio of cash-rich and tech savvy players that include eBay, Tencent and Microsoft.

It also bought eBay’s Indian operations as part of the deal.

Meanwhile, SoftBank poured cash into Snapdeal, but Son began to lose patience as it was outpaced by Amazon, said a source at Snapdeal and the source familiar with SoftBank’s aspirations.

To push through the tie-up, SoftBank was likely to invest about US$1 billion in Flipkart, both via a direct cash infusion and by buying equity stakes in investors such as Tiger Global, another source said, adding Snapdeal investors were expected to get one Flipkart share for every 10 Snapdeal shares.

Flipkart did not respond to requests for comment, while a spokeswoman for Tiger Global said the hedge fund did not speak to the media about its investments. 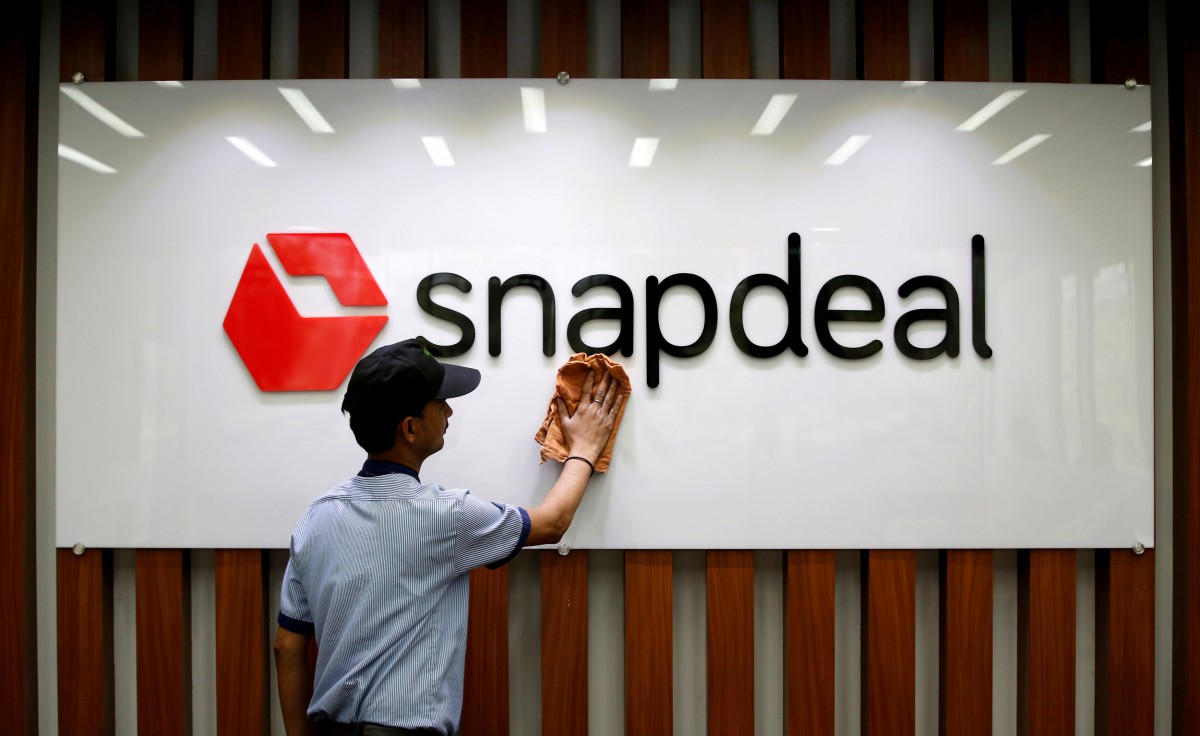 Softbank might finalize its Snapdeal acquisition plan as soon as this week, in a reshuffle of the company’s India strategy. Source: Reuters

Forging all these deals could prove to be a challenge.

One source familiar with the Grofers-BigBasket talks said a deal, while being considered, looked unlikely as BigBasket has a cash-burn rate significantly higher than that of Grofers, making it hard to justify a deal.

Moreover, even if the deals do click, there is no guarantee bets like a Flipkart-Snapdeal combine will pay off.

“In the short-term, yes,” said Gartner analyst Sandy Shen. “But things move quickly in e-commerce and Amazon is a strong player with global scale, technology and operational expertise.”

Still, a Flipkart-Snapdeal combine is likely to revive hopes of a broader consolidation in Indian e-commerce.

Alibaba had explored the possibility of combining Snapdeal and Paytm’s e-commerce business with Flipkart about a year ago, one of the sources said, but talks broke down over price.

Industry watchers believe  Paytm’s marketplace and Tiger Global-backed ShopClues could eventually fold into Flipkart if the tie-up and Paytm investment goes through. – Reuters