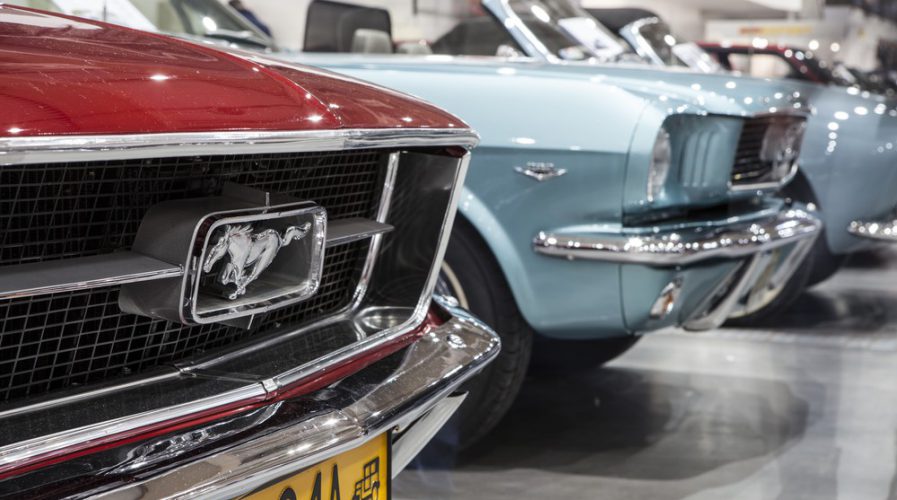 Luxury cars can be called down and picked up from Autobahn Motor’s “vending machine” in Singapore. Source: Shutterstock/Radoslaw Maciejewski

Singapore has a giant ‘vending machine’ that dispenses high-end cars

The structure can hold up to 60 vehicles, including cars from Ferrari, Bentley and Porsche, which customers can buy and drive away with there and then.

The showroom is being dubbed the “world’s largest luxury car vending machine”.

Autobahn Motors, which started out selling used vehicles in conventional showrooms, has also eschewed the traditional sales processes. To buy a car, customers on the ground floor must first browse what’s on offer via a tablet device and then complete their purchase with a customized app.

Once paid for, cars are delivered within two minutes using an advanced system known as an Automotive Inventory Management System that manages vehicle retrieval.

The company says it has been approached by developers interested in using the system for parking services.

The “vending machine” structure, which opened in December, was chosen to make efficient use of space in land-scarce Singapore. It also helps the company stand out from its competitors.

The world's largest luxury car "vending machine" – The Autobahn Motors building in Singapore features a multi-storey window facade with 15 levels & 4 columns of exotic and luxury cars on display. Utilizing a state-of-the-art automated system to manage inventory and retrieval, it points towards a future of parking efficiency and space-saving innovation.

“We needed to meet our requirement of storing a lot of cars. At the same time, we wanted to be creative and innovative,” Autobahn Motors general manager Gary Hong told Reuters.

The company, however, isn’t unique in taking this approach to car sales. US company Carvana also uses vending machine-like towers to sell used cars and in March, it opened an eight-floor structure that holds up to 30 cars in San Antonio, Texas.