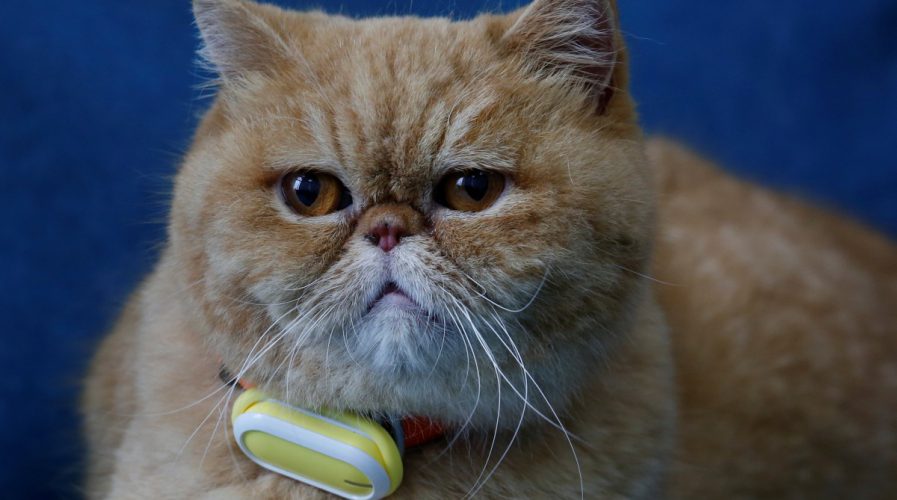 Though denounced as decadent and bourgeois in the Communist era, pet owning is back in vogue in China. Source: Reuters

ELECTRONIC device makers such as Hong Kong-listed SUGA and other start-ups are looking to cash-in on a boom in China in so-called pet wearables, like smart collars, leashes and feeders.

Pet ownership, denounced as a decadent and bourgeois habit after the Communist Party took power in China more than 60 years ago, has become popular again among the country’s growing middle class.

Lia Yang Liu, 39, a lecturer in Chinese literature at a Beijing university, bought a GPS tracker that attaches to her dog’s collar.

“The device really helped me once, when I loosened the collar and he just ran out of the park,” said Liu. She is sceptical of other products though.

“I think the commercials just exaggerate the effects. I don’t believe devices can translate a pet‘s language for us.”

The electronic pet device market in China is still quite small but by some estimates is growing by a fifth or even a quarter every year, drawing developers and producers such as PetPace LLC, Mars Petcare’s Whistle Labs Inc, i4C Innovations, Fitbark and DeLaval.

SEE ALSO:  How smartwatches and wearables are changing the way we work

Alfred Ng, chief technology officer at Suga, estimates China is now 5 percent of a global market that U.S.-based market intelligence firm Transparency Market Research estimates was worth $1 billion at the end of 2016.

Ng forecasts that China’s share of the market will jump to more than 20 percent by 2024, by which time Transparency Market Research estimates the global market will be worth at least $2.5 billion.

“There are more than 10 million pieces of wearable products for pets sold in the Chinese market every year,” Chen said.

IDTechEx, an independent market research firm, said there are 300 manufacturers of wearablepet gadgets globally and almost half are based in China. It predicted the number will rise to 500 as the market expands.

Ava Lui, 33, an IT professional in Hong Kong, has three cats and a dog and has fitted her pets with collars that can monitor their activity and food intake.

“I just wish that they will never get sick, they won’t get hurt. The less I take them to see vets the more time I can spend playing with them. That would be ideal,” she said. – Reuters