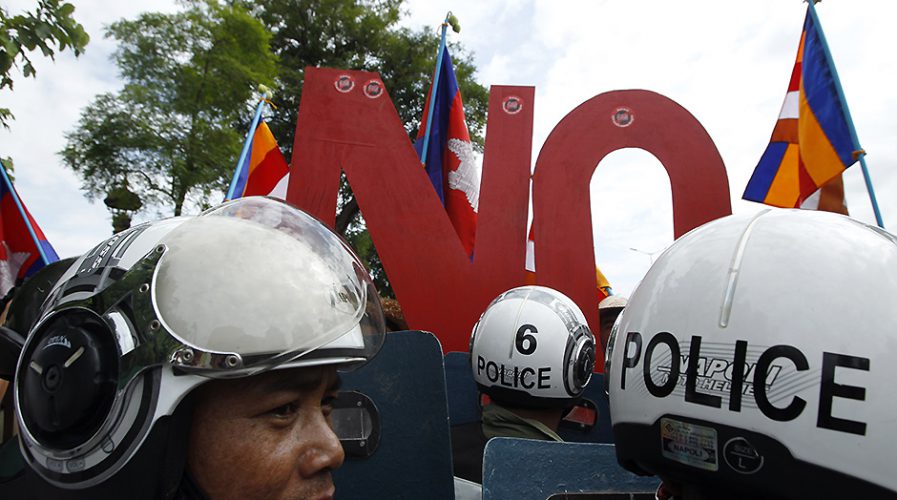 Riot police stand guard in front of a “No” sign held by protesters during a march towards the National Assembly in Phnom Penh, Cambodia, in 2015. Source: AP

How should tech companies handle terrorist and local security threats?

IN recent weeks, two explosions rocked the Quiapo area at the heart of Manila, Philippines. In one of those explosions, the explosive device – reported to be a pipe bomb – was delivered by a Grab Express rider. The bomb exploded shortly after the recipient accepted the package, resulting in the death of the rider and the recipient, who was reportedly a household staff of the intended target.

Similarly, such steps had been undertaken during fiestas and other events where a mass gathering of people usually leads to potential terrorism or security threats. Telcos would turn off their service for anywhere from half a day to two days, in cooperation with the National Telecommunications Commission and police – all in the name of ensuring public safety.

Jesus Christ, some bomb exploded in Quiapo exploded last week and it turns out it got delivered via Grab??? That's scary as hell

In Quiapo, the security concerns might be valid – just two weeks prior, a similar attack occurred in the same area, but with the Islamic State reportedly claiming responsibility for the bombing.

These developments beg the question: How far are tech companies going to protect their users against security threats like terrorism? Also, is it fair for service providers to deactivate phone and Internet service, which are today considered essential to daily life?

The Manila Police Department (MPD) has ruled out terrorism in the Quiapo blast involving Grab Express, citing the attack possibly targeted an individual. Still, this incident has raised concerns about safety in delivery and courier services. Notably, traditional service providers thoroughly inspect packages before conveyance, and also ban potentially explosive and hazardous items, such as chemicals, weapons and even rechargeable lithium-ion batteries.

While Grab has declined to comment due to the ongoing nature of investigation, the company cited its long-standing policy that empowers its drivers to inspect packages before conveyance.

“Grab will enforce more strictly, the rejection of all sealed packages for GE delivery, reinforcing the existing protocol on opening and inspecting all parcels prior to delivery,” the company said in a statement. 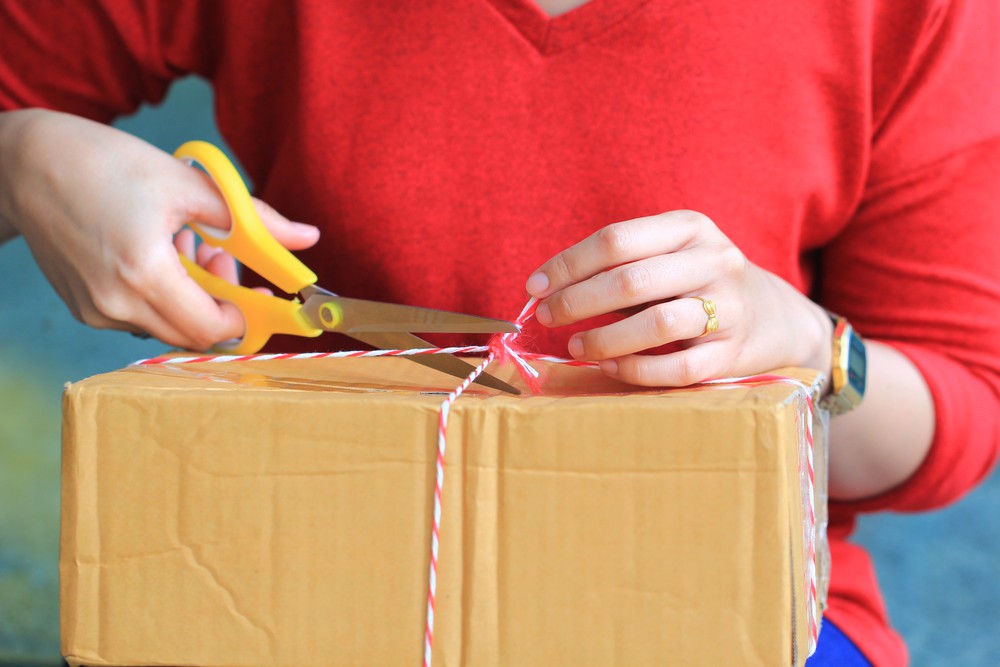 The question remains on why the Grab Express partner was not able to inspect the package in the first place. Perhaps it was in the name of expediency? With respect to the deceased, it is perhaps something left to hindsight. And there is concern on whether Grab, as a service provider, had some lapses in its policies and procedures, which made it easy for the sender to consign a dangerous item for conveyance.

Turning off public service in the name of security

In developing economies like the Philippines, mobile data service is a driver of Internet connectivity, with users leapfrogging from desktop and laptop computers and jumping straight to mobile devices. For many, smartphones have overtaken landlines as the primary means of local communication.

According to a recent report by infrastructure provider Ericsson, smartphone usage in the country will rise to around 70 percent by 2018, underscoring the importance of mobile data connectivity for most of the country’s population who do not own computers and whose first “computer” would be their smartphone.

Thus, for any person who relies on cellular networks for calls, texts and Internet connectivity, having network service disabled for hours or even days can be disadvantageous. Imagine how debilitating this could be for businesses that rely on mobile data and cellular service for transactions.

The question here relates to the necessity of turning off cellular service during sensitive security situations. The same situation arose during the “Sinulog” festival in Cebu City, as well as the Feast of the Black Nazarene in Quiapo – both in January – when both telcos turned off service for security purposes.

Smart Communications public affairs head said telcos usually complied with regulatory orders in these matters. “If authorities instruct us to temporarily suspend our wireless services in the interest of public safety, we will comply,” he said.

Officials have cited the use of alternative means of communication and coordination. ““Families should agree where to meet in case they decide to part ways during the procession or the Sinulog or when there will be emergencies. For members of the media, the alternative way of communication is the handheld radio,” said Cebu City Councilor Dave Tumulak, deputy mayor on police matters.

Cellular service usually becomes overloaded during disasters and terrorist attacks — as can be expected when users panic and call to check on their loved ones. Thus, one, aspect of “prepping” or disaster preparedness involves off-grid communication capabilities, part of which can include license-free radio usage or the amateur radio service.

However, such communication alternatives might not be available to the masses (especially those that require licenses), and these might not always be a viable means of mission-critical activities by businesses.

For now, it’s probably easy for consumers to point fingers or to complain against service providers that provide conveyance like Grab, or access to communications like Globe and Smart. We have taken these service for granted and have enjoyed the benefits of having an on-demand infrastructure we can rely on for personal or business needs.

However, as with any technology, there is a potential dark side that unscrupulous users can take advantage of. With these past events, what is important is that both service providers and users, as well as authorities, can learn the lessons in order to better ensure security.