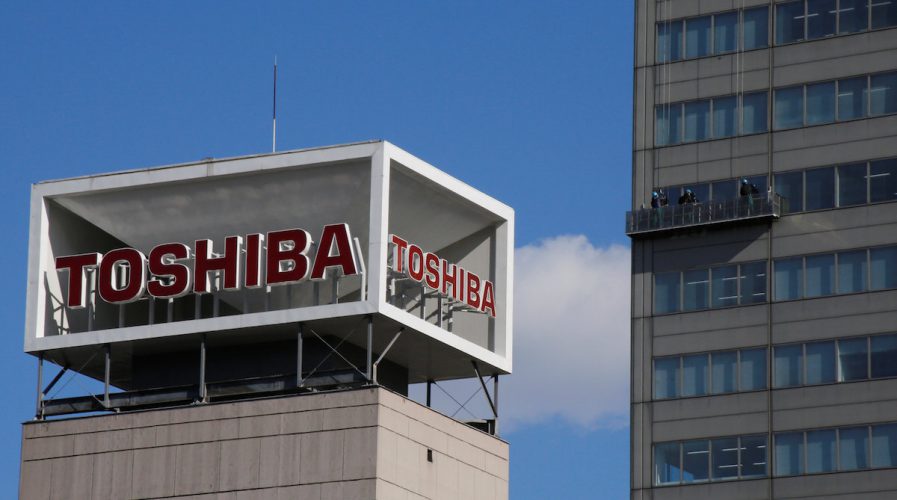 AMERICAN multinational private equity firm KKR & Co. is reportedly in talks with Toshiba Corporation in regards to a pre-emptive bid for the company’s memory chips business, according to Bloomberg.

The deal could end negotiations with other potential bidders.

Japanese Toshiba is said to be keen on the proposal from KKR and Innovation Network Corp. of Japan (INCJ) as it would simplify regulatory approval and deliver a much need cash injection quickly, sources who asked not to be named told the news outlet.

SEE ALSO: US, Japan in talks to prevent China acquiring Westinghouse – US official

Toshiba is hoping to plug a gap in its balance sheet after enormous losses in its Westinghouse nuclear subsidiary. The semiconductor business, which makes memory chips for mobile phones and other devices, is its most valuable asset.

The struggling company is the second-biggest NAND chip producer, tailing behind Samsung Electronics.

KKR indicated to the sources it would pay JPY1.8 trillion (US$16 billion) to JPY2.1 trillion (US$18.5 billion) for the memory chips business. KKR’s partners include Development Bank of Japan Inc.

Western Digital Corp chief executive officer plans a trip to Japan this week to discuss joining the KKR and INCJ in the deal, another person said. The involvement of both could help any potential acquirer win approval from the Japanese government.

However, Toshiba is said to be deliberating the offer and still may proceed with an auction. Other companies after the business include Taiwan’s Hon Hai Precision Industry Co., South Korea’s SK Hynix Inc. and Broadcom Ltd.

@westerndigital #KKR #INCJ can save #toobigtofail @toshiba from getting delisted. But can they save #NAND biz? https://t.co/Uo7opdmJmP pic.twitter.com/PxC9NDIkId

Other bidders, however, may struggle to close a deal quickly. For example, Hon Hai has indicated it could pay as much as JPY3 trillion (US$26.5 billion), but the Japanese and US governments could potentially oppose the sale because of the opportunity for the Taiwanese company to shift Toshiba’s technology into China.

Toshiba is aiming to complete the sale by March 2018.