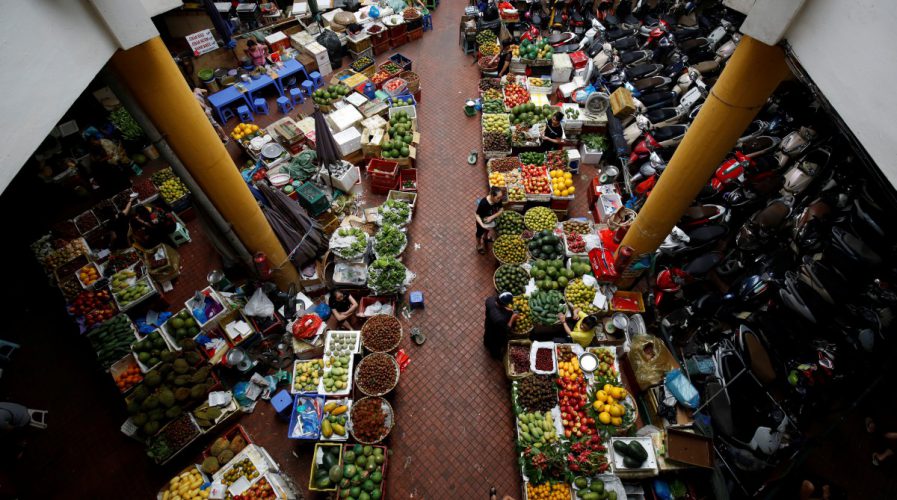 VIETNAM’S Prime Minister Nguyen Xuan Phuc said on Tuesday he would sign deals for United States goods and services worth US$15 billion to US$17 billion during his visit to Washington, DC, mainly for high technology products and services.

“Vietnam will increase the import of high technologies and services from the US, and on the occasion of this visit, many important deals will be made,” Phuc told a US Chamber of Commerce dinner.

Phuc, who is due to meet US President Donald Trump on Wednesday at the end of a three-day US visit, did not provide any further details of the transactions.

Phuc’s comments came after US Trade Representative Robert Lighthizer expressed concern about the rapid growth of the US trade deficit with Vietnam, saying this was a new challenge for the two countries and he was looking to Phuc to help address it.

“Over the last decade, our bilateral trade deficit has risen from about $7 billion to nearly US$32 billion,” Lighthizer said. “This concerning growth in our trade deficit presents new challenges and shows us that there is considerable potential to improve further our important trade relationship.”

Lighthizer and other Trump administration trade officials have pledged to work to reduce US bilateral trade deficits with major trading partners. The US$32 billion deficit with Vietnam last year—the sixth largest US trade deficit—reflects growing imports of Vietnamese semiconductors and other electronics products in addition to more traditional sectors such as footwear, apparel and furniture.

SEE ALSO: Infosys pledges over 10k American hires amid pressure from US govt

The trade issue has become a potential irritant in a relationship where Washington and Hanoi have stepped up security cooperation in recent years given shared concerns about China’s increasingly assertive behavior in East Asia.

Phuc’s meeting with Trump makes him the first Southeast Asian leader to visit the White House under the new administration.

It reflected calls, letters, diplomatic contacts and lower-level visits that started long before Trump took office in Washington, where Vietnam retains a lobbyist at US$30,000 a month.

Vietnam was disappointed when Trump ditched the 12-nation Trans-Pacific Partnership (TPP) trade pact, in which Hanoi was expected to be one of the main beneficiaries, and focused US trade policy on reducing deficits. – Reuters