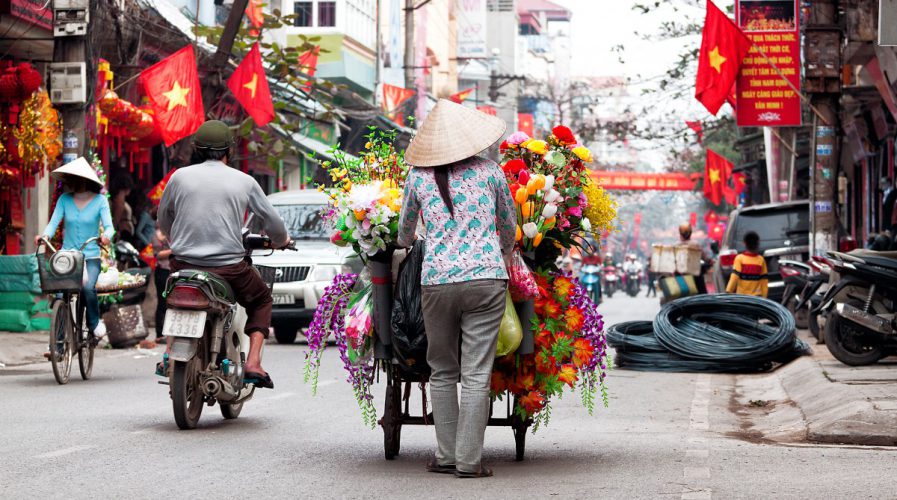 Vietnam is home to an exploding population of young people, rising numbers of Internet users and fertile ground for startups looking for a start. Source: John Bill/Shutterstock

Vietnam may be Southeast Asia’s tech jewel – but is it clamping down on dissent?

Vietnam is a country with a troubled past but very bright future. It has arrived on the radar of foreign investors due to its booming economy and attractive demographics—a quarter of Vietnam’s population of 95 million is 14 and younger, with 70 percent between the ages of 15 and 64.

Besides being home to a young population whose numbers are only going up, Vietnam also has a fast-growing base of Internet users. As reported by e27, official government figures indicate that there are over 49 million Internet users in the Southeast Asian country, and 45 million social media accounts.

Vietnam is, contrary to the belief of those who have never set foot in the country, a very connected place. Surprisingly fast public WiFi is available virtually anywhere in its large cities, where one could effectively hop from cafe to cafe without ever purchasing a SIM card. While there were a number of incidents last year where social media sites were blocked due to citizen protests—Vietnam is a communist country that is pragmatic enough to boast a “free Internet.”

Despite setbacks, Vietnam’s Internet is far freer than China’s, although it’s unclear whether it’ll be able to fully embrace the demands of the digital age—an era that comes with expectations of unbridled freedom of speech.

The latest developments during a parliamentary committee meeting shows this struggle. Truong Minh Tuan, who is the Minister of Information and Communications, revealed that the government hopes to encourage “Vietnamese tech companies to build local replacements for platforms such as Facebook and Google,” which is a part of a campaign to “strengthen cyber security.”

Truong said that fake news surrounding anti-government content has grown uncontrollably on Facebook, and is seen as “distortions, defamations, and fabrications” that do not comply with regulation. This type of content is usually found on international platforms, which is why the government hopes to curb the proliferation of fake news with the creation of local social networks that are more law abiding.

This all sounds very familiar, as we are all aware of the world superpower that underwent speedy economic growth and created its own social networks for the local market. Curbing the spread of misinformation is one thing, but to create social networks to control anti-government content? That’s censorship.

Although Vietnam doesn’t have a ‘Great Firewall’ like China, the government has still tried to interfere with the consumption of online content. In March, dozens of popular Facebook fan pages were mysteriously deleted without warning. The pages, which had millions of likes, had been told that they had “violated Facebook’s terms of use” before removal.

As Vietnam modernizes quickly, so will the growing appetite for a free Internet, and it’s not clear whether the mere existence of homegrown social networks will be able to wean Internet users off the Facebooks and Googles of the world.