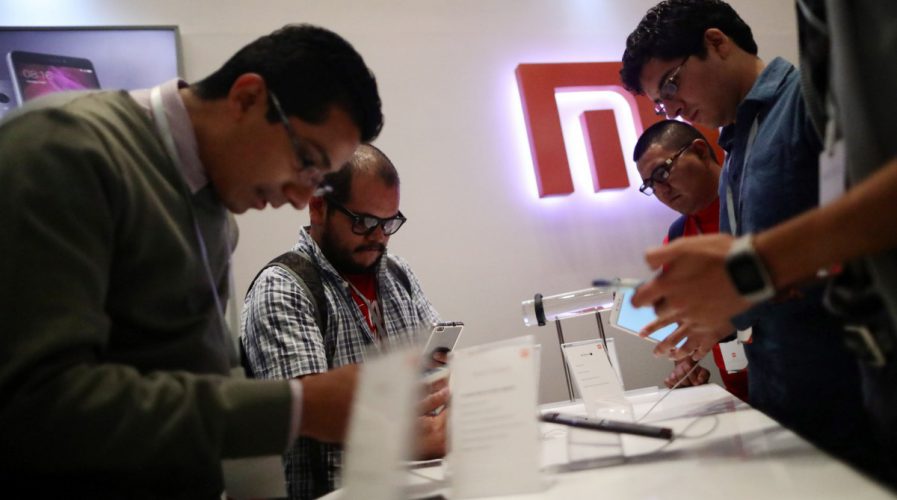 Customers gather during a Xiaomi presentation in Mexico City, Mexico, on May 9, 2017. Source: Reuters/Edgard Garrido

EMBOLDENED by its great success in India, Xiaomi is now broadening its reach to North America and launching in the most unexpected of markets.

As reported by TechCrunch, the Chinese smartphone maker has just announced it plans on expanding to the continent via Mexico. Xiaomi fans there will be able to buy the Redmi Note 4 from a number of retail shops, including Best Buy and Sam’s Club by end of the month. The Note 4 phablet is the company’s first bet, but it plans on also offering the slightly smaller Redmi 4X in the future.

Starting our first ever Xiaomi Mexico launch in just 2 hours at 1pm CDT! Check out our livestream at https://t.co/yX3nokIYPO. 🙂 @Xiaomi pic.twitter.com/66kmgIMEvb

Upon closer look, the launch in Mexico is not as surprising as previously thought. Xiaomi has sold phones in the country before, just through local partners. And it’s viewing Mexico as the gateway to a larger, more lucrative market.

“Mexico is a really important market for us and acts as our starting point to reach the rest of Latin America,” Xiaomi director of product management and marketing Donovan Sung said.

Besides the phones, Xiaomi will also be launching its Mi Community app in Mexico, which is a platform for fan engagement and to also keep users abreast of the latest launches and offers.

Mexico isn’t Xiaomi’s first foray into Latin America, as former international exec Hugo Barra had tried in the past to bring the company into his native Brazil. The expansion didn’t pan out after the company suffered taxation and manufacturing policy issues. Unfazed by failure, Xiaomi is keen on giving Latin America a second try.

Global expansion is an important next move for Xiaomi, as it has been overcrowded for quite some time in its home market China. Its rivals – Huawei, Oppo, and Vivo – have taken after Xiaomi’s strategy of providing low-cost, high-quality devices available through offline sales channels and they have successfully taken the smartphone maker down a notch.

Chinese smartphone maker @xiaomi has got its eyes on expanding in Latin American market, starting to sell two of its phones in Mexico pic.twitter.com/CL7Rty3B6T

Mexico can also be seen as a strategic location, as it straddles the US and South American markets geographically and culturally.

The company may be looking at a “two birds, one stone” approach with this launch: Win over Spanish smartphone users, while making its devices available to Americans. That is, only if they’re willing to hop across the border to go phone shopping.