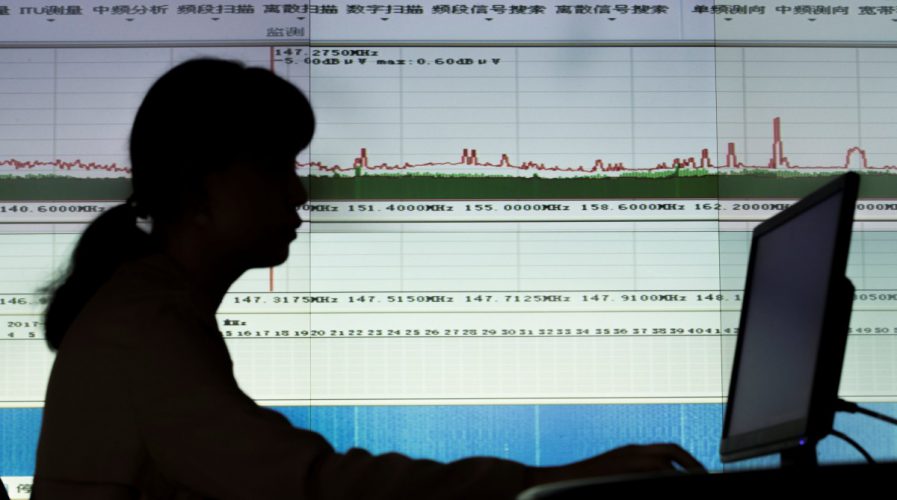 A staff member is silhouetted as she operates a system to detect wireless activity in examination venues during a presentation to the media in Taiyuan, Shanxi province. Source: Reuters

So high are the stakes and so competitive is the exam that some students resort to cheating.

Over the years, students have used wireless cheating devices disguised as erasers, belts and watches. Some also use tiny earpieces to communicate with accomplices helping them outside the exam room.

The innovations have forced authorities to step up their game in response.

Exam centers this year have deployed metal detectors, facial and fingerprint recognition technology, cellphone-signal blockers, wireless detectors and even drones in their fight to root out cheating, media reported.

Even before the exam kicked off in earnest on Tuesday, security officers had arrested 52 people nationwide. Cheaters and their accomplices face up to seven years in jail.

Universities in Shandong province have banned students from taking leave on Tuesday and Wednesday, to prevent any of them from posing as real exam takers, the official Xinhua news agency said on Wednesday.

Cheating is more common for papers that include multiple choice questions such as mathematics and English.

Some papers, however, such as essay-writing, confound the cheats.

Essay-writing is an important section of the Chinese paper, and topics vary from province to province.

In Beijing, students this year had to write about either their vision of China in 2049, the centennial of the foundation of the People’s Republic of China, or about relationships. 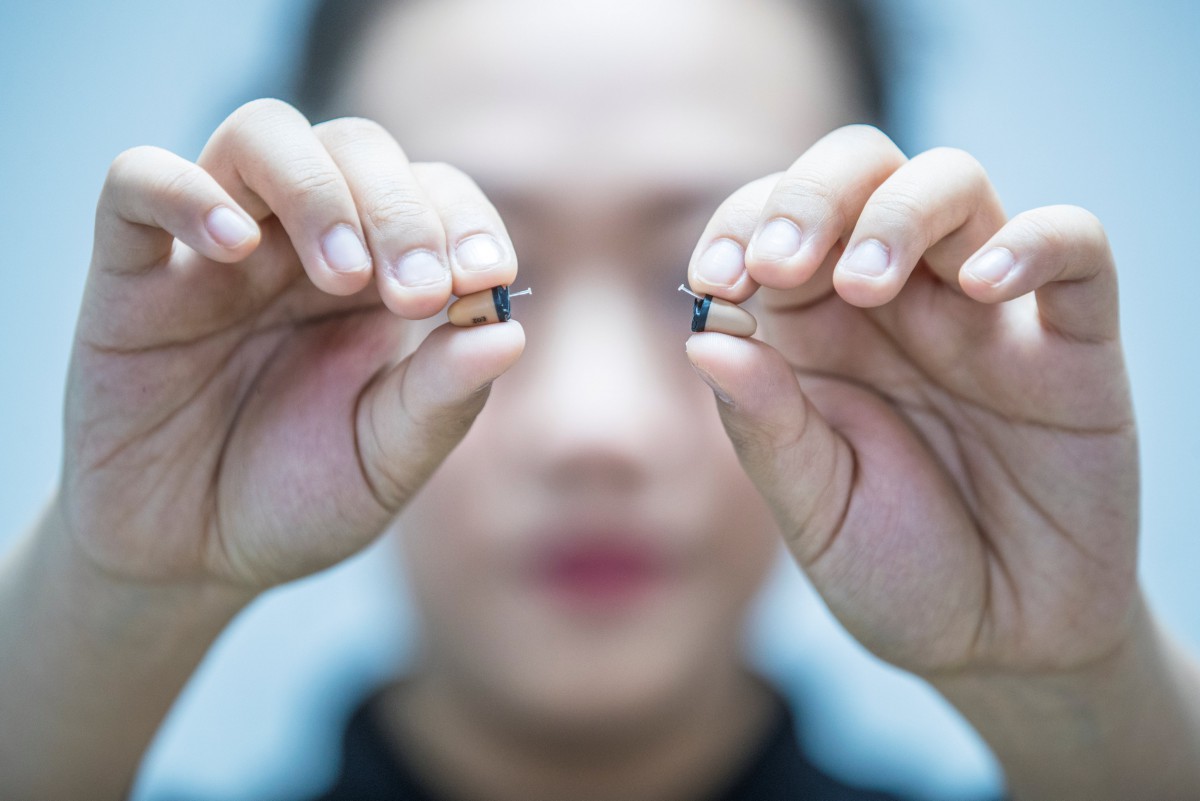 A woman holds a pair of earpieces during a presentation to the media in Taiyuan, Shanxi province, China, on June 6, 2017. Source: Reuters

Students in nine provinces were told to introduce China to foreigners using keywords like “Belt and Road initiative”, “bike-sharing”, “high-speed railway” or “mobile payment”, in a test of their knowledge of economic trends.