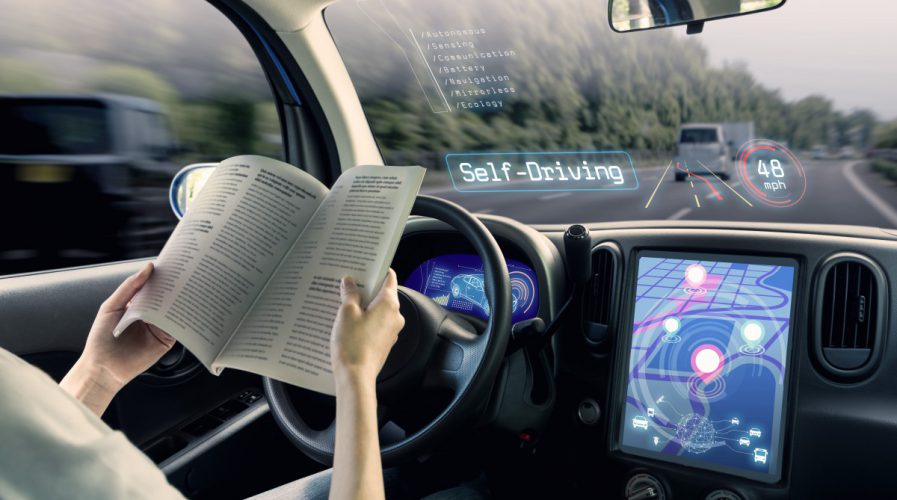 The Intel study suggests passengers will find they will have more free time as commutes become hands-free. Source: Shutterstock

Driverless cars will fuel ‘passenger economy’ of the future

A MAJOR study carried out by Intel and research firm Strategy Analytics has revealed the boom in driverless cars will not only create a US$41.7 billion market by 2025, but will also spur the growth of ancillary markets, particularly the “passenger economy”.

According to the study, as reported by CNET, the passenger economy can expect to be worth an estimated US$7 trillion all on its own, and will include a variety of services such as ride-hailing, courier services and in-vehicle entertainment.

The arrival of autonomous cars will free up drivers to pursue a range of activities, such as video conferencing with colleagues, food preparation, or even just kicking back to a television series in the middle of traffic. It’s expected self-driving cars will do for the passenger economy what commuting did for entertainment mediums such as mobile video and gaming, and podcasts.

The study also took into account the amount of advertising revenue that might be raised as a result of more ads being served to passengers, more efficient travel due to less congestion, as well as the type of delivery.

It can be expected overall productivity will go up with the onset of the driverless car revolution, as it would free up attention as well as time and money, due to fewer human errors. The Intel study suggests passengers will find they will have more free time as commutes become hands-free.

The new passenger-centric vehicle economy will also herald a revolution in designs, with car cabins including more social seating layouts, with passengers able to face each other rather than forward. Cars might even come with additional screens for viewing entertainment or conducting video calls.

That being said, a large percentage of the estimated number will originate from customer demand for driverless car rides. A projected US$3.7 trillion will be generated from 50 percent of current drivers who will opt to take car rides rather than own their own vehicles.

A further US$3 trillion will come from courier and business services, while a variety of other ancillary businesses will make up the other US$200 million. These could involve a variety of services, such as mobile manicure services to pet chauffeur businesses.