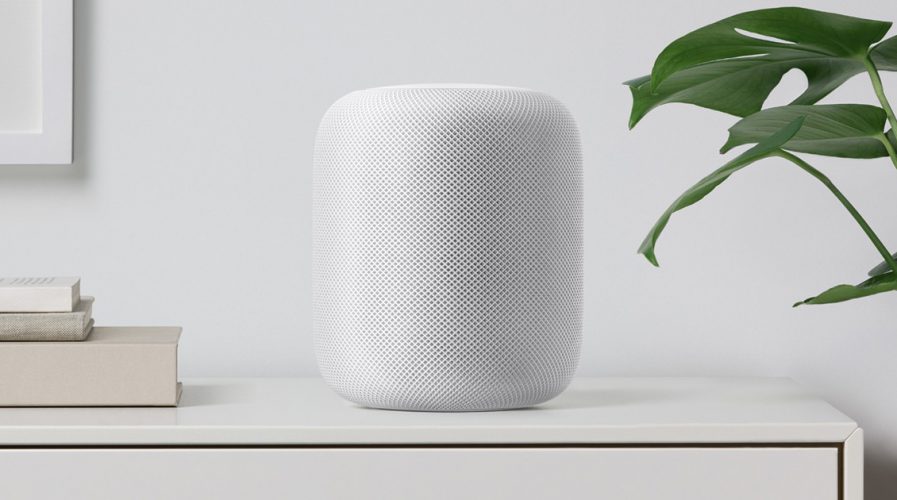 At US$349, the HomePod has a lot to prove if it truly wants to compete with Amazon’s Alexa and Sonos. Source: Apple

DESPITE the usual software-heavy playbook that gets trotted out at Apple’s annual Worldwide Developers’ Conference (WWDC), this year’s offerings include a wide array of hardware updates, including a home-centric smart speaker aimed at competing with Amazon’s Alexa, a souped-up new iMac and some cool VR/AR updates.

WWDC did not disappoint today. Here’s a recap of everything Apple unveiled pic.twitter.com/RvTSrp7qsd

Here is Tech Wire Asia’s roundup of the most significant news to come out of the conference.

The HomePod is the newest kid on the block, built to look like a seven-inch roll of toilet paper and made to go head-to-head with Amazon. It’s Apple’s very first attempt to crack the smart speaker market, and is powered by Siri’s familiar inoffensive voice and its AI technology.

“We want to reinvent home music,” Apple CEO Tim Cook said during the WWDC keynote, according to TechCrunch. The HomePod is largely focused on speaker quality, with the company’s senior vice-president, Phil Schiller saying the speakers are meant to hit a sweet spot between Sonos and Amazon’s offerings.

Sonos debuted on the market with its unique smart speaker approach, combining connectivity to multiple streaming services (via its app) with high-end speakers that have remained a fan favorite. Amazon’s Alexa, on the other hand, has the advantage of being in the market for a while now. Its AI-functionality has grown increasingly sophisticated to include connectivity with smart home applications, Amazon’s marketplace, and a gamut of virtual assistant applications.

In comparison, Apple’s delayed entry into the market means it will be an uphill climb for the company to prove itself. The HomePod is reported to come with an A8 chip, seven beat-forming tweeters, precision acoustic horns and a four-inch woofer – all of which must work together to deliver an out-of-this-world listening experience if it wants to justify its US$349 price tag.

Though its marketing strategy as the middle ground between Sonos and Alexa is sound, Apple’s HomePod has a few drawbacks: the device works best with Apple Music – evidence Apple has few qualms about drawing customers further into its ecosystem – but will inevitably raise ire from customers of Spotify, Tidal and other streaming services. Some commentators noted the device’s decided lack of a Siri-focus will mean it will fall short of Alexa’s capabilities.

All things considered, as Apple’s first hardware announcement since 2014’s Apple Watch, the HomePod is a welcome sign Apple might be bringing back the hardware goodness that first helped make its name.

Another hardware offering that has been hotly anticipated was the new iMac Pro, a refreshed version of the company’s all-in-one workstation. It’s quite a doozy, packed with some of the latest integrations available.

While the new iMac is essentially the same design and feel of the 2015 version, the Pro version is a monster of a machine, with an equally monstrous price point (it costs US$5,000 at its most basic level, far and above anything a PC would cost). The new iMac will come complete with an Intel Xeon processor, brighter screens, an insane amount of memory (capping at 128GB of RAM), and the ability to support VR and AR development software.

“That iMac pro really is pretty badass,” Cook said after the reveal, according to Tech Crunch. 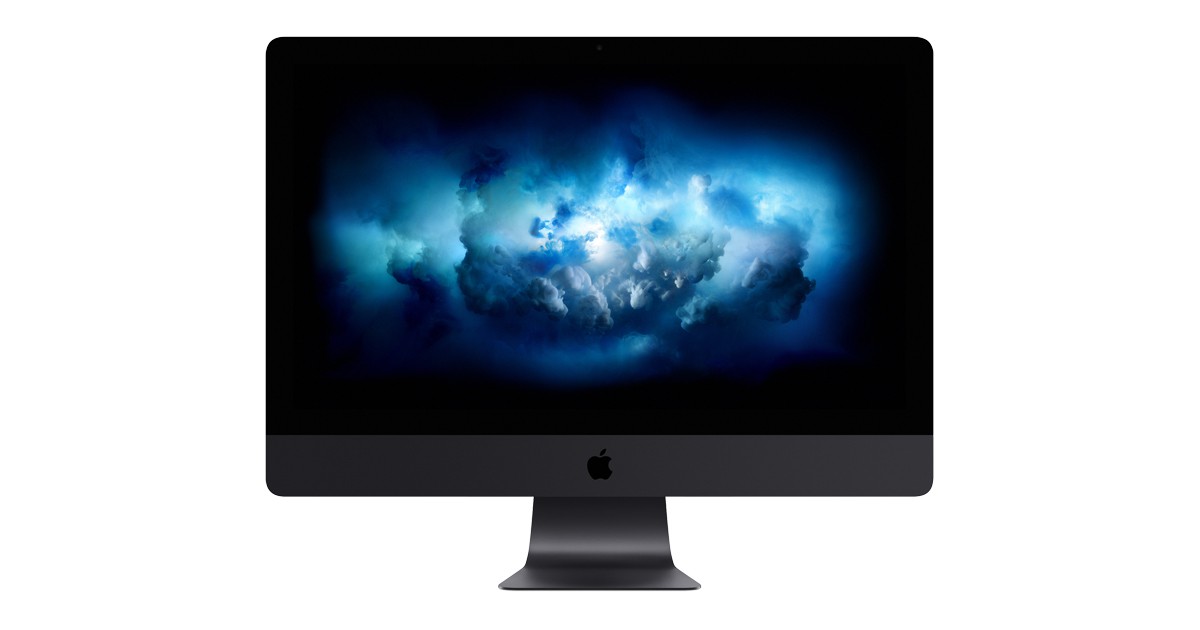 The new iMac Pro comes with some monster new specifications to match its US$5,000 price tag. Source: Apple

Despite Apple pitting itself against Amazon on the smart speaker front, the two companies have finally concluded talks to work together on smart TVs, with Apple making Amazon Prime Video service available on Apple TV. Amazon has claimed much success from its massive content library, as well as its multiple-Oscar Award-winning original content.

On Apple’s end, it’s a great way to lure people back to their TV offerings, whose reception has been lackluster at best. It seems like a win-win relationship for the two companies – except for the obvious clash of interests.

There has been little word as to whether Amazon will bring Apple TV back onto their marketplace after halting sales in 2015 to enable more sales of its own FireTV sets. Two years ago, the e-commerce giant explained away questions by saying it didn’t want customers to be confused when they didn’t find Amazon Prime on a set they bought from the company.

No matter the ultimate outcome, customers will ultimately suffer due to the lack of choice between devices and streaming services.

“Whenever these companies try to freeze each other out, the consumer always loses,” said Paul Verna, an analyst at research firm eMarketer, to Reuters. 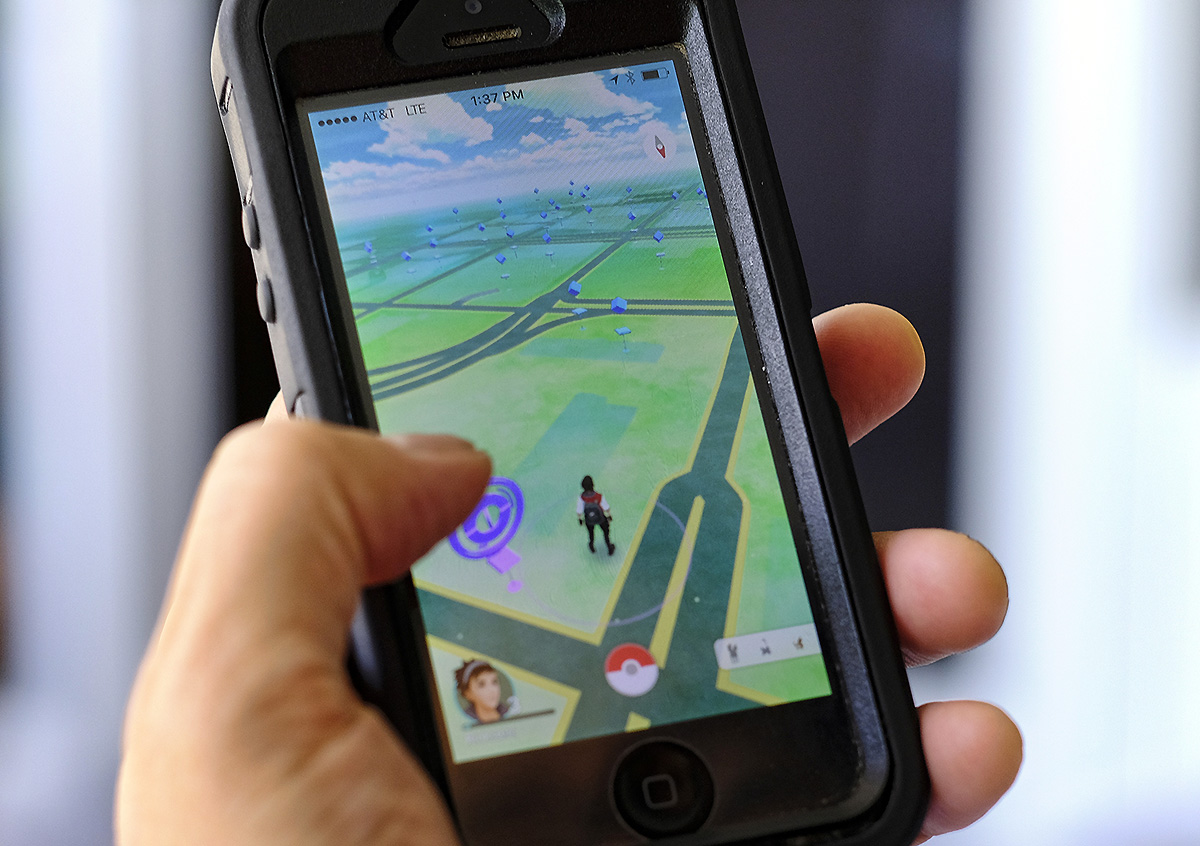 Just days after being made available in the US, Pokemon Go has jumped to become the top-grossing app on the App Store. Source: AP

Hardware wasn’t the only one to get a moment in the limelight during the keynote speech; Apple revealed a refreshed version of the macOS, called High Sierra (compared to the current Sierra program). The new software is boasted to be the fastest browser around – of course we’ll wait and see if that’s true – after the company tweaked Safari a bit.

The browser will also come equipped with some fresh security improvements, including Intelligent Tracking Prevention, which is designed to protect your Internet anonymity, and block unwanted advertising and dreaded autoplay videos.

More exciting is the new virtual and augmented reality software touted out as a future offering. Presumably the addition of VR/AR tech is meant to entice those enchanted with the Pokemon Go games, and will give developers who want to begin foraying into AR apps for iOS devices. The new tools were presented by Wingnut AR founder Peter Jackson, who also directed Lord of the Rings.

We got a first look at Apple's new iPad Pro https://t.co/hqO0ezruZu #WWDC17 pic.twitter.com/FzlsP9ho7Q

The professional version of the playful iPad is also getting an upgrade – despite a similar 9.7-inch processor, the new version will include a 10.5-inch screen and sleek bezels, bringing the device down to just under 0.5kg. The extra-large screen is coming complete with a full-sized on-screen keyboard.

The new iPad doesn’t just get a larger screen, it’s also strong – it’s built with a new six-core A10x CPU, 30 percent faster than its previous model, while the base model has 64GB of memory. The rest stays the same though – 10 hours of battery life, 12MP rear camera and 7MP in the front. All of these new specs will surely keep the iPad edging out its competitors, though it might face some competition from the latest Microsoft Surface.

The App Store is being refreshed with a new interface after complaints from developers it’s difficult to reach out to new customers. Also getting some new interfaces are Apple’s Control Center feature, as well as the Apple Watch, which is receiving a new operation system, OS 4.