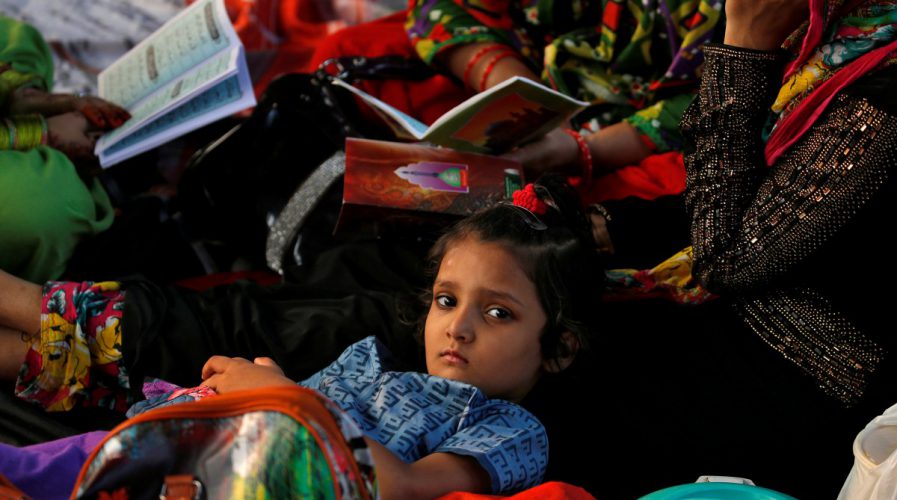 The My Choices Foundation harnesses the power of big data to identify those at risk of being trafficked. Source: Reuters

AN INDIAN charity is using big data to pinpoint human trafficking hot spots in a bid to prevent vulnerable women and girls vanishing from high-risk villages into the sex trade.

My Choices Foundation uses specially designed technology to identify those villages most at risk of modern slavery, then launches local campaigns to sound the alarm.

“The general Indian public is still largely unaware trafficking exists, and most parents have no idea their children are actually being sold into slavery,” My Choices Foundation founder Elca Grobler said.

“That’s why grassroots awareness and education at the village level is so important to ending the human traffic trade,” Grobler said in a statement released late on Tuesday.

The analytics tool – developed by Australian firm Quantium – uses a range of factors to identify the most dangerous villages.

There are an estimated 46 million people enslaved worldwide, with more than 18 million living in India, according to the 2016 Global Slavery Index. The Index was compiled by the Walk Free Foundation, a global organisation seeking to end modern slavery.

Many are villagers lured by traffickers with the promise of a good job and an advance payment, only to find themselves or their children forced to work in fields or brick kilns, enslaved in brothels and sold into sexual slavery.

Almost 20,000 women and children were victims of human trafficking in India in 2016, a rise of nearly 25 percent from the previous year, according to government data.

While India has strengthened its anti-trafficking policy in recent years, activists say a lack of public awareness remains one of the biggest impediments.

But with more than 600,000 villages across India and limited resources, the charity teamed up with Quantium to build the new data tool and use methods old and new to fight the criminals.

“We are helping to banish human trafficking, one village at a time, through a combination of highly sophisticated technology and grassroots … education,” Grobler said. – Reuters