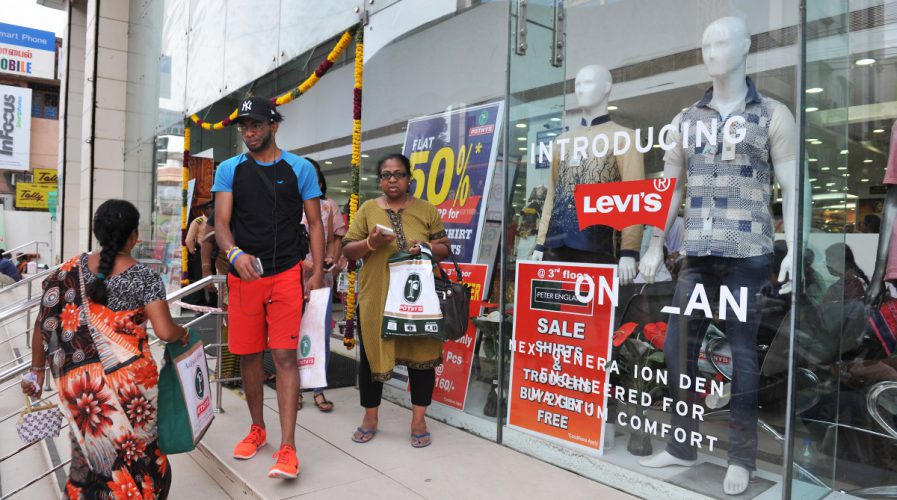 The growth of the retail sector in India has been credited to to rapid urbanization and a growing middle class. Source: Shutterstock

INDIA has overtaken China in an index ranking developing countries in terms of their attractiveness for retail investment.

The Global Retail Development Index, an annual report from management consulting firm A.T. Kearney, said the ranking was based on the countries rapidly expanding economy, a major increase in consumer spending and the government’s easing of Foreign Direct Investment rules.

Total sales passed the US$1 trillion mark last year and the sector has been growing at an annual rate of 20 percent, the report says, and it is expected to double in size by 2020. The report said this was down to rapid urbanization and a growing middle class.

“India’s top ranking is a clear vote of confidence in its retail market and vast growth potential,” Debashish Mukherjee, partner with A.T. Kearney and head of the consumer industries & retail products practice for India, told Livemint.

The market has benefited from the rapid growth in e-commerce, which is projected to grow 30 percent annually and reach US$48 billion by 2020. But the report said the Indian government’s efforts to relax foreign investment regulations, particularly in the commerce sector, have been integral to the sector’s success.

Last year, it changed rules to all 100 percent foreign ownership of food retailers and B2B e-commerce businesses. Despite this, there is growing pressure on the government to allow direct foreign investment in consumer facing retail businesses.

The report also said China was still a close second. Despite slower overall economic growth, the market’s size and dominance in e-commerce still make it one of the most attractive markets for retail investment.