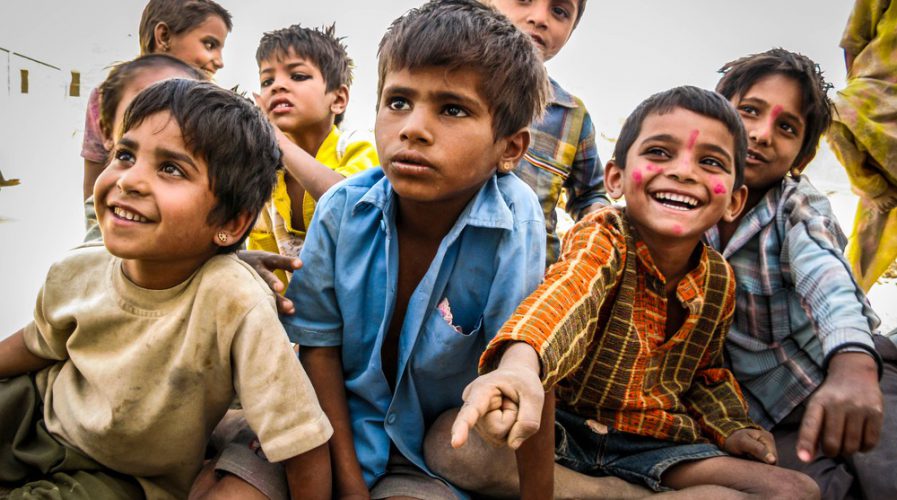 The magic of television is being brought to villages in India thanks to solar satellires. Pic: R.M. Nunes/Shutterstock

Simpa Networks, which began operations in 2011, is one of the thousands of social enterprises in India tapping into the renewable energy market in a country where one-fifth of the 1.3 billion population has no access to electricity.

With the majority of those without power from poor communities in countryside, the company focuses on selling solar powered products such as LED lights, phone charging points and fans on financing to rural homes and shops in northern India.

“We see a tremendous opportunity in rural areas where demand for energy is growing even faster than supply,” said Simpa Network CEO Piyush Mathur in a statement.

“Rooftop solar has a role to play in both off-grid and on-grid areas. In many cases, it’s the fastest and least expensive way to get power into the homes and businesses in rural areas.”

“Simpa Magic TV” provides over 100 satellite channels with content ranging from comedy and entertainment to news, movies and music, and costs INR25,000 (US$390) – the same as a non-solar equivalent.

The system, which includes an 80 W solar panel, 20″ energy efficient LED television, battery, solar charge controller, is available on a repayment plan of up to 36 months. Interest applies but the company declined to provide approximate rates. Customers make an initial payment to have the system installed then use a pay-as-you-go model for the electricity. The payments contribute to total cost and, once fully paid, the customer owns the system and the electricity is free.

The service, which was launched on Wednesday, has around 350 customers so far in the northern state of Uttar Pradesh.

Simpa uses its “SmartPanel” technology which enables remote monitoring and control of the rooftop solar panel. Customers prepay for the energy and the SmartPanel delivers power until the prepaid credits expire and the customer must then recharge.

The company said the payment plan is effective as such technology would be unaffordable for most rural families. With no credit history, most are considered “unbankable” and would not be able to access loans easily, it said.

Given solar television service is new and few know how to use and maintain it, the company said, Simpa has trained rural solar technicians who are responsible for installation, after-sale services and monthly collection of payments. – Reuters