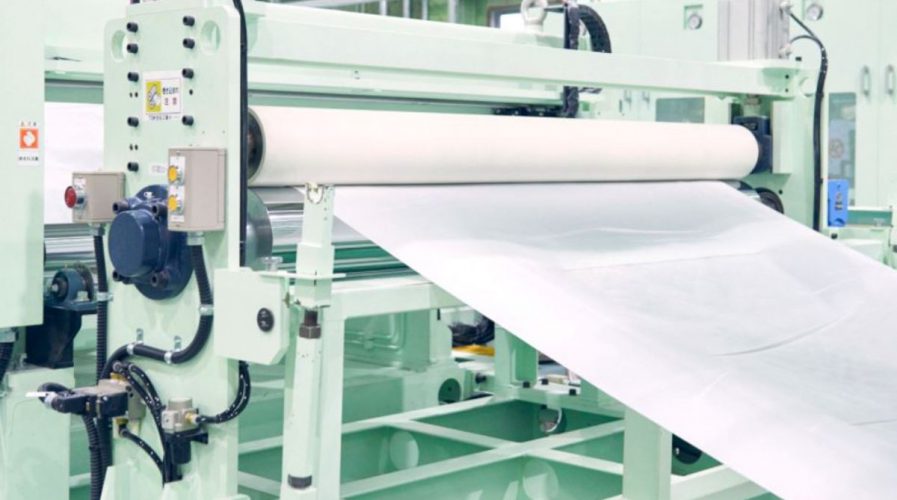 Japanese startup makes limestone-based paper to save our future

A JAPANESE entrepreneur has a bold ambition to produce paper from limestone in an effort to develop an alternative to plant-based paper whose sources are rapidly depleting due to deforestation and water shortages.

Nobuyoshi Yamasaki has said his innovation, made from an “almost inexhaustible” resource, could revolutionize paper-manufacturing and circumvent future paper shortages. According to Yamasaki, in an interview with Bloomberg, global demand for paper is expected to double by 2030, despite the fact the world is still rapidly shedding many of its forest resources.

“Paper is cheap and hard to sell,” Yasuhiro Nakada, an analyst at Mitsubishi UFJ Morgan Stanley Securities Co., tells Bloomberg. “Making paper from wood chips involves planting trees, which can be carbon-neutral, so I’m not sure how much appeal this will have from an environmental perspective.”

His company, TBM Co., has developed a product called Limex paper, which does not require water for production, unlike regular paper which consumes 100 tonnes of water for every tonne produced. A tonne of limestone paper also uses less than a tonne of limestone and 200kg of polyolefin, a kind of plastic —compared to the 20 trees that would be required to make a comparable amount.

A tonne of Limex is made from less than a tonne of limestone and around 200kg of polyolefin. Source: TBM

“I want to end my life as an entrepreneur by creating a company that will last for hundreds of years,” Yamasaki tells Bloomberg.

“Our material will play an active role in many places as the world faces population growth and water shortage.”

TMB appears to be getting some solid feedback from interested parties, as the company has recently raised JPY1 billion (US$9.1 million) from an existing backer and a potential listing is in the books. For now though, TBM earns most of its profits by making business cards, which is more durable than the average type, and its water-resistant nature means it can be written on underwater.

SEE ALSO: China’s renewable energy program is slowing due to lack of upgrades

Yamasaki has signed on Sushiro Global Holdings Ltd. and will be producing menus for 400 restaurants across Japan.

He was inspired while in Taiwan, where a stationeries shop was peddling stone-based paper. He decided to produce his own spin on it. The many disasters that struck Japan in the last decade cut his factories’ production off at the knees, but the almost miraculous nature of his product turned heads everywhere.

Ultimately, his goal is to have his product proliferate enough to generate JPY1 trillion in revenue in the next 15 or so years. His company is looking to open factories in the limestone-rich locations of the world, including Morocco and California. That might be a stretch for a relatively young company, but for the short term, he’s looking forward to opening a Japanese plant by 2020.