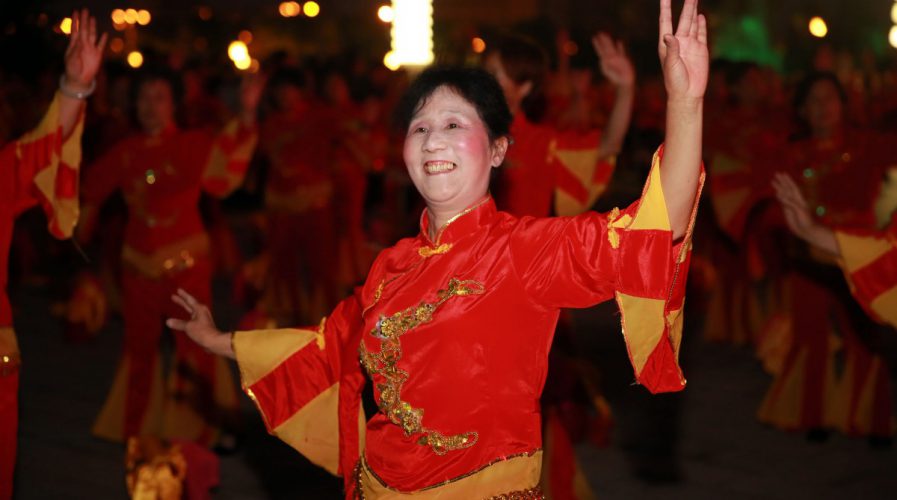 The square dancing industry is worth approximately US$146 billion and is extremely popular among middle-aged women. Source: Shutterstock

WHEN one sees a group of small, middle-aged women dancing in perfect harmony to loud pop songs, the thought of these dances being fueled by technology likely does not come to mind – yet, that’s exactly what’s happening with China’s square dancing community.

According to TechNode, this very specific community, adorably nicknamed “dancing grannies”, is the driving force behind a new wave of innovation. The square dancing industry alone is worth RMB1 trillion (approximately US$146 billion) and is extremely popular among middle-aged women as a low-cost way to socialize and stay healthy.

So dedicated are these women to their craft that last November, a group of them braved heavy smog to have a little jig in the middle of standstill traffic. A video of the impromptu performance went viral on social media shortly after.

But how are these women spurring a tech boom?

A large part of their contribution so far has been to the e-commerce industry, which they have turned to in droves in search of costumes, accessories, loudspeakers, small tablets known as “opera watchers”, and the like – TechNode reports all this buying adds up to a staggering RMB25 million (approximately US$3 million) per month.

The dancing grannies are also downloading and using apps at an unprecedented rate.

Apps like Tangdou (dubbed the “Tinder of square dancing”) claim to have 100 million users and raised US$20 million in its last funding round at the end of October 2016.

Tangdou was launched in 2012 as a video sharing website, but found its niche in the square dancing craze. It matches keen dancers to square dance communities and groups using location services. It also serves as a means of communication for groups to announce events and individual dancers to chat.

Tangdou CEO Zhang Yuan was quoted as saying: “Square dancing is no longer just a way to keep fit. It’s now a lifestyle where you can find a sense of belonging.

“There is a saying among square dancers: ‘If you dance fast enough, the loneliness will not catch up.”

Internet stars, who are enjoying being revered in China at the moment, have also gotten in on the action, as evidenced by square dancing instructor extraordinaire, Meiju – who is also known as the “Beyonce of Square Dancing”.

Meiju, whose real name is Zhou Yehong, has over 100 WeChat groups created by fans about her, and sells dance choreography videos to major platforms for “thousands of yuan”.  She told Elephant Room: “I have tens of millions of fans for sure. There are a hundred million middle-aged square dancers and half of them know who I am.”

Despite all the hype generated around and by square dancers in the country, to some, they are a nuisance. Loud music blasted from loudspeakers in neighborhood parks and recreational areas where the dancing grannies often congregate have resulted in complaints and even attacks by residents who live in the vicinity.

According to CNN, Chinese authorities decreed  dancers in Beijing will have to pay fines and are subject to other penalties if found to have disturbed public order. The regulation, which came into effect on March 1, read: “People must organize fitness activities without disturbing public order.”