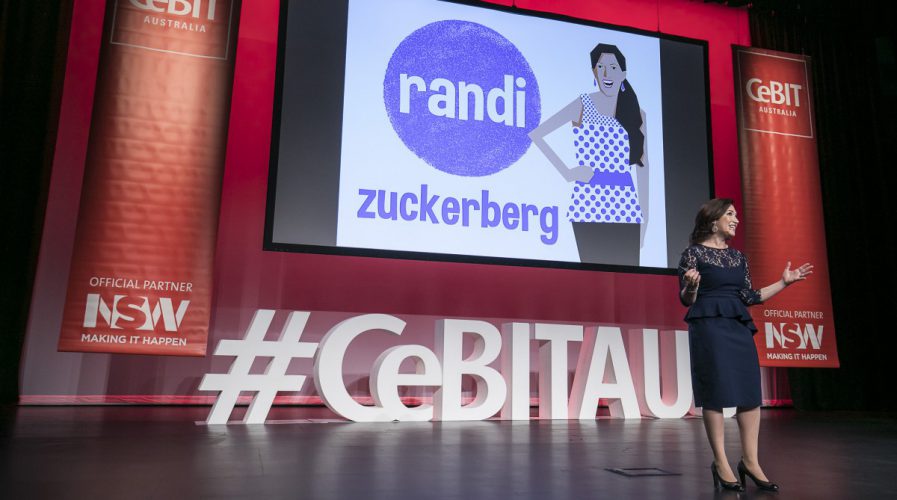 SOCIAL MEDIA exists in a grey moral area, with both advocates and naysayers proclaiming the merits and flaws of the relatively new technology. The connectivity it has bestowed upon a once fragmented world has empowered people all around the world to reach out to each other, while also bringing the swift hammer of social censure onto the heads of some unfortunate users.

Women, more so than men, experience the digital world through a lens of suspicion and fear. As far back as 2014, women have reported far higher rates of harassment via social media (73 percent) compared to their male counterparts (59 percent).

When Tech Wire Asia caught up with technology native Randi Zuckerberg at the recent CeBIT conference in Sydney, she talked about a colleague who was very active in promoting himself through online videos, and who had encouraged her to do the same. She replied with disbelief he didn’t think that as a woman, she would receive largely negative blow-back for her efforts.

“‘Do you know how I would be crucified if I did that?’ I said to him,” according to Zuckerberg. “If I did even a tenth of the self-promotion this guy does, [can you imagine] the vitriol that would spew? It’s really hard as women, we really have to pick our battles.”

Our conversation with Zuckerberg spanned her work as an advocate for women in the tech space, as well as what it means to inhabit the digital future as a woman. As our lives begin the gradual, but total migration into the virtual world, having a social identity is becoming increasingly necessary. In a previous conversation with the World Economic Forum’s Nicholas Davis, he noted in many cases, it’s simply impossible to go without an online presence.

SEE ALSO: Women entrepreneurs are on the rise, but challenges abound

Zuckerberg concurred, but added our virtual identities have collapsed in on themselves, and we can no longer sustain multiple identities the way we did before. She knows this particular struggle well – after all, she inhabits a variety of roles as an author, actor, angel investor, television personality and mother, while also balancing it against the obvious challenges of Zuckerberg fame, which sometimes threatens to swallow the nuances of her life whole.

“It’s hard because we live in a world where maybe 20 years ago, you got to have multiple identities,” she said. “You got to have a professional identity, and then go home and have a personal identity, or have a different identity with your college friends.

“But today, one of the things that our online world has done, is that you now only get one identity because anyone can just go and Google you and see everything you’ve ever done.”

It’s a struggle because it has forced her to truly consider the implications of her public persona and the increasing visibility of her life, especially after she became a mother.

“I kind of grew up right at the shift of that happening, in my early twenties when you’re discovering yourself as a person,” she said, contemplative. “I feel like I’ve withdrawn from doing everything publicly all the time as I’ve had children of my own.” 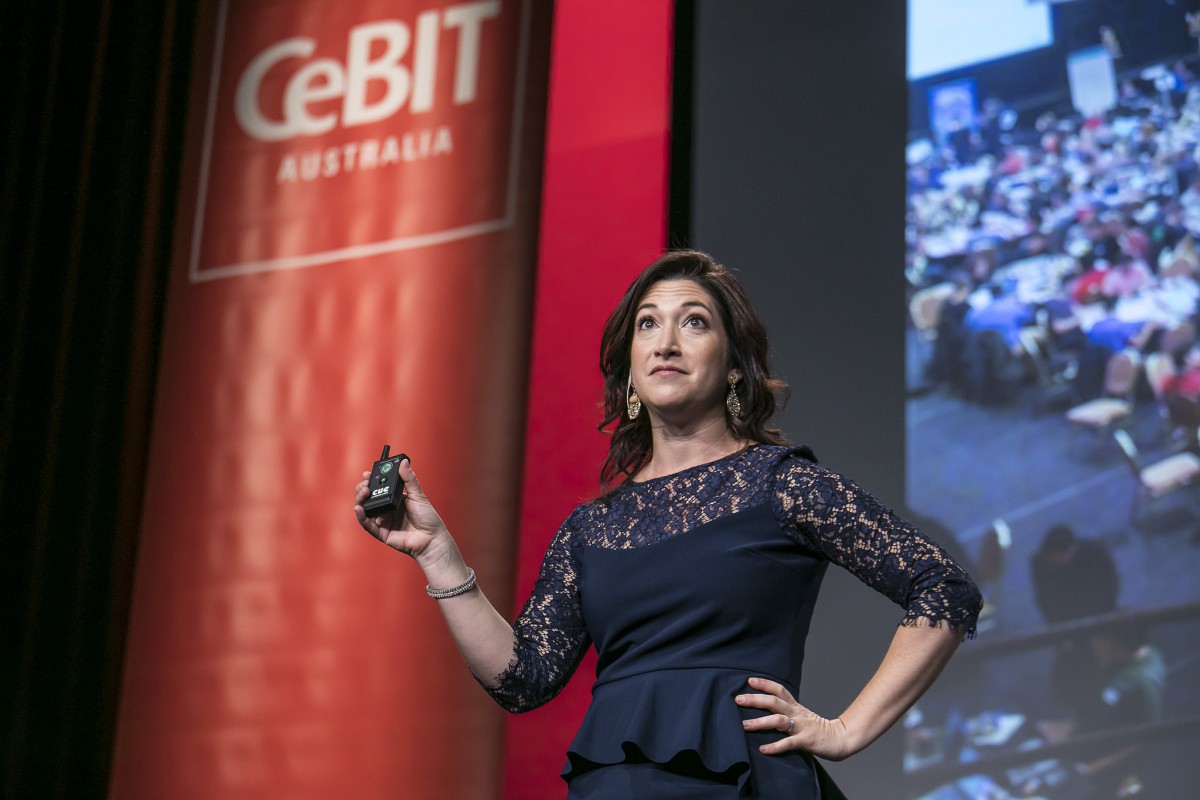 Zuckerberg has previously spoken candidly about being the “other Zuckerberg” and post-Facebook has focused her energies on advocating for women in the technology industry. Source: CeBIT Australia

It’s a particular problem for women, in a world where tech icons are frequently men. Mythologizing is rampant in the world of Silicon Valley, where origin stories are frequently infused with an aura of mystique, especially when they accompany the luminaries of the industry such as Steve Jobs and Mark Zuckerberg, or even the controversial Travis Kalanick.

This isn’t new: the tech space has long had a reputation for being male-centric, and there has always been a constant churn of anecdotes of women being sexually harassed, under-compensated, and being driven out by the sheer force of discrimination. Zuckerberg sees it as part of a trend where women are held to higher standards, and are forced to compete on uneven terms.

Women need to be two or three times as good as their male colleagues in order to be taken as seriously, she said. “There’s also a real discrepancy in [that for] men, if you’re out there, it gives you that cool boy, rockstar reputation. But for women, you’re distracted, unfocused.

It’s this lack of equality and her own complicated relationship with the Valley that’s driven Zuckerberg to use her voice as a prominent woman in the technology and entertainment space to change the way women work in technology. Zuckerberg had her beginnings in the tech industry, and would later become one of Facebook’s firsts, before leaving to start her own company.

Zuckerberg said although she loved her time in the innovative corridors of Silicon Valley, the overwhelming masculinity of the industry resulted in decision-making processes that were dominated by a single demographic.

“I spent 10 years as basically the only woman in the room, I was aware of my gender every single day I worked in the tech industry,” she said.

“I just spent a lot of time working in this industry that’s so innovative, but is it only white men who get to decide what’s innovative? That doesn’t seem right.”

“When I left Facebook, I decided I wanted to dedicate the next chapter of my career and life to making sure the next generation of women are not the only women in the room.”

True to her origins in Facebook, Zuckerberg sees technology and social media as the way forward for women in the industry. She cites the growing trend of blind hiring practices in the more progressive corners of the industry, and which she herself has implemented in her own company. As an angel investor, she boasts a 53 percent female founder rate, compared to the industry average of four percent.

She’s also a staunch advocate of piquing the interests of girls as young as nine years old.

Thanks to the team at @thebump for featuring me in their #MothersDay celebration!! https://t.co/AASd7gmHyj pic.twitter.com/ctHQBtGFek

“All my data and studies show it’s really around age nine to 11 that if you don’t get girls excited about tech, then it’s much harder to pull them in,” she explained.

“That’s why I decided to jump into children’s entertainment and content. That’s why I spend so much of my time now developing books and television shows and content that put savvy and smart girls at the center of pop culture.”

Her animated children’s television series, Dot., tackles issues of gender in technology, and aims to draw a young demographic of girls into the digital world. But perhaps more interesting is her latest book, Missy President, a timely children’s book born out of America’s tempestuous political times and the onset of the digital age.

“I actually wrote it because I didn’t really know how to talk to my own children about the election in the US,” she recalls.

“I started to have all these complicated feelings about how the very tech I had worked on personally now being used in such hateful ways.”

Missy President tells the tale of Missy, a young girl whose homework assignment on her ambitions as president goes viral on the Internet, launching her into fame and public scrutiny. The book explores issues of personal privacy in the age of the Internet, social media’s tendency to spiral out of control, and how it has all become resonant in our political age.

“It allowed me to deal with the two topics which were really on my mind – how to talk to kids about elections, but especially elections where crazy, unexpected things were happening, and it also allowed me to talk about what happens when social media content and technology goes wildly out of control.”

Randi and Missy at TODAY! Talk to and inspire your child this Election season in a fun, safe way! https://t.co/8SjLKXMNVU #MissyPresident pic.twitter.com/sVfu1nF0Dg

Zuckerberg frequently allows the personal boundaries of her life to blur into the professional and public. For her, technology can be a dangerous tool that can wheel quickly into chaos, but it’s also largely an agent for change, for advocacy, for a better future for women.

It seems tempting for women to retreat entirely from the vitriolic corners of the Internet, where gender can quickly paint a target on your back. Zuckerberg said she was aware of this, but also champions the need for women with power to speak power to truth, despite all the dangers that doing so might present.

“I do think it’s really important that women who are in a position to have a voice, use that voice to help and support other women,” she said.

“There are so few women out there who have voices like that – I feel it’s my responsibility to be as loud as I can.”