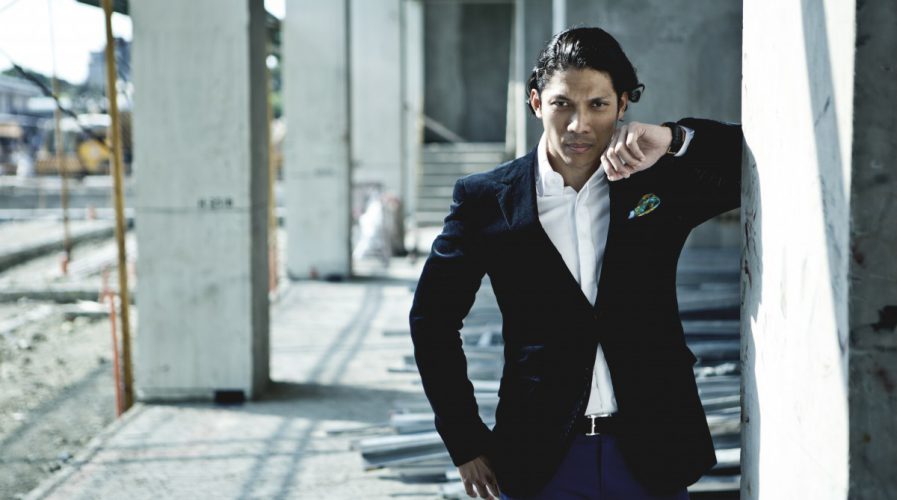 Robbie Antonio, a real estate magnate and art lover, has a radical proposition to give pre-fabricated homes a designer twist. Source: Revolution Pre-crafted

REVOLUTION Precrafted has a radical proposition to transform the way we think about prefabricated housing and the traditional modes of constructing a building with a distinctly startup approach. Headed and shaped by the vision of art collector and real estate developer Robbie Antonio, Revolution Precrafted is marrying exclusive artistic vision with a kind of pret-a-portiere production process.

“This is the biggest purchase of someone’s life, and so if we can touch them there, we have touched them at a significant point in their life,” he told Tech Wire Asia. Antonio has a manic spark about him, his speech moving at the rapid patter of someone used to pitching, pitching, pitching an idea he knows will work but others are slow on the uptake.

Antonio sat down with Tech Wire Asia at the recent Wild Digital conference in Kuala Lumpur to discuss how his company is re-imagining the intersection of real estate and high art, and how he’s using technology to accomplish his goals.

Antonio, a lifelong art lover and collector, has been enmeshed in the world of real estate for a long time, as scion to his family’s business.

“I come from a real estate background, my family was in real estate,” he said, referencing Century Properties, the business he runs with his father.

His family’s business is well-known not only in his native Philippines but also internationally. Some notable partnerships include Century Properties’ work on the Trump Tower in Manila, a Paris Hilton-branded collection of condos, and the world’s first Forbes Tower.

“I’ve done about US$2.1 billion worth of branded deals for the family business,” Antonio said. “I was the actual entrepreneur doing the development so I understand the pain points in real estate.”

It’s his hands-on, in-real-life experience with the real estate business that has endowed him with invaluable knowledge about the industry’s pitfalls, its woes and the very issues that could potentially sink a company—or bring it wild success. Working on the glitzy projects with Century helped lead him to the eureka moment that resulted in his founding Revolution Precrafted.

The startup, born two years ago, is a manifestation of Antonio’s dream to fuse his experience with constructing beautiful, exclusive buildings with his deep love for contemporary art. Revolution’s, well, revolutionary approach to real estate lies in the fact that for Antonio, buildings designed by the biggest names in the world needn’t rely on the vagaries traditional real estate suffer from. 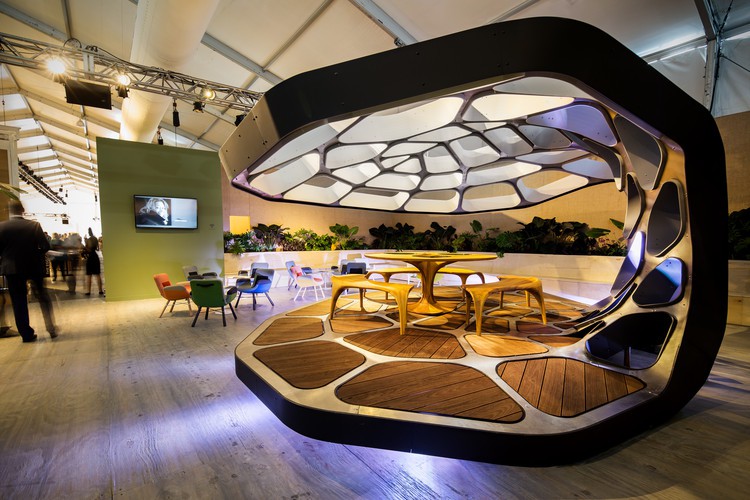 There are some unchangeable things about real estate: building things takes time, huge sums of money and the kind of luck that will protect you from any sudden shifts in the market. Any one of these variables changing too soon and too much could sink you—that wasn’t enough for Antonio, who declared “I wanted the complete antithesis of this.”

“Many of these big public [real estate] companies took about 50 years to become US$10 billion companies, and you have Airbnb that became three times that value in a decade.”

In previous interviews with other publications, Antonio has said he admires Airbnb’s simple model of having zero inventory, a global footprint and the agility only technology startups have been able to engender. He’s also definitely enamored by startups’ ability to disrupt the norms of any industry.

“How do you disrupt this space?” he openly wondered.

He found his answer, perhaps poetically, in the real estate work he was already doing in partnership with the biggest brands in the world.

“I realized what branding can do to a development,” he recalls. “It can increase your sale price vis-a-vis your competitors who might even have a superior location. It also sells faster.”

“I’ve been [linking up architects with different celebrities] for well over a decade already, so this is what I do. I understood how we could enhance the liveability and saleability of a product.”

Revolution Precrafted was essentially a bet that Antonio could change how we think about prefabricated homes. I’ll admit, when I first approached Antonio regarding his work, my perception of prefab homes was limited to those award-winning IKEA-like flatpack refugee shelters that currently populate war torn parts of the Middle East, or even the promise of ready-made modular homes that could revolutionize life for dense urban spaces.

Antonio’s startup, however, turns the idea of the traditional designer building on its head.

His proposal seeks to leverage the star power of some the biggest names in architecture to power the value of his buildings—and essentially neutralize the taint of cheapness that comes with the word “prefabricated”—while also bringing couture-ish homes to the people.

Antonio recruited some of the most prestigious names in architecture—including the Pritzker Prize winners Zaha Hadid and Jean Nouvel, Israeli icon Ron Arad, international savant Daniel Libeskind, and rockstar Lenny Kravitz’s Kravitz Design team—to design a portfolio of pavilions, mini-mansions and multi-purpose spaces that could be built and shipped to just about every corner of the planet in a time span of three months. And perhaps, most enticingly, for a fraction of the price.

“The value proposition [of Revolution] is that you can go to Lenny Kravitz—if you can—pay him a million dollars, wait two to three years of your life—or do it through me for an affordable price,” Antonio said.

“We’re the only branded housing company in the world.”

Today, Antonio’s Revolution Precrafted has built for resorts and private businesses, but perhaps most interestingly has been his foray into the museum space, an apt move for a man renowned for his art collection. His prefab modular museums, he said to artnet, could be purchased by just about anyone—a private art collector or a private business with a yen to show off their artistic assets—and can be customized to be a “formal museum space, or, for instance, a space for performance art, depending on the individual.”

At its heart, Antonio wants to disrupt the way we think about spaces, architecture, and the very way we build things. “The entire concept of modularity, flexibility, and transportability moved me and created an impetus for really challenging the norm,” Antonio told artnet.

His startup is leveraging the best parts of technology to drive his company’s growth and keep costs generally low, which in turn keeps the cost of his prefab structures cheap. He sees Airbnb’s use of technology as one of the biggest factors driving their success, a strategy he’s implemented in his own company. 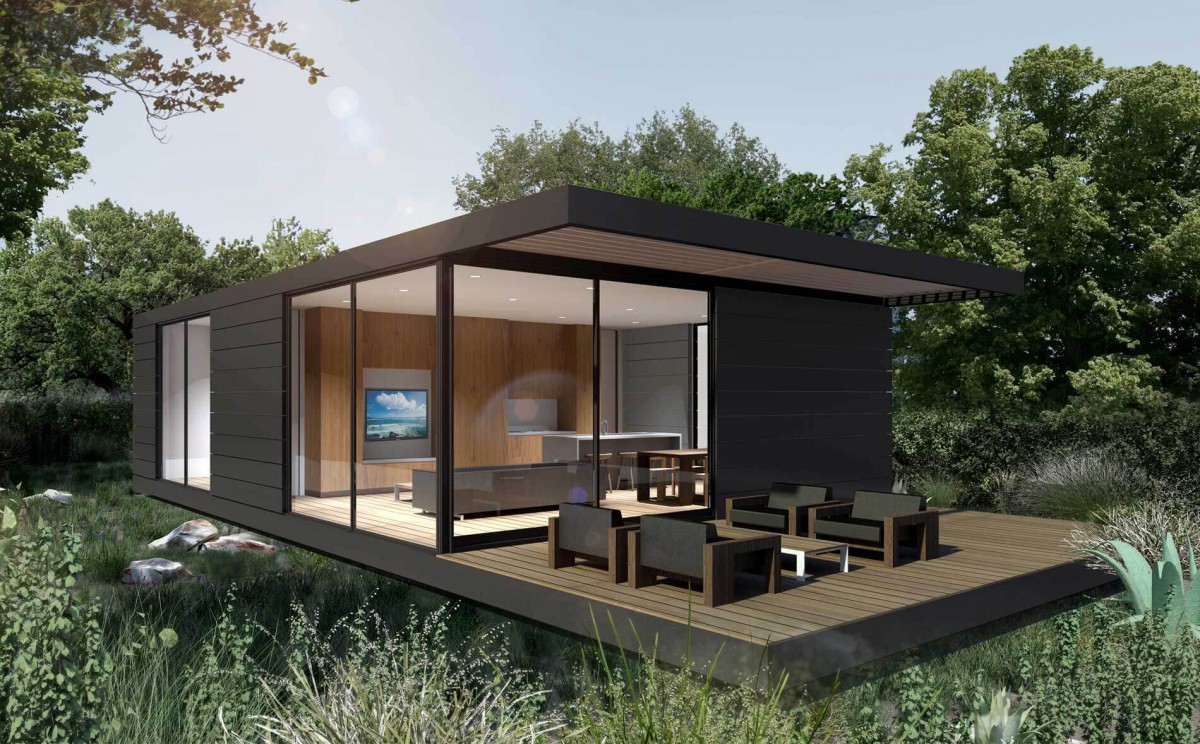 “In many cases we use advanced robotics to create the house, in order to reduce the errors and speed up the process,” he said. “[The company] is not an application, but it’s something that is heavily technology-dependent.”

The company is also dabbling in the latest developments in construction materials, making use of steel and wood products—many of the prefab buildings in the Philippines today use concrete as its base material—and introducing enticing curves into traditionally boxy-frames.

“We’re doing things that are whimsically different—so much more different—what we feel is more enticing and palatable to consumers.”

For now, Revolution Precrafted is working in the business-to-business (B2B) sector, with an eye to maybe moving into the business-to-government (B2G) sector in the near future.

But of course, branding always benefits from the veneer of exclusivity, a trait that Revolution Precrafted will have a vested interest in protecting. When Revolution first started, they already had 30 architects working with them and their intellectual properties are registered with the startup. In other words, they have exclusivity on their side, which is in itself a value add.

“At some point we’re going to have exclusivity over everything. We’re trying to keep the list tight.”