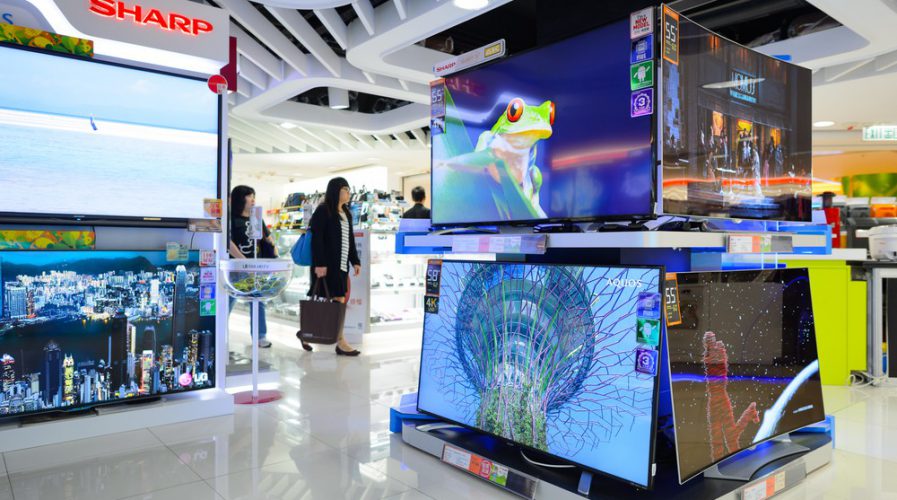 As more content is accessed online, instances of piracy will only become more rampant. Source: Shutterstock/Sorbis

Sharp has brought a court action against the Chinese firm in a bid to retrieve the right to use its own name when selling in the United States, which is one of the world’s largest markets.

Hisense, however, has rejected the allegations, claiming it is selling high-quality televisions under the Sharp name.

In 2015, when Sharp was in financial trouble, it signed a deal with Hisense giving the Chinese company the right to use the Sharp name on TVs sold in the US until 2020.

The following year, Taiwan’s Foxconn Technology Group, formally known as Hon Hai Precision Industry Co., took a controlling stake in Sharp for JPY388.8 billion (US$3.52 billion) and is subsequently trying to get the company back on track. The case is believed to be important to Sharp’s efforts to restore itself as a global brand.

In a complaint filed in a California state court in San Francisco, Sharp’s lawyers have claimed its brand and trademark “are at risk of being destroyed” by the end of the five-year agreement with Hisense.

They claim the Chinese company is selling “shoddily manufactured” TVs that are “in many cases, perceived by consumers as cheap.”

SEE ALSO: Innovation and consumers must be top priority for PayTV industry – NAGRA

“Hisense categorically denies Sharp’s claims in the litigation and looks forward to presenting its case in the appropriate forum,” a company representative told The Wall Street Journal.

“Hisense is in full compliance with the trademark licence agreement and Sharp’s attempt to terminate the agreement is of no effect. Hisense will continue to manufacture and sell quality televisions under the Sharp licensed brands.”