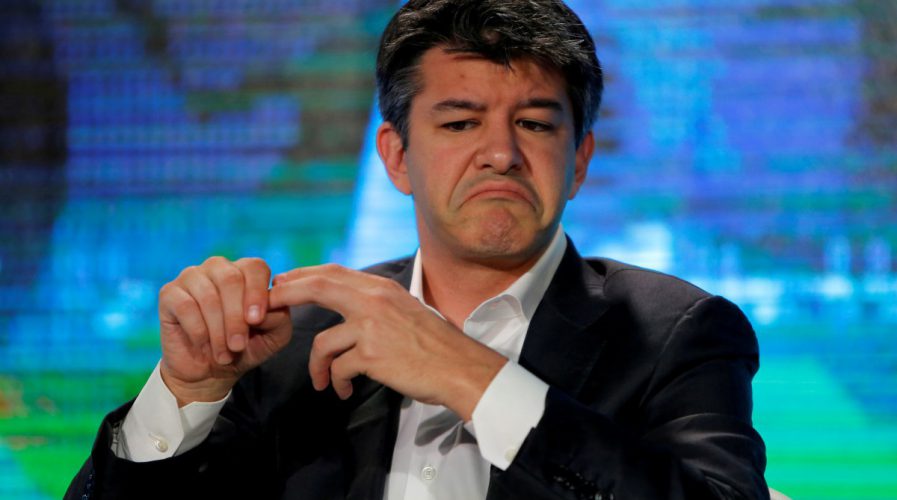 UBER has been through hell and back in the past year and we think we can speak for everyone when we say it has been like watching a trainwreck in slow motion – it’s horrific, but you can’t keep your eyes off of it. The latest development to top all Uber news is that CEO Travis Kalanick is going to be taking a leave of absence.

As reported by Bloomberg, the company Kalanick has built through sheer will and brute force will be run by a management committee as it tries to navigate through the backlash sparked by months of PR scandals. The board is likely to diminish Kalanick’s role when he returns to the CEO post by giving some of the responsibilities to a COO, who Uber is still actively hiring for.

Uber has a lot of changes to make before it can turn things around, and things like its management team, company culture, HR policies and recruitment standards will have to be drastically revamped.

AHEAD on @CBSThisMorning: Uber is making big changes without its controversial CEO, Travis Kalanick pic.twitter.com/H6BFUJktdj

But the board’s actions stop short of getting rid of Kalanick, a move criticized by the New York Times‘ Randall Stross. In a damning article on the changes happening in Uber, Stross noted a report on the investigation launched into Uber’s practices failed to acknowledge the sources of the company’s bad behavior are Kalanick and his “endlessly forgiving” board of directors.

Stross wrote: “For all its candor and specificity – rare qualities in corporate America – the report doesn’t directly address the sources of Uber’s misbehavior: its longtime chief executive Travis Kalanick, and his chief enabler, the endlessly forgiving board of directors controlled by Kalanick and his cronies.”

Here are a few key changes Uber will be making during Kalanick’s hiatus and after his return:

The conference room, formerly called the “War Room” will be renamed the “Peace Room”. Uber will also scrap most of its phrases and work values that people were using to “justify poor behavior” including the likes of: “Let Builders Build, Always Be Hustlin’, Meritocracy and Toe-Stepping, and Principled Confrontation”.

Board member Arianna Huffington has said as “well-intended” as Uber’s 14 cultural values have been, people have been taking advantage and allowed them to be “weaponized”.

Changes to HR practices will focus on improving daily life for Uber employees including a revised performance review process and earlier on-site dinners to encourage more work-life balance. There will also be stricter guidelines for what is deemed acceptable office behavior, mainly focused on use of “alcohol, controlled substances and sexual relationships.”

Uber CEO Travis Kalanick is taking a leave of absence. A look at the company's recent high-profile departures: pic.twitter.com/Hj0I9kxsGy

Up until this point, there have been inappropriate relationships between managers and their subordinates as well as liberal budget spending on alcohol for work-related events.

Besides hiring Harvard Business School’s Frances Frei to handle its issues with diversity, Uber also plans on tackling a problem that has plagued the company from day one: Do away with the “bro culture” and make it a better place for women and minorities to work.

Board-approved changes will aim to “raise the profile of the head of diversity, adjust executive compensation to incentivize good behavior, institute mandatory leadership training and establish an employee diversity board.” It has a lot of work to do, as according to a recent demographics report released by the company, only 15 percent of tech workers at Uber are women.

The recommendations were management changes at @Uber in the wake of sexual harassment allegations and other scandals https://t.co/2Zw5FjHv2Q pic.twitter.com/RacT7TLHR9

Just this week, Uber faced another blow when board member David Bonderman blurted out a sexist remark at an Uber meeting about company culture on Tuesday. Bonderman, who is also a partner at private equity firm TPG, made the comment in response to fellow board member Ariana Huffington speaking about being more inclusive of women on the board.

To which Bonderman responded: “Actually, what it shows is that it’s much more likely to be more talking.”

I appreciate David doing the right thing for Uber at this time of critical cultural changes at the company. https://t.co/jCw0y9tBYY

The question remains: will Uber’s revamp be enough to save the trainwreck as long as Kalanick remains CEO, and as long as ignorance prevails on the company’s board? Many industry pundits doubt it will be, with Financial Times associate editor John Gapper saying Kalanick is “not ethical enough” to continue leading the company.

Uber is in for some more choppy water, it appears, and time will only tell if its dubious captains will be able to steer the ship through to safety.