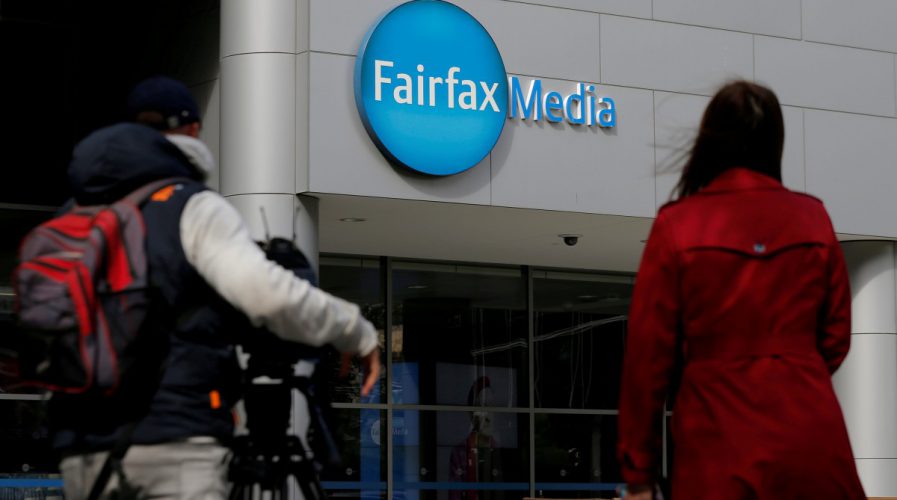 Fairfax Media is one of many Australian publishers which have been hit by falling ad spend since the emergence of digital platforms as a force. Source: Reuters

FAIRFAX MEDIA’S talk of a potential takeover by private equity group TPG Capital was called off over the weekend, while rival bidder Hellman and Friedman also sounded a retreat, thus leaving one of Australia’s largest media groups in the hands of its investors.

Both Hellman & Friedman and TPG have withdrawn their bids for Fairfax Media. It will remain in shareholder's hands.

The buyout offer was estimated to have been worth US$2.76 billion, and would have brought with it legacy titles such as the Sydney Morning Herald (SMH) and The Age.

“TPG has today exited the Fairfax due diligence process and has elected not to proceed with an offer,” a spokesman said in a statement.

“We commend the current management for the job they are doing in managing and growing a valuable collection of traditional and new media assets.”

Hellman and Friedman, another private equity firm based out of San Francisco, failed to meet the board-appointed deadline of Friday, and instead only handed in a letter detailing their failure to settle on a bid, according to The Australian.

The original, unsolicited bids for a takeover was put to the board in May.

TPG and the Ontario Teachers’ Pension Plan wanted to purchase 95 percent of the company, offering Fairfax US$0.95 per share, though they would later increase their bids to US$1.20 per share. Other offers from Hellman and Friedman soon followed – they offered Fairfax US$1.225 and US$1.25 per share, which would have driven up Fairfax’s valuation to US$2.87 billion.

Despite carrying out due diligence for the last month, both companies failed to make binding offers, resulting in TPG’s ultimate decision to pull out. The Australian reports TPG’s retraction was due to uncertainty regarding the future valuations of Fairfax’s online real estate business, Domain. Those concerns were brought up by an investor in TPG.

SEE ALSO: Dell brings its venture arm out of the shadows to begin supporting new startups

“We received a letter from HG & F saying they couldn’t reach their bid on Friday, and we engaged in some conversations with TPG through Saturday and Sunday morning to explore whether there was a way of putting a bid forward,” Fairfax chairman Nick Falloon said.

“But it appears the complication of our business was such they didn’t want to bid for the whole business.

“That was the reading we took out of that. that was as much as we got,” he said.

The SMH has confirmed though Fairfax will again take up plans to spin off and separately list Domain, of which it controls 70 percent.