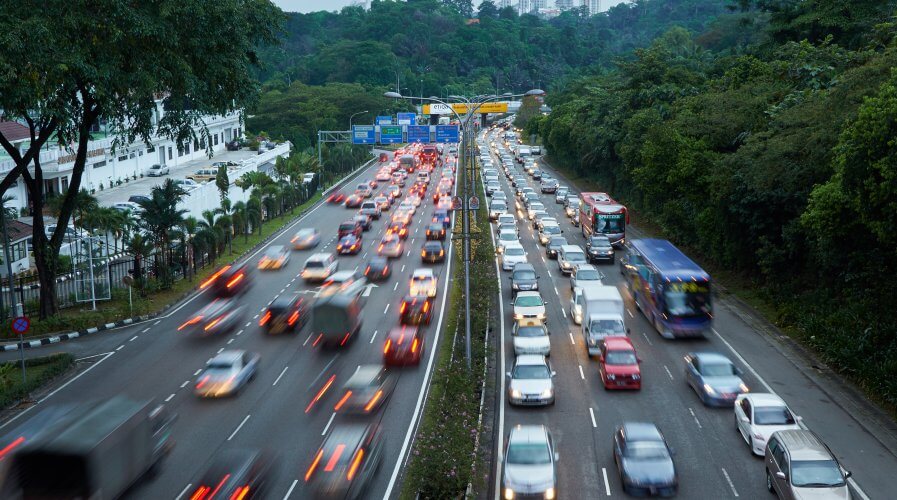 The founders say the group was started for safety purposes and that ‘ladies are more comfortable with lady drivers’. Source: Shutterstock

AN ALL-FEMALE cooperative of drivers has set themselves up on Facebook as a niche alternative to popular ride-hailing apps in response to a gap in the market for a safe option for women riders.

Launched by friends Jas Gill, 38, and Kiran Gill, 36, Ladies Only Riders and Drivers (L.O.R.D.) are tackling the safety problem that has continued to plague ride-hailing services since day one. The two women started the Facebook group last September and has grown steadily more and more popular, largely through word of mouth.

You can read the history of these women-only ride-sharing apps here: https://t.co/dD13C9S9bN

Several news stories have claimed the women have been using Uber as the basis for their network, though they have refuted that fact, stressing they are unaffiliated with both Grab and Uber. Instead, the women work with almost 100 registered female drivers through their Facebook group.

Drivers and riders are manually matched through the group, with riders posting booking details that will be picked up by the two admins who handle driver details and fare calculations. Riders are advised to book their rides a day in advance, though that’s not always the case.

“We appreciate our riders sending in their requests the day before, but sometimes we get requests just five hours before the service is needed. Still, we will try our best to match a driver to them,” Kiran told Bernama.

“I started this group for safety purposes, ladies are more comfortable with lady drivers,” the women told Tech Wire Asia. “Since we have buses for ladies, parking for ladies, KTM coaches for ladies – why not lady drivers for lady riders?”

Female riders have said they are more comfortable when paired with a female driver. Source: L.O.R.D.

The emergence of the collective comes hot on the heels of several sexual assault cases involving women, including a woman in the Malaysian state of Penang who claimed her Uber driver had exposed his genitals to her while on a ride and a single mother in the Seri Kembangan township of Selangor state who was raped by her Grab driver.

“Some women would also receive calls and texts from the drivers of the ride-hailing services as they have their (the women riders’) contact details,” Jas said to Bernama.

“These factors played a big part in encouraging me to come up with an idea to protect women who use taxi or ride-hailing services.”

The two women said many women prefer the comfort of knowing their drivers will be women, solving fundamental safety issues ride-hailing service providers have failed to address. When asked if such a service would always be needed, the admins said, “Yes… as a lady myself, I would really prefer a female driver for safety purposes.”

Since the emergence of ride-hailing services, safety has always emerged as a particular point of contention for both riders and drivers. The element of uncertainty precludes any ride, especially for women who are more likely to face assault in transit. A Buzzfeed article last year highlighted internal Uber data with many mentions of “sexual assault” and “rape”. The rate of assault will always be difficult to prove, but it’s no great leap of the imagination to consider the danger female riders face.

Grab is reported to have implemented a panic button connecting straight to the local police force after the rape incident that took place mid-June. Tech Wire Asia reached out to the company who said they were looking into “various safety initiatives to benefit our drivers and passengers.” They mentioned though options for women-only rides had been considered, the ability to scale such services proved to be challenging.

Uber could not be reached at the time for comment.

Ladies Only Riders and Drivers (L.O.R.D.) emerged out of a niche in the market for a women-only service that provides riders with the safety and comfort. Source: L.O.R.D.

Some female-friendly services have emerged globally in response to the safety issue, such as United States-based Chariot for Women and SheJaneGo, while an Australian counterpart called Shebah has been started. Jas and Kiran’s site, while decidedly more low-tech than an app, is an innovative grassroots response to a significant problem.

To combat the issue of safety, the admins require drivers to have a minimum of five years of driving experience, though they stressed they had close relationships with the drivers.

“Our drivers in the group are all trustworthy and reliable,” Kiran said. “If they can’t make it for a trip they have committed to due to an emergency, they’ll look for a replacement driver immediately.”

Currently, the service is available largely in the Klang Valley, though bookings can be made for those looking to travel to Johor Baru, Penang, Kuantan, Ipoh, Seremban and Melaka. There are also drivers in Kota Kinabalu and Kuching who signed up with L.O.R.D.