Mohammad Aslam has finally found a way to give his family relief from extended power cuts. In February, he installed a 300-watt solar power generating system on the roof of his house.

In Pakistan, power outages scheduled by the country’s strained public electric utilities frequently hit households, lasting as long as 10 hours a day in towns and cities and up to 16 hours in rural areas.

The situation is worse during the brutally hot summer months, when air-conditioners often overload the national grid.

Buying solar panels to create power at home might seem an obvious way to bridge the gap. But although the panels have been available since 2014 in Aslam’s town of Larkana, in the southern province of Sindh, the 35-year-old entrepreneur waited two years before finally installing one.

Cost wasn’t the problem. Instead, he said, he was put off by rumours solar panels would actually make things worse. 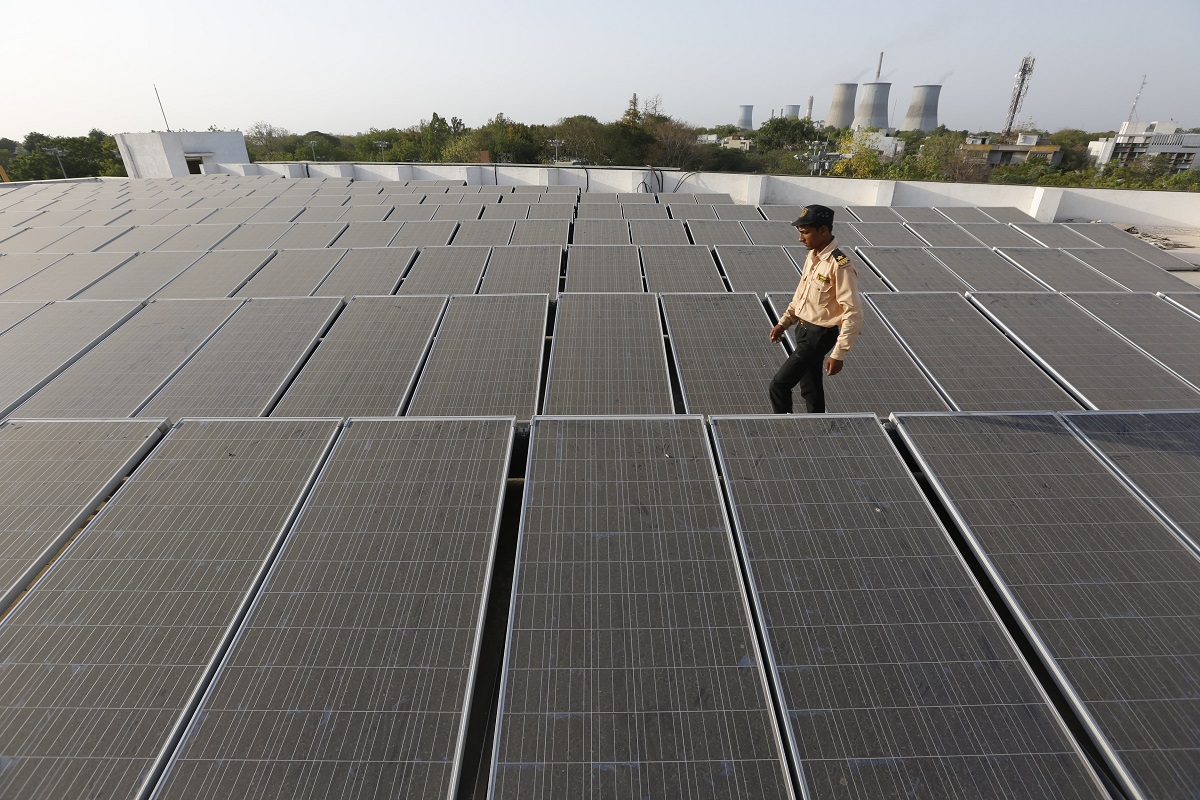 Unscrupulous local utility officials, he says, told him the dark-coloured solar panels, built to absorb the sun’s rays and convert them to electricity, would increase the ambient heat in the buildings they were attached to, pushing the temperature indoors even higher.

According to Aslam, the officials even said the growing use of solar panels was to blame for the more frequent and intense heat waves  Pakistan has experienced – something scientists say is entirely untrue.

Climate change and worsening extreme heat are intead driven largely by a huge expansion in the use of fossil fuels such as coal, oil and gas since the start of the industrial revolution, they say.

“I discovered it was a fake rumour only after I installed the solar system on the insistence of my friend, a graduate in electric engineering,” Aslam told the Thomson Reuters Foundation in an interview.

His friend assured him the rumours were just a trick by utility company employees bent on discouraging wide-scale adoption of solar energy adoption in order to safeguard their jobs.

“Our power utility has nothing to do with (any rumours) and disowns them. People shouldn’t believe them,” Mehmood said in a telephone interview.

During the day, the system powers the ceiling fans and stores enough electricity in the battery to run the fans and lights for six or seven hours at night if the grid electricity supply goes off. The battery can recharge in sunlight in three hours.

“We have fans and lights (that) remain on whenever power outages hit us. What makes me more happy is that my family feels a great relief thanks to it.” – Aslam.

“To prove these rumours wrong, often I have to take them to my rooftop to show them the solar system that powers my shop,” Karim said. “Then many buy solar systems from me.”

As solar home systems become more affordable, many households see them as an alternative to trying to get a new electrical connection via the public power utilities.

According to Mir Ahmad Shah, executive secretary of the Pakistan Renewable and Alternative Energy Association, public utilities that control power distribution and supply fear the gradual adoption of solar energy will make people less reliant on the national grid.

“Employees of the public power utilities are hampering this growing shift to solar energy through rumours, because they fear the growing adoption solar energy systems will lead to overall revenue decline from new connection applications,” Shah said.

Retired Pakistan Railways employee Raja Jameel said he was unsuccessful in getting a grid connection two year ago for his new home in Ghouri, a rural locality on Islamabad’s outskirts.

Jameel said in an interview:

“What (finally) worked in a matter of a few hours to get what I was denied for nearly four months was a US$50 bribe to an Iesco superintendent.”

Jameel plans to build a second storey onto his home to rent out, but he says he will install a 2-kilowatt solar home system to power it, rather than begging for a new power connection from the utility.

Iesco’s Mehmood said although the utility had periodically received complaints from customers about bribe-taking, it had taken steps to reduce the problem.

“IESCO management has controlled (bribe-taking) through a strong online public complaint redressal system established a few years ago. Besides, we have made the process of sanctioning and issuing new electricity connection systems more transparent and hassle-free,” Mehmood said.

In Pakistan power rests with those who are good at corruption and money laundering.

In an interview outside the Parliament building in Islamabad, Minister of State for Water and Power Abid Sher Ali did not deny that power distribution companies, including Iesco, have had problems with corruption, but said the government took all complaints regarding such matters seriously.

“We have a zero tolerance policy regarding bribery in the public power utilities across the country,” Ali said.

The minister said there was a robust complaints mechanism, and that any employees found to have been corrupt are demoted or dismissed. – Reuters