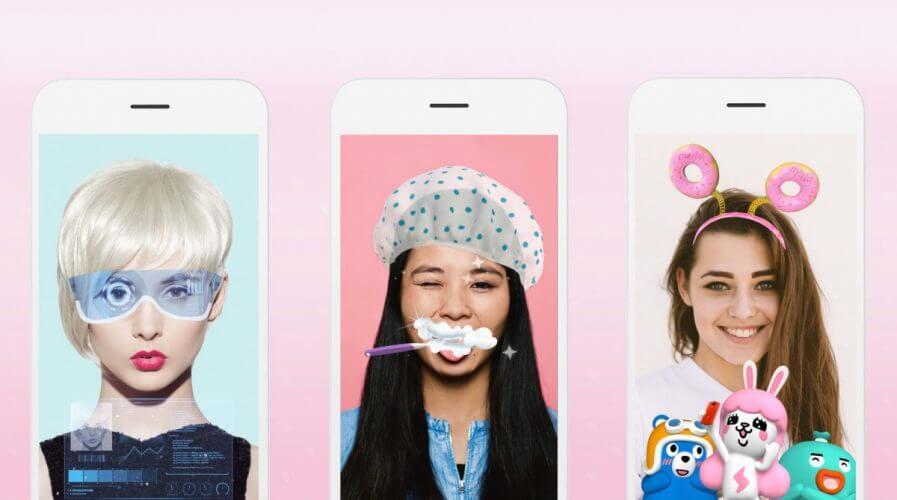 MEITU, the makers of the wildly popular app of the same name, will be rolling out augmented reality (AR) effects across Facebook’s camera application, after the social media giant announced the company as an early beta partner for its AR Studio.

Facebook’s Platform Partnerships division director Konstantinos Papamiltiadis announced the partnership at the RISE conference in Hong Kong this year, stating the company would be helping Meitu “catch up in animated photography”, as reported by TechNode. Meitu will be Facebook’s first AR Studio partner based in Asia, as well as the only company thus far with a special focus on AR facial recognition.

“Meitu’s fun selfie experiences make it a natural fit for the Camera Effects Platform,” Papamiltiadis said in a statement.

“We’re excited to expand the AR Studio beta to our first Asia-based developer and we think the camera effects Meitu has built with this technology will delight the Facebook community around the world.”

Facebook announced the arrival of its AR Studio back in April at their F8 developer conference. Founder Mark Zuckerberg said the company would be investing in the technology as a significant vertical from then on, indicating a significant triumph for AR developers. The social media giant’s involvement will definitely drive innovations in the market, as more funding and research opportunities become available, as well as the opportunities to develop AR for real-life applications.

Meitu’s work with Facebook will focus on developing features for the camera, which will utilize both the front and rear-facing cameras. These features include Snapchat-like filters, and futuristic augmentations that are pushing us into the future where we will experience the world primarily through our camera lenses.

From what Meitu has released, the application will offer varying augmentations depending on the camera used. For instance, the “Selfie from the Future” feature will give you a “robotic eyeglass effect” with the front camera, while the rear camera will feature a “touch-activated Meitu robot”.

The “Instant Glam” feature riffs off Meitu’s existing beauty app, but with a twist – users can film themselves in shower caps, with toothbrushes, like a supercut of your daily morning routine. Another feature, called “Meitu Family” will feature popular Meitu Louis character, as well as a fun game in the rear camera where users can discover “hidden Meitu Family characters” within “floating donuts”.

The move could be seen as Facebook’s attempt to make its largely unsuccessful Snapchat-influenced features more relevant and appealing to users. Dozens of Snapchat copycats have cropped up in the intervening years since the service’s emergence, but Facebook’s “Messenger Day” feature has received significant blowback for its unfriendly user experience, and obtrusive presence.

Likely, the new Meitu partnership will be seeking to leverage off Meitu’s success in bringing AR technology to selfie apps. Today, Meitu’s app has been installed on 1.1 billion unique devices and has a reach of 450 million monthly users. That’s a huge value add for Facebook, whose service has been largely unpopular as users lean in to Instagram’s “Stories” offering, or remain loyal to Snapchat.

“Since Meitu launched its first AR-powered app in 2010, we’ve seen first-hand how the adoption of AR technology has transformed the way we interact with each other and express ourselves through the stories we share with the world,” Meitu’s global operations managing director Frank Fu said in a statement.

“We are honoured to be selected by Facebook to kick off this incredible new feature, and excited to come along for the ride as the platform further reshapes the social media experience.”

For Meitu, the partnership with Facebook could be a way for the company to begin monetizing its technology. Meitu’s app draws in millions of users, but the company’s smartphone is still where much of its bottom line is met.

The company has tried to expand into more financially beneficial areas, such as its MakeupPlus app, which brings the AR experience to make up retailers. Users can try on products from some of the biggest names in cosmetics, such as Sephora, Charlotte Tillbury,  Lancôme, YSL, Clinique and Bobbi Brown, in store-like simulations. Likely, brands will pay Meitu to integrate their products into the technology to engage with their audience in a whole new way.