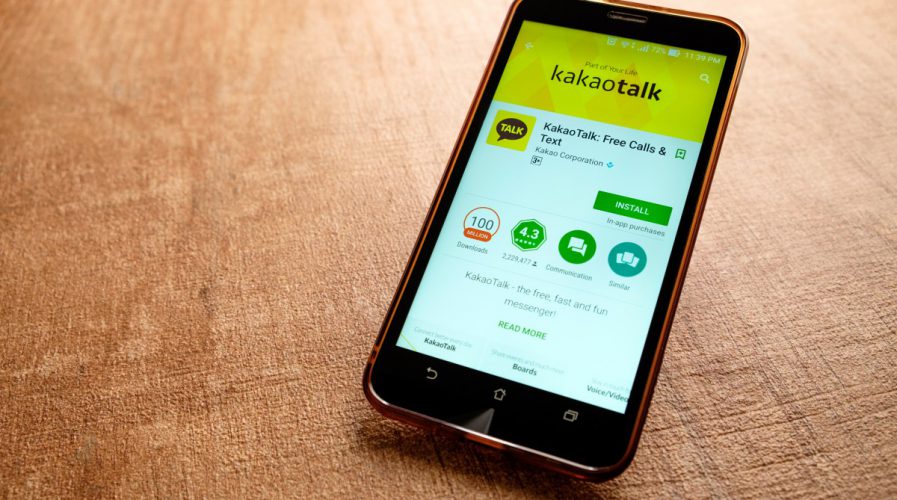 KakaoTalk is one of the most popular messaging apps in South Korea. Source: Shutterstock

SOUTH KOREA’S mobile chat app Kakao has launched a spin-off product that is very on trend.

As reported by TechCrunch, the company plans on launching services that extend beyond its usual mobile-focused offerings, which will include a ride-hailing app. What’s most notable here is the app is actually more popular than Uber.

As Uber was required to withdraw its services back in 2015 for operating without a licence, Kakao and other local ride-hailing players have had quite a headstart on winning the South Korean market.

The company, which has clocked 50 million monthly active users, is orchestrating the spin-off in hopes to foster “swift decision-making and aggressive expansion.” The new ride-hailing app development will be accelerated by one of Kakao’s investors, American investment firm TPG, which has just invested US$437 million into the company’s ride-hailing service.

Kakao’s legal entity Kakao Mobility CEO Joohwan Jung weighed in on the company’s new focus on ride-hailing in a statement: “As part of larger global trends, the traditional offline industry sector has been undergoing rapid transformation into developing online offerings, with the mobility business a particularly exciting and high-attention area.”

“We see infinite opportunities ahead, and will strive to create new value for both users and businesses across the mobility business through strategic partnerships and by securing the top talent.”

This isn’t the first time Kakao has launched a transport-related service in efforts to diversify its offerings. In fact, TechCrunch notes the company is actually best known for its Kakao Taxi service, which makes sense because the app is a staple on more than 95 percent of all smartphones in South Korea. According to the company, the service currently fields 1.5 million ride requests every day.