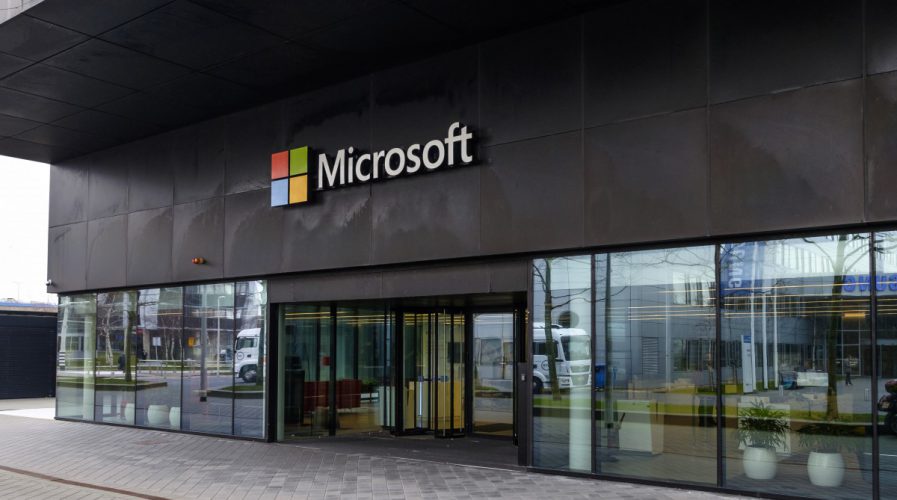 Microsoft is said to layoff “thousands” of employees in order to begin its pivot to cloud computing services. Source: Shutterstock

‘Thousands’ expected to face layoffs as Microsoft pivots to cloud-computing

MAJOR LAYOFFS are imminent at Microsoft. The world’s largest software retailer announced a company-wide reshuffling of its staff, with a particular emphasis on its sales and marketing teams. This exercise is done in a bid to refocus its business around sale of cloud computing services rather than individual pieces of software.

Several media outlets, including CNBC, The Wall Street Journal and The Washington Post have said the layoffs could number in the thousands. The Puget Sound Business Journal was the first outlet to carry the news employees were informed on Monday of the company’s plans.

The “thousands” of layoffs would set into motion Microsoft’s plans to merge its enterprise customer unit with at least one of its SME-focused departments, Tech Crunch reported.

The reshuffle largely affects employees under Microsoft chief marketing officer Chris Capossela and executive vice-presidents Judson Althoff and Jean-Phillipe Courtois. According to a report by the WSJ, an email from Althoff notes the global sales team would be redirecting their efforts to push their services to large enterprise customers and SMEs in the future. Microsoft’s efforts are apparent moves to compete more effectively with Amazon’s significant cloud-infrastructure, which remains the pioneer and most popular cloud-computing option in the West today.

Microsoft is said to plan a sales reorganization as soon as next week, sources tell us. (right now on @TheTerminal)

Althoff wrote in an email to the WSJ the company is seeking to “align the right resources for the right customer at the right time” through more specialized tools tailor-made for their customers’ needs, compared to its previous strategy, which focused on pushing out packages.

Althoff hopes the reshuffle will allow him to now focus the company’s sales group, The Redmond, more on directly partnering with vendors and systems integrators.

SEE ALSO: Indian IT mammoth Cognizant to slash over 6,000 jobs

Althoff is at the heart of the company reshuffle, having recently taken charge of the sales and marketing teams, alongside co-executive Courtois, from the old guard COO, Kevin Turner. In the past, Althoff had been critical of Microsoft’s impersonal sales approach.

Though the scale of the layoffs appears startling, Microsoft has long been known to drop their headcounts around this time of the year, as July is typically known as the end of its fiscal year. This isn’t the first time Microsoft has dramatically cut its employee-base down – last year, the company announced 2,850 jobs would be imperiled, and shortly before then 1,850 staff members were to be culled from its smartphone division.

According to Bloomberg, this next round might constitute “some of the most significant in the sales force in years.”