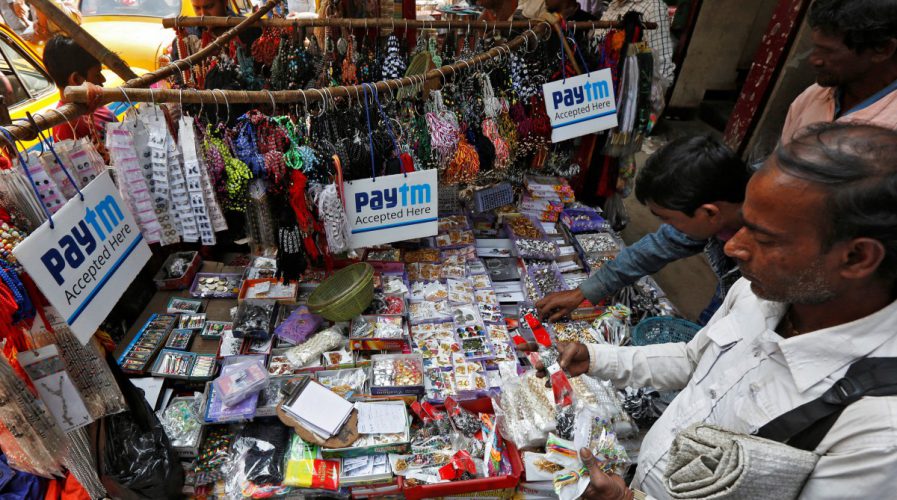 Local small businesses are being pushed out by the entrance of Chinese giants in market. Source: Reuters/Rupak De Chowdhuri

Why cybersecurity is crucial as economies take the cashless route

IMAGINE the total death of the physical economy, a world where loose change and crumpled notes become only as valuable as today’s vintage antiques.

Digital wallet apps will replace chunky purses and stories of “in my day, we got paid cash-in-hand rather than all this phone malarkey” will be nostalgically echoed around family parties.

This must have been what India’s Prime Minister Narendra Modi envisioned last year when he announced the demonetisation of all INR500 and INR1,000 (worth US$7.50 and US$15 respectively) banknotes, which made up 86 percent of all cash circulating in India’s economy.

In a country where 90 percent of transactions were made in cash, Modi’s drastic measure seemed nothing short of madness. Why would you, in one fell swoop, wipe out nearly all the cash your population had been using overnight?

Interestingly, it was for this very reason Modi put India on the road to becoming a cashless economy. Because almost all transactions were completed in cash, there were no official records of individual incomes. Through the online programme Aadhaar, many Indians who were previously not on any official system were given unique identification. It became quickly clear how only a small section of the society was paying income taxes – one percent.

By banning the use of INR500 and INR1,000 notes, Modi was hoping to force people to use means of payment that can be better tracked.

And that it did; with India being the second largest smartphone market in the world, consumers and business owners alike automatically turned to using digital wallet apps such as PayTM and Freecharge to conduct transactions.

The apps link a person’s bank details to the phone and change money into a digital currency such as bitcoin or ether tokens. The app is then scanned on a transaction receiver to transfer money. This allows businesses and buyers to track spending, demand and sales. This way, the government can also monitor incomes and crack down on tax evasion and “black money” in the economy. 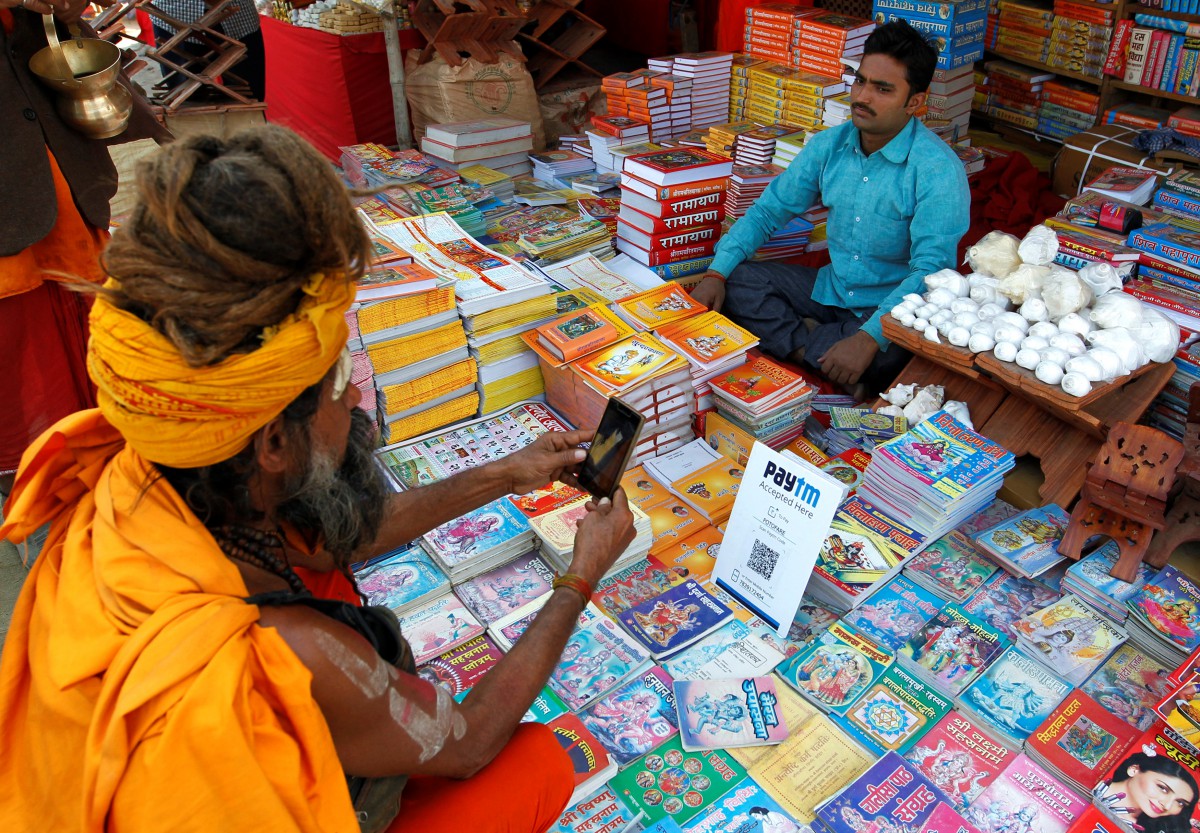 A Sadhu or a Hindu holy man pays the vendor through Paytm after buying a book during the annual religious festival of Magh Mela in Allahabad, India, on Jan 26, 2017. Source: Reuters/Jitendra Prakash

The growing popularity of mobile payment services isn’t unique to India. Across the world, more and more consumers are opting for contactless payments, turning to similar apps like Apple Pay, Android Pay, Google Wallet and Samsung Pay. Modi’s vision for India, it seems, may well become a global reality.

In a perfect world, this would be hailed as the smartest solution to Modi’s tax evasion problem and nothing more. No longer would you care you dropped your wallet unknowingly; tax evasion can be reduced or prevented entirely; and consumers can track their spending digitally and in a more organised manner.

SEE ALSO: Banks told to digitize of risk becoming obsolete due to fintech

Unfortunately, the use of digital wallets makes money more vulnerable to hackers through digital wallet apps, as blips in the coding protecting theft can be exploited by computer masterminds.

Coding geniuses, with the same skill level as those writing the protecting code, can hack into program and steal digital currencies, without leaving any trace of where the currency has gone or who took it. In fact, just last month, US$32 million of digital currency was stolen from digital wallet Parity, and this cybercrime was not an isolated event.

“While transacting money online is indeed easier compared to the traditional method, it is more dangerous too.

It's only possible in India! Going #cashless reality check ? pic.twitter.com/vTyVT5AWu7

“It is a must for consumers, banks, and the government to work together in beefing up India’s cybersecurity defences to safeguard money online. Like constructing a sturdy fortress, securing payment networks, banking systems and the Internet itself requires a brick-by-brick approach.

“In this case, the bricks are the highly cyber-savvy users and the efficient cybersecurity solutions. Lack of either can create a vulnerability cyber attackers are waiting for and willing to exploit.”

But is the risk of digital money theft worth the cashless world it allows?

Although it allows for a crackdown on illegal activity and tax evasion, until cyber-loopholes can be completely closed, users won’t be able to trust the platforms as totally secure. Cybersecurity can be increased through tighter legal punishments for crime, but ultimately, preventing hacking comes down to a cat and mouse game of creating tighter code before previous vulnerabilities are discovered.