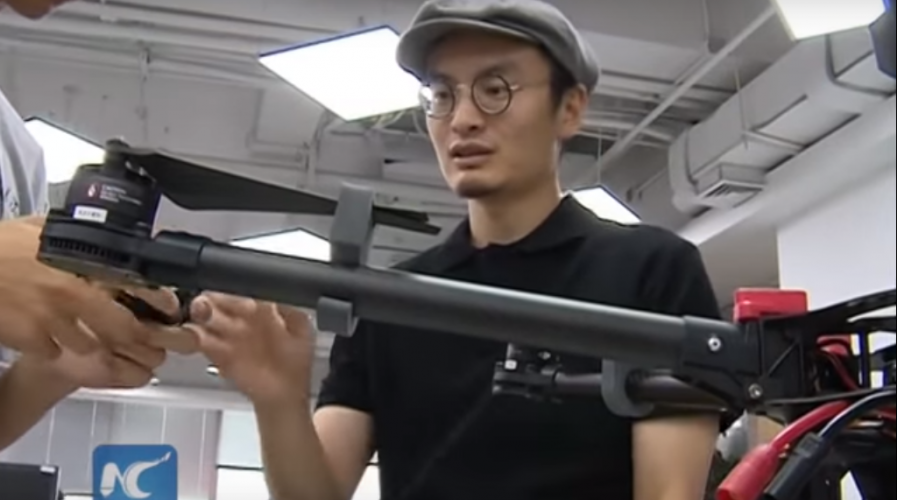 DJI is now considered to be the fifth most valuable startup in China valued at US$13.7 billion. Source: Youtube

AT the age of 36, the founder of the world’s largest consumer drones company, Frank Wang Tao, has become the youngest Asian technology billionaire on Forbes magazine’s 100 Richest in Tech list.

Ranked 76 on the list, the founder and chief executive officer of SZ DJI Technology Co. is now estimated to be worth some US$3.2 billion, the South China Morning Post reported.

Wang, who founded the company in 2006 from his dorm room at Hong Kong University of Science & Technology (HKUST), has built up an empire which has a 70 percent share of the world’s market for recreational drones.

Wang, who hails from from China’s Zhejiang Province, came to Hong Kong in 2003 after enrolling for a course in HKUST. Two years later, the university granted him HK$18,000 (US$2,300) to conduct research and develop a drone, according to Ej Insight.

In 2006, Wang moved to Shenzhen, China’s tech and innovation hub across the border from Hong Kong, to start his business where he had easier access to engineers and manufacturing partners.

After hitting the store shelves with its first product in 2008, the company has since made drones affordable for average families.

The company is also dominating Western markets with competitive pricing and constant hardware and software optimization.

DJI is now considered to be the fifth most valuable startup in China valued at US$13.7 billion.

According to Forbes, Ali Baba founder Jack Ma has remained in Asia’s top spot with Tencent’s Ma Huateng trailing not too far behind at an estimated worth of US$36.7 billion, some US$700 million less than the e-commerce magnate.

Thanks in part to the success of WeChat, the largest gaming and instant messaging platform in China, Ma Huateng’s net worth rose a whopping 67 percent in the past year. Closing in nearly one billion monthly active users, Tencent has become the most valuable listed firm in Asia.

The fortune magazine said the share prices of Alibaba and Tencent have both surged in the past year.

Jack Ma’s estimated worth increased by US$11.6 billion this year, while the wealth of Ma Huateng, rose by US$14.7 billion.