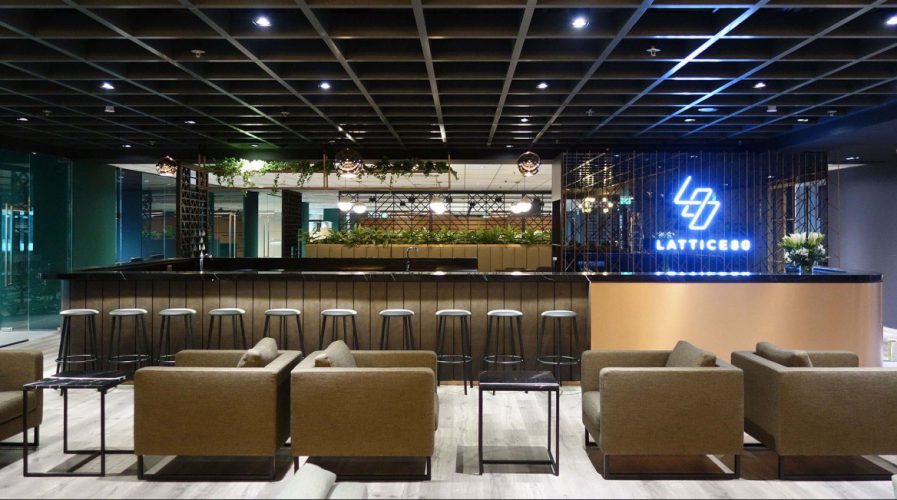 LATTICE80, Singapore’s fintech hub will be opening an India branch at the end of September, as reported by Bloomberg, marking the company’s first step in expanding their global operations.

The fintech hub is planning to open offices in world’s financial capitals, especially London, New York and cities in the Middle East. Offices there are estimated to be opened sometime in 2018. Other Asian cities in the running for a Lattice80 office include Hong Kong, Bangkok, Ulaanbaatar in Mongolia, and Jakarta.

Are you a #Fintech startup and looking for a space? Come be part of #LATTICE80! Submit a business plan to info@lattice80.com to join us! pic.twitter.com/V67buj53Wl

At this point, plans for India include a 30,000 square-foot space in Visakhapatnam, in the state of Andhra Pradesh. The location is curious, as Visakhapatnam is roughly 800km from Bangalore, which is considered the heart of India’s tech scene in the southern state of Karnataka. Likely, Lattice80 has chosen to set up in Visakhapatnam to escape higher rental costs in Bangalore, while still being relatively close by.

Lattice80 CEO Joe Seunghyun Cho told Bloomberg Lattice80 is currently working on onboarding around 30 potential tenants, though the hub has the capacity to support around 100 startups.

SEE ALSO: Could Singapore be the next global food startup hub?

In their hometown of Singapore, Lattice80 supports 85 startups by providing them with office space and the necessary infrastructure to run a business. Crucially for businesses, the Singaporean office hosts R3, a consortium of global financial firms whose work focuses on developing applications for blockchain technology.

The concept of the fintech hub appears exceptionally similar to a regular co-working space, but the company told Tech Wire Asia the co-working element is merely one aspect of the Lattice80 ecocsystem.

“We are a not-for-profit organization helping stakeholders: the startup community, corporates and financial institutions, governments, and the public,” Cho said in an emailed statement.

“We are an ecosystem player filling the gap between the private and public sectors. We don’t compete with other co-working spaces.

#Singapore based #startup complexes like Block71 and LATTICE80 are expanding to #India and #Indonesiahttps://t.co/95697D55Mr pic.twitter.com/wTPPj1eo4u

The planned expansion into India is meant to take advantage of the country’s huge IT talent pool. India regularly supplies droves of highly skilled technology workers to the rest of the world, so it stands to reason why Lattice80 would be looking to set up operations in the country.

“While it is difficult to find good engineers for tech startups globally, there are millions of them in India,” Cho said to Bloomberg.

“The pool is strong and deep, and labor costs are low. The country is one of the best places to build tech resources.”

That being said, India isn’t exactly well known for being a fintech hub, unlike Singapore, so startups there might find it hard going in the country. Cho said Lattice80 was taking a two-pronged approach to their expansion in India: 50 percent of their efforts will be directed at helping existing members access a new market in India in terms of consumers and talent.

The organization will also be focusing on “building a locally-grown fintech community” through connections to Singapore’s not-inconsiderable international network and existing technologies.

“We are not an expert in India, so we always partner with local players and remain positioned as a global platform. We will adopt the same strategy in other cities,” Cho said.

Some of the firms that will be working out of their India offices in Visakhapatnam already have bases in Singapore, such as robo-advisers Bambu and Smartfolios as well as women-centric online bank Miss Kaya.