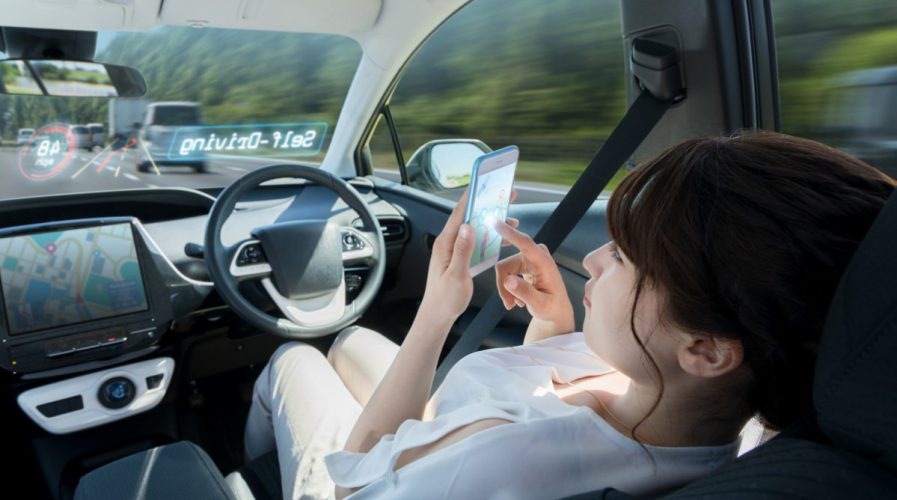 Fully-autonomous vehicles are predicted to enter normal use in the next year. Source: Shutterstock.com

Japanese bus races – albeit at 10kmh – towards autonomous future

JAPAN’s Land, Infrastructure and Transport Ministry has begun working demonstrations and tests of a driverless passenger bus, according to IT Media.

The article explains the recent test in Tochigi prefecture on Japan’s main island, Honshu, used a “Robot Shuttle” bus that is being developed by Tokyo-based DeNA (pronounced D-N-A), a tech company specializing in e-commerce and entertainment.

The aim of the tests is to develop a fully autonomous transport means that can be used, at least initially, as transport for the elderly and as a means of parcel delivery.

The bus is capable of travel on public roads, albeit ones with guiding wires laid into them. Currently, other road-using traffic in the locale is restricted during the live tests, but eventually, the buses are thought to be advanced enough to be able to join regular traffic.

Unlike several systems being developed worldwide by the likes of Google, Apple, Land Rover, Nissan etc., this particular experiment uses a vehicle with no manual controls (nor a driver’s seat), so would not be eligible for on-road testing under many other countries’ legislation at present.

The technology used in the bus includes real-time monitoring of sensors and cameras mounted on the vehicle and the bus will automatically decelerate and stop when people or other objects are detected in its way. Overall speeds at present are not alarming, at a distinctly un-heady 10kmh (6.2 mph).

There are 13 further experiments planned in locations right across Japan in the following months, and the aim is to be able to produce a fully viable commercial service by 2020.

The experiments and testing join other efforts in Asia Pacific, such as that by MIT spinoff nuTonomy, who aims to launch a driverless taxi service in Singapore as soon as 2018. Currently, the taxis are limited to traveling a 12km designated circuit in the one-north district, but remain the poster boys in the country that’s at the vanguard of the push to autonomous transport.

Nissan’s recent teaser of its semi-autonomous Leaf model points the way to a creeping deployment of self-driving features in mainstream vehicles, and at present, it is Asian and European drivers who will reap any early benefits. The company also announced back in 2013 it intended to produce a range of fully-autonomous options for drivers (should that be passengers?) by 2020, a claim that appears to be still attainable.

In the US, General Motor’s Richard Holman moved forward his predictions of when self-driving cars may be deployed on the world’s roads, quoting 2020 or earlier, a revision of his previously stated 2035.

Meanwhile, it will likely be up to legislatures and insurance companies (and quite a few philosophers, in all likelihood) to determine new definitions of “at fault” and “driver” in any accidents involving the new tech.