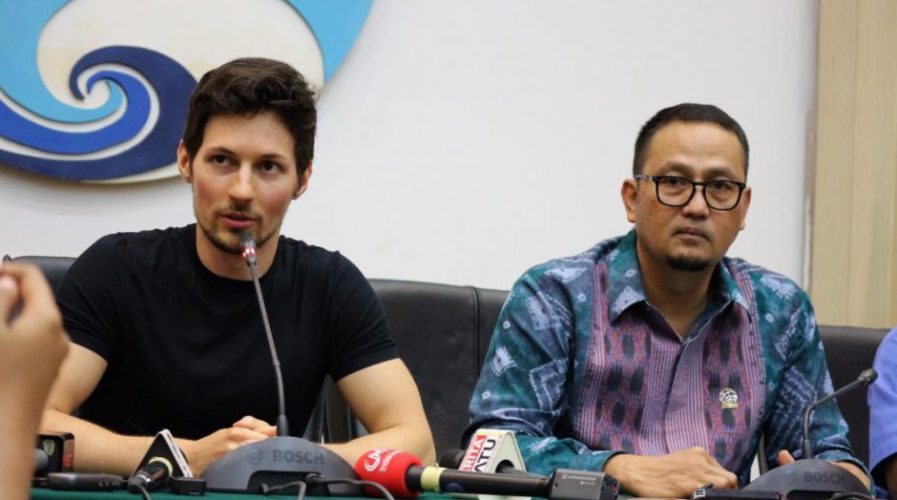 Indonesia to lift ban on Telegram after CEO meets government

INDONESIA’s government has vowed to lift its block on Telegram after the messaging app provider’s CEO Pavel Durov personally met with the country’s communications minister in Jakarta, providing assurances about combatting the communication channels of extremists.

Russian national Durov met with officials of the Indonesian Ministry of Communications and Information Technology on Tuesday to discuss how to effectively combat “negative” content on Telegram to ensure the ban could be overturned.

“I appreciate that Telegram is very responsive in addressing this issue,” said communications minister Rudiantara in a statement, who said that the app would be unblocked by his ministry this week.

Telegram provides highly secure, end-to-end encryption from sender to recipient, which means not even the companies providing the platform can access messages. For this reason, it is known to be a popular mode of communication between sympathisers of IS and other terror groups.

“Telegram is very concerned about the threat of global terrorism, especially for countries like Indonesia,” said Durov, who emphasised the importance of joint statements against extremism from his company and governments like Indonesia.

Terrorists are after your fear – and the media are glad to help them. Don't give in! Report public terrorist content https://t.co/sFTKRb18mk

SEE ALSO: Instagram says that Indonesia is its largest market in APAC

He tweeted on Monday that he was “in Jakarta, meeting with local teams brainstorming ways how to eradicate ISIS propaganda more efficiently.”

Indonesia is currently struggling to contain a rise in Islamic radicalism, seen to threaten the nation of 260 million people’s history of religious tolerance and pluralism.

The government recently banned Islamist group Hizbut Tahrir Indonesia, who advocate the replacement of democracy with a transnational Islamic caliphate.

**This piece was originally published on our sister website Asian Correspondent.