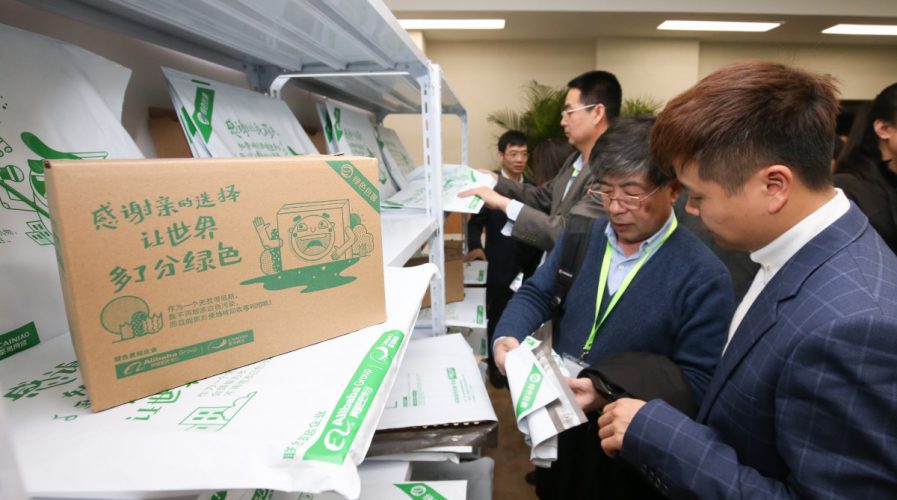 Alibaba will be launching a series of green initiatives for its Cainiao Network warehouses to reduce environmental impact. Source: Reuters

Saving the planet is on everybody’s agenda – even Alibaba’s

ALIBABA’S data-driven logistics arm, Cainiao Network, is taking a green approach to its new warehouses and processes which it will roll out this November

Cainiao will be debuting a “green logistics” master plan that sets forth several strategies and projects the company envisions will lay the groundwork for what it hopes will lead to positive growth that is good not only for the company but also the entire planet.

China is known the world over for having a terrible track record when it comes to air pollution, and we all know of the obscuring power of a haze incident. According to the Environment Minister, China emits 25 million tonnes of greenhouse gases every year, and though enforcement of environment laws has improved, the country is still producing high levels of carbon emissions.

Alibaba’s Cainiao will be launching several initiatives aimed at combating environmental harms that might occur at all parts of their supply chain, and each plan has a specific technology twist that is designed to help reduce costs and environmental impact.

“Technology companies today should think about how to solve problems, rather than how to connect the world and all those very large, philosophical questions,” said Joe Tsai, Alibaba’s executive vice-chairman to the audience at a Singapore Summit panel discussion. 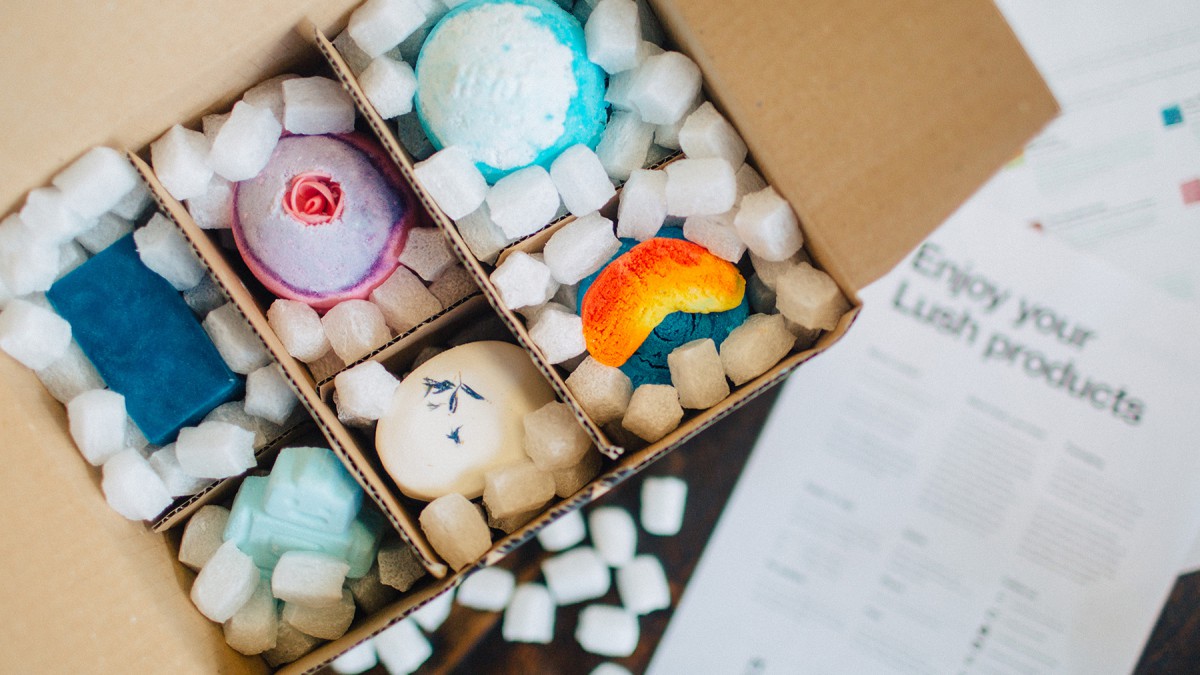 Cainiao’s master plan includes an expansion of some of its current environment-focused programs. In partnership with several industry partners, the Alibaba affiliate explored how the resource-heavy logistics industry could mitigate its impact without causing too much damage to their own bottom lines at Alibaba. The plan includes a strategy to reduce its carbon emissions by 3.62 million tonnes of emissions, while also boosting the environment itself through the replacement of e-commerce packaging with biodegradable materials.

The master plan includes the world’s first “green warehouse”, which will employ data to manage its stock, while also integrating the use of a mostly-robotic workforce. The warehouse was revealed back in May that it would be launching these “smart warehouses”, and Cainiao said in a blog post that the company would be looking to set up 20 such warehouses across China. According to Alizila, the Alibaba-focused news blog, 70 percent of Chinese shipments rely on Cainiao algorithms which organize delivery routes and times.

Further down the supply chain, Alibaba will also be taking the fight against a changing environment by introducing self-developed biodegradable plastic bags and reusable paper boxes that take advantage of biodegradable glue rather than packing tape. 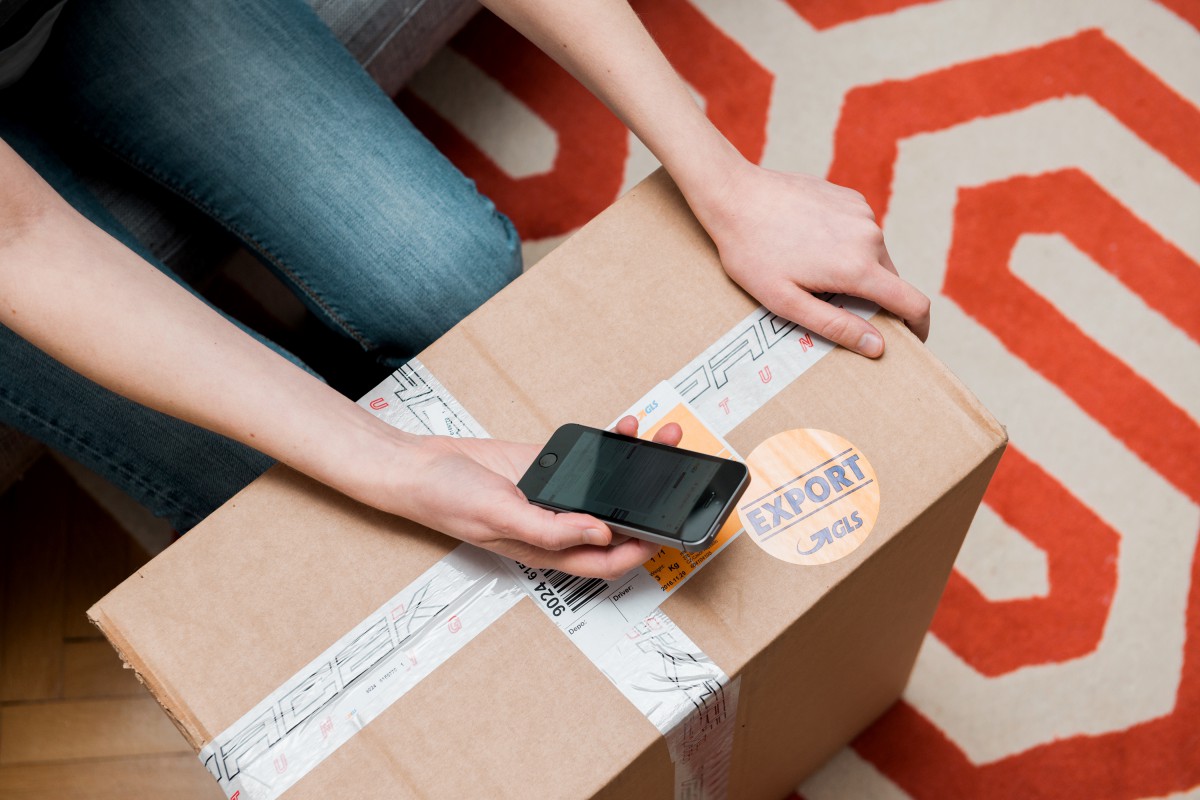 Cainiao is implementing some data analytics and AI in their warehouse to drive more efficient systems. Source: Shutterstock

Sellers on Alibaba’s many e-commerce sites can offer their customers free delivery if sellers use official Alibaba packaging with certified labels. According to Alizila, Cainiao has distributed over three million green-packed parcels.

Cainiao will also invest in setting up recycling facilities for cardboard at several delivery points in major cities, including Beijing, Shenzhen, Shanghai, Guangzhou, and Alibaba’s hometown of Hangzhou. At these recycling centers, customers can leave their unwanted shipping boxes which will then be either reused or turned into new ones.

Alibaba founded Cainiao in 2013 in an effort to ensure that it had enough of the country’s e-commerce businesses locked into its ecosystem. The company rounded up a handful of delivery companies underneath a single a single umbrella company, and each company brings with it a network of delivery partners, warehouses and merchants.