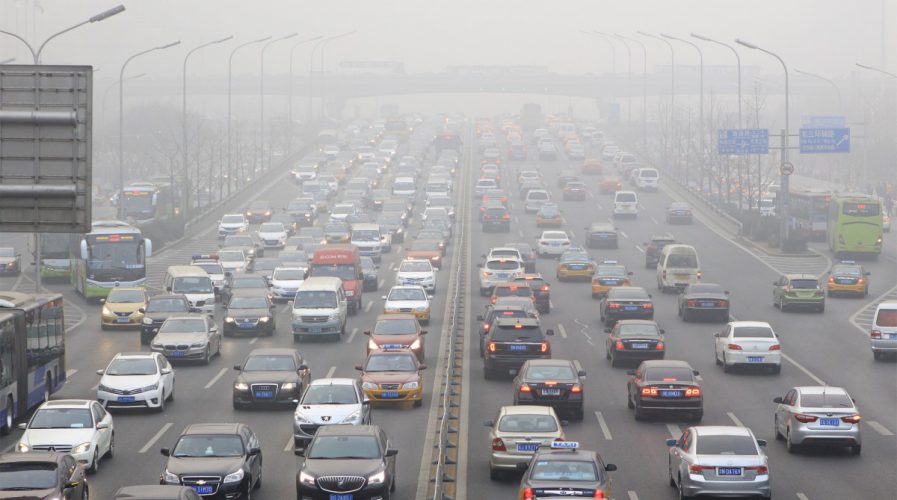 Your gas guzzler will soon be banned in China

CHINA – the world’s biggest car market – will soon set a deadline to end sales and production of fossil-fuel-powered vehicles, as it shifts its focus to the electric vehicle (EV) market.

The country’s vice minister of industry Xin Guobin said his ministry has started to undertake “relevant research” and to work with other regulators to establish a timetable to put the ban in place, but doesn’t yet have a framework in the pipeline.

“The implementation of the ban for such a big market like China can be later than 2040,” Liu Zhijia, an assistant general manager at Chery Automobile Co., the country’s biggest passenger car exporter, told Bloomberg.

Half of all worldwide electric car sales in 2016 were in China https://t.co/hpL07tVoYy pic.twitter.com/7spAgGL9Yi

“That will leave plenty of time for everyone to prepare.”

The announcement follows in the footsteps of UK and France which have already announced plans to ban new diesel and petrol vehicles by 2040, as part of efforts to reduce pollution and carbon emissions.

Carmakers are following suit. Chinese-owned carmaker Volvo said in July that its new car models would have an electric motor from 2019. The company wants to sell one million models by 2025.

SEE ALSO: Volvo to stop making fossil-fueled cars by 2019 in response to demand for EVs

Other global car firms including Renault-Nissan, Ford and General Motors are all working to develop electric cars in China.

Chinese government has previously said that it wants electric battery cars and plug-in hybrids to account for at least one-fifth of its vehicle sales by 2025.

China has begun looking at a ban on traditional petrol-engine cars. https://t.co/gbTb5P9SBG

As well as disrupting the car industry, China’s commitment to electric vehicles could also affect the oil industry as the country is the world’s second-largest oil consumer after the US.