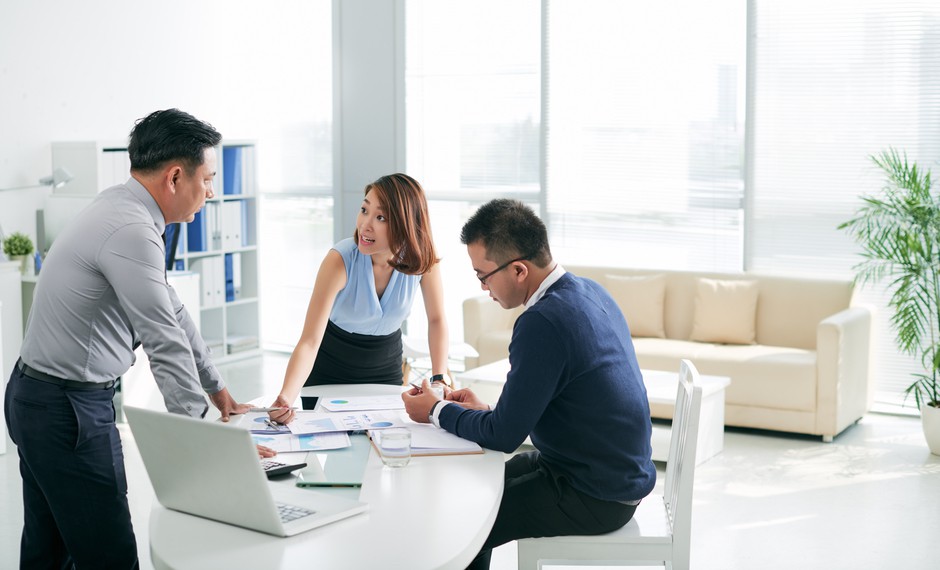 Enabling the workforce and enlightening the board: Workflow management solutions for Asia and beyond

Enterprise Resource Planning (ERP) software helps an organization make the transition from off-the-shelf specialized software (such as standalone accountancy applications) to an integrated system that puts the emphasis on departmental interoperability, efficiency, and automation.

ERP adoption comes at a cost, a good deal of it upfront, but the business outcomes, given that the adoption goes well in all areas, can be overwhelmingly positive.

Indeed, many businesses, when making the step up to the next level (from small to medium enterprise, for instance) find that using ERP is key to achieving the required gains in scale.

ERPs come under various guises: some are designed for particular industries, while others are multifunctional and therefore reflect the larger enterprise in its numerous divisions, departments, and interests.

While every ERP software manufacturer would have you believe otherwise, not every system is perfect for every enterprise. Similarly, the most beautiful-looking and easy-to-use applications may not be the most powerful.

An example of the power vs. beauty dichotomy can be seen given the example of two industry giants, Apple and Cisco.

Apple’s products are known for their high design values: simple to use and understand, seamless in everyday use. However, Apple would be the first company to admit that it takes little or no interest in positioning itself as an enterprise solution provider. Indeed, certain hirings suggest that the multinational giant is, in fact, positioning itself as the purveyor of high-end luxury products.

Conversely, Cisco offers hardware products that are still, to a great extent, best configured using a Command Line Interface (CLI). They are therefore not easy to use to their full capacity without some considerable degree of previous knowledge – an aspect of the Cisco business model supported by the Cisco accreditation scheme. The products are, unarguably, the de facto standard for network infrastructure – reliable, powerful and well supported – but they aren’t suited to end-user modification. 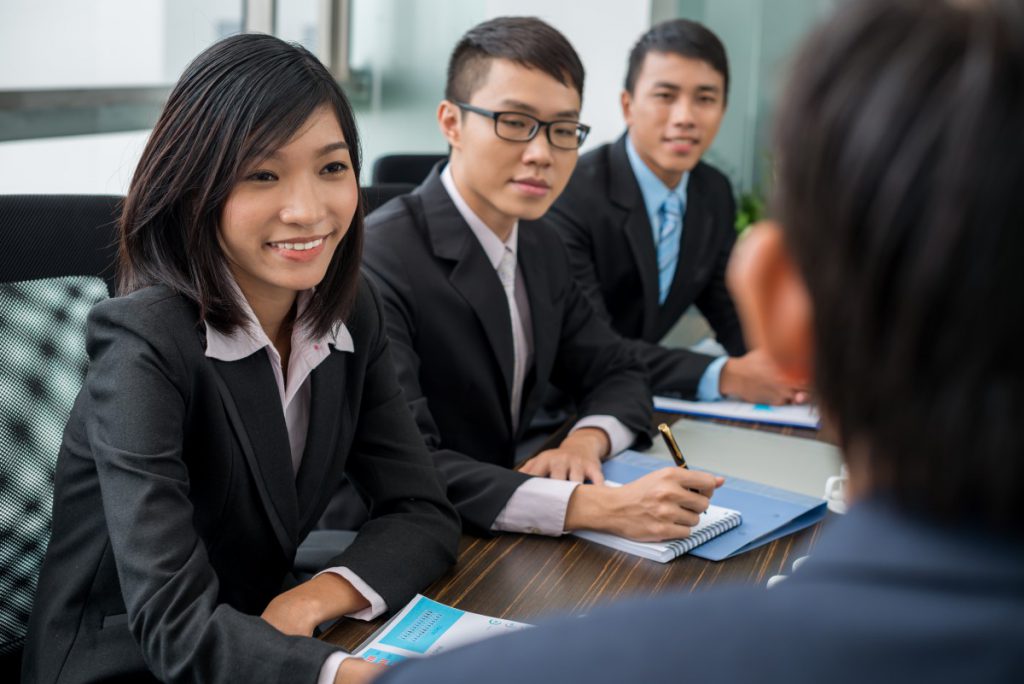 Two major suppliers of enterprise ERP solutions are cases in point of this dichotomy:

1. SAP‘s products are ingenious, powerful, far-reaching, programmable, and adaptable to just about any purpose in the enterprise.

However, they can be described, perhaps charitably, as a little eccentric in their behavior (read into that what you will).

Additionally, SAP’s GUI has its roots firmly in Windows 3.1, circa 1992. While Fiori is one of a series of attempts to improve matters, it’s widely recognized not to be a quality offering.

2. Microsoft’s various offerings, when combined across the enterprise, from desktop client apps to server-side offerings, offer a simple ubiquitous interface and GUI that’s widespread in acceptance.

The combined power of Microsoft products is incontrovertible, but Microsoft’s business model dictates that third-party solutions will not work as well in its walled garden as native Microsoft applications. This poses problems for any organization that wishes to continue using legacy, (or indeed, current) perfectly acceptable, effective applications.

So, if we assume that no particular product is all things to all men, we can consider four ERP systems which may be considered by any organization that intends to revolutionize its working by means of a software overhaul of processes.

Cordis’s solutions place themselves uniquely, as a bridge across the gap between SAP and Microsoft (for this reason, we place it first on our list in the context of this piece), exploiting the inherent capabilities of both.

Cordis’s founders realized that the SAP+Microsoft combination was the standard across huge numbers of organizations. While Microsoft products dominate the desktop and form the everyday working environment with which millions are familiar and accustomed, it is SAP that often runs business processes.

However, the combination of Microsoft’s inoperability with non-Microsoft products, and SAP’s troublesome GUI(s) led the company to position its products to act as the intermediary between the two powerhouses. Indeed, Cordis is unique in that it is the only ERP supplier to be a provider of packaged applications, services and support for the SAP Gateway for Microsoft platform; the only platform approved by both giants.

Cordis’s solution works seamlessly therefore with existing Microsoft and SAP solutions, harnessing SAP’s power but using Microsoft (and mobile) platforms to interact with users in contexts that are, these days, second nature.

Additionally, due to both SAP’s and Microsoft’s products’ glacial progress towards empowering their users with true mobile working capability, Cordis stands out by offering viable on-the-go interfaces for today’s workforce. Read their full profile…

Workfront’s solution is one of those that are designed for particular industries in mind. While this is not necessarily a bad thing (by spreading abilities thin, the theory might read that power is dissipated), the solution is probably aimed best at service industries, or departments within larger enterprises.

Formed in 2001, the company was known as AtTask until 2015, and currently, the company was one of Inc. 5000‘s fastest growing companies for the last three years, having to date over 300 employees.

Workfront is known conversely to be a more expensive solution than some, but even basic plans include features like timesheets, integration, and advanced reporting that other products don’t offer out of the box. Price is, however, customizable by the access each user needs to the app choices.

Workfront integrates with external services such as Box, Dropbox, and Google Drive at no additional cost. Additionally, the application can also work with Adobe Suite, Outlook, and Widen, but this functionality does cost a little more.

K2 was formed in 1993 in South Africa, and has since gone on to work from five offices and have 500+ employees worldwide. K2’s business applications are currently in use by 1.5 million users in over 80 countries. K2, as well as being long in the tooth, relatively, has strong financial backing, with more than $150 million raised.

K2’s blackpearl offering allows users to build, run and deploy apps without any specific coding knowledge, although a degree of technical competence is assumed.

The building process is simple yet highly business-focused: users (come programmers) map their workflows in the drag-and-drop interface, and this creates the apps’ code, apps which will, in turn, run on desktop and mobile without a great deal of further work.

Clearly, there has to be a dedicated amount of time and resources given over to initial development and ongoing changes, but as every enterprise can build on a bespoke basis, this investment is potentially less than the cost of making required changes to use of an off-the-shelf product.

kintone (note lower case ‘k’) is cloud-based and is a platform that includes compliance management, online form creation and use, event monitoring, and access to a library of applications on a controlled, per-user basis.

Manual tasks that would otherwise be repetitious can be automated inside any workflow without needing to modify or create code, such as task assignments and notifications. Accepting that most users have a commitment to other solutions, kintone offers Excel spreadsheet conversion into apps of the software’s creation. This process is advertised as utterly seamless – and on some levels, it is, although users will probably want to expand their spreadsheets’ power using kintone’s abilities.

The terms used by kintone with regards its apps are ‘no-code’ and ‘low-code‘: the former refers to a simple drag and drop interface app build, while ‘low-code’ gives users more power to modify Javascript etc. to create bespoke solutions.

System administrators will also welcome an open API which allows legacy systems to be integrated.

Like many suppliers, human input is available on a consultancy basis, for basic help and up to full implementation levels, plus kintone offer reduced prices for non-profits.

kintone runs in a browser and so will work immediately on connected mobile devices as well as the desktop.