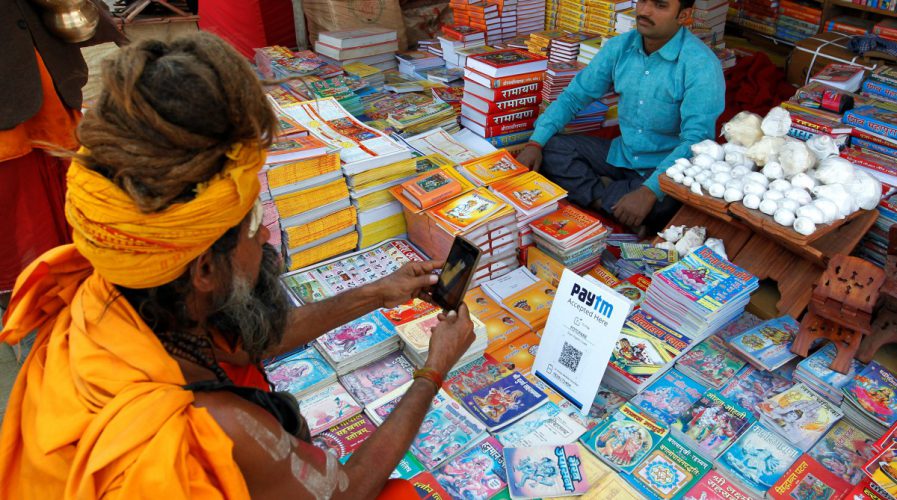 A Sadhu or a Hindu holy man pays the vendor through Paytm, a digital wallet company, after buying a book during the annual religious festival of Magh Mela in Allahabad, India, Jan 26, 2017. Pic: Reuters/Jitendra Prakash

ALPHABET INC.’s Google has launched its first-ever smartphone app that lets users transfer money to individuals and businesses without the use of a credit or a debit card in India on Monday.

The new app, called Tez, lets Android and Apple users send money from their bank accounts or receive it via a simple interface – similar to a chat app – that works in seven Indian languages. 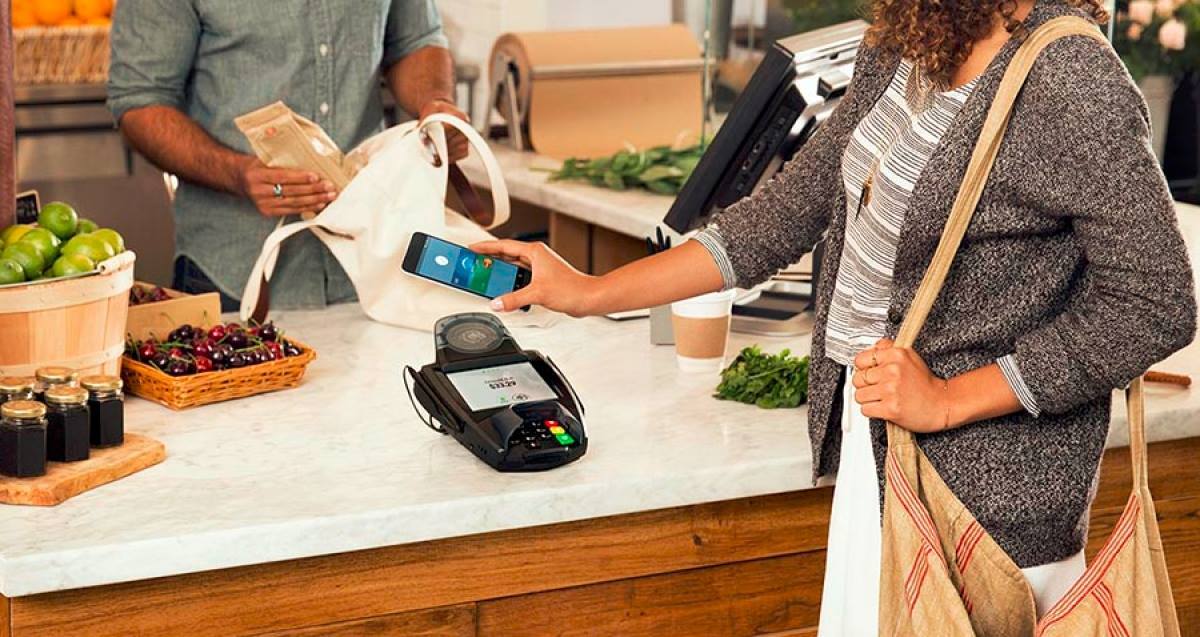 The app launch is a late bid from Google to take advantage of India increasingly overcrowded but booming mobile payments market, which took off last year after the government decided to take 86 percent of currency out of circulation to try and curb corruption and bring more people into the tax net.

The company says it is not charging users or merchants for the service. It hasn’t announced such plans yet, but it is possible Google could one day collect data from the app.

The company has also joined with the Indian government to provide free Wi-Fi at railway stations and has released special apps for the market, including a version of YouTube that can work with intermittent Internet connection.

“Google is late on this thing but they can easily scale it up,” said Tarun Pathak, an analyst at research firm Counterpoint told The Wall Street Journal.

He added that around 96 percent of smartphone users in India are on Google’s Android mobile-operating system, he said, and the service could grow quickly if users flock to it.

SEE ALSO: Why cybersecurity is crucial as economies take the cashless route

However, Google’s new app has some strong competitors. Market leader Paytm, for example, has more than 225 million users and in May raised US$1.4 billion from Japan’s SoftBank Group Corp.