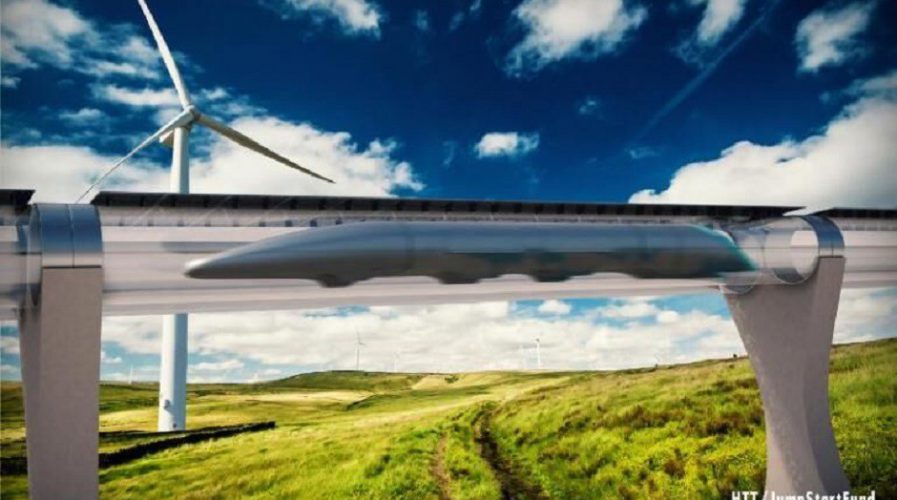 If turned into a reality, the train would be double or triple the speeds of India’s fastest high-speed rail. Source: Hyperloop Transportation Technologies

THE state government of Andra Pradesh in southern India has recently approved the development of a Hyperloop rail link connecting two major cities with levitating trains traveling near the speed of sound.

Upon completion, the project will see levitating pods rack up speeds of 48kms as they travel between Amaravati and Vijayawada on the state’s southern coast in five minutes, Tech In Asia reported. The company on Wednesday announced a memorandum of understanding with the Andhra Pradesh government to develop the project.

In July, Tesla boss Elon Musk, a pioneer in the state-of-the-art technology received a “verbal government approval” to build the futuristic transportation mode to connect New York and Washington DC in under half an hour.

Hyperloop Transportation Technologies (HTT) is a US company that relies on crowdsourcing and collaboration to construct the high-tech trains. HTT was formed to realize Musk’s dream, and the company had its first successful test run back in July.

The company will be working in partnership with Andra Pradesh’s government to build the trains, and if turned into a reality, the train would be double or triple the speeds of India’s fastest high-speed rail with the pods able to reach a peak speed of 1,000km per hour.

The frequency of departures was also expected to be high, with pods being launched every 20 seconds. The technology boasts low environmental impacts compared to other conventional transportation with no direct emissions or noise.

According to the Indian Express, the agreement signed between HTT and Andhra Pradesh Economic Development Board could “potentially turning a trip of more than one hour into a 5-minute ride”.

The company said the project will use a Public Private Partnership model with funding primarily from private investors.

Beginning October, the company will conduct a six-month long feasibility study before proceeding to build the rail link.

“Working with partners in the public and private sector, HTT will analyze the surrounding cityscapes to create the best route between the two cities while identifying all pertinent stakeholders in the region,” HTT said in a statement.

Krishna Kishore, chief executive officer, Andhra Pradesh Economic Development Board said Amravati is embracing a prototype for the “mobility of tomorrow” by collaborating with Hyperloop.

“Major cities seens of the world ha declines in livability and transportation has been a major contributor due to congestion, air pollution and accessibility and Andhra Pradesh is shaping the way it approaches transportation in the future.”

Andhra Pradesh is the seventh largest in India with a population of over 50 million people.