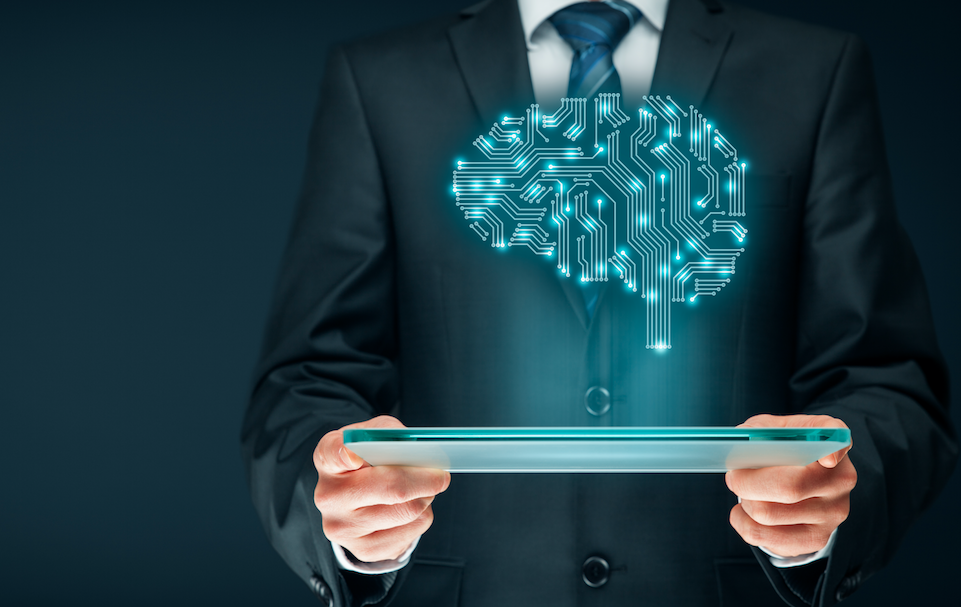 From pen, to typewriter, to silicon brain: AI and the writer’s muse in 2017

With phrases like “killer robots” and prophecies of impending Terminator-style extinction events apparently facing mankind, it’s easy to forget that artificial intelligence (AI) and machine learning (ML) systems can and do play an entirely positive part in all our lives in years to come.

With the tech already in place in most things, there are still developing areas in commerce that are of interest to the enterprise.

It’s probably worth differentiating quickly between AI and ML at this juncture.

Machine learning describes software which learns what’s correct. For instance, from 10 images of dogs, ML software can determine what features determine a dog. Then, by correcting the software’s best guesses at a range of dog or cat images, the application might learn from its mistakes and hone its ‘skills’.

AI is, on the other hand, a catchall term used to describe intelligent machines, or at least, machines so intelligent that we might consider them intelligent. AI systems will probably employ some degree of machine learning, but also use so-called ‘deep learning’ methods of achieving seeming intelligence. Deep learning may include simulations of human neural pathways or similar, but in general, will abandon traditional programming paradigms.

Some AI systems are largely rule-based, such as those ‘driving’ many autonomous cars. Some intelligent systems use only ML. Some believe that machine learning is the only viable form of ‘artificial intelligence’ we as yet possess.

While applications of machine learning (or AI – call it what you will) are most obvious in their pattern recognition capabilities (facial recognition at border controls, medical imagery examination, malware code detection), the areas of human endeavor that are most challenging are those that require creativity.

We’ve all experienced some degree of ML in our lives (you might remember seeing these phrases online: “You may also like…”, or “People who watched x also liked y”). But real creativity is something more nebulous and difficult to define: “I’m not sure what good art is, but I know it when I see it!”

Forays by computers into creativity have included film, art, and music. Recently, AI has hit the headlines in areas that require real creativity, such as playing the ancient game of Go and writing pop music of debatable quality.

One area of creativity that’s come on in leaps and bounds and has a genuine commercial use, as opposed to being, at best, an interesting research area, is text creation.

From the early days of text-play in 1980’s home computing, via Google Translate’s appearance in 2006, computing power can now genuinely offer both original text in bulk and employ the muscle required to, for instance, realize simultaneous translation.

In a world where there are few barriers to trade, artificial intelligence technologies are key in breaking down the final barrier, human language.

Here are four companies using AI/ML to create text and/or translations for the enterprise:

AX Semantics is a German company, comprising a rather unusual mix of copywriters, linguists, researchers, and programmers.

Their self-service offering allows users to sign up to their ‘university‘ and become acquainted with the technology and methods required to produce compelling text on the fly.

While the web interface is a great way to try their offering, serious enterprise users will want to make use of the API, which is available to customers who wish to integrate the tech into their own, broader reaching systems. 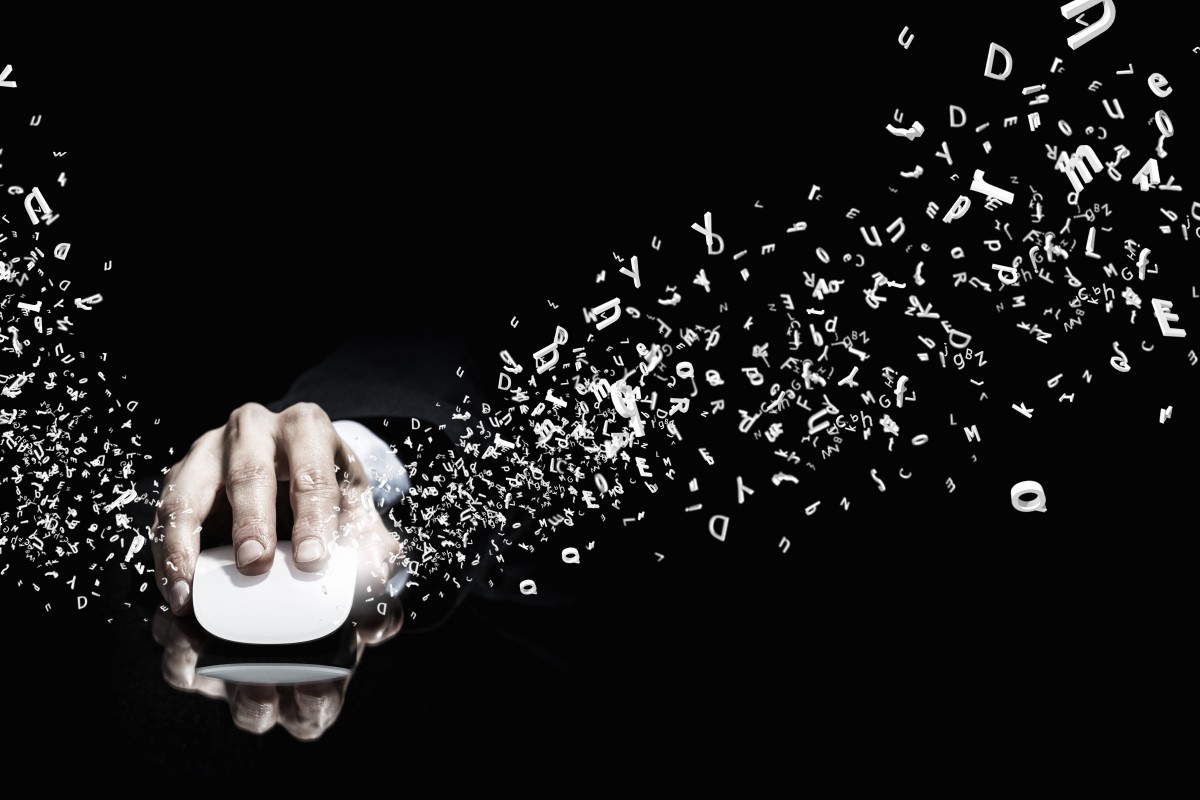 Unlike their competitors, text can be entirely user-defined, so customers are not constrained by templates. The methods of text creation on offer go well above the randomization and IF > THEN > ELSE structure used commonly to date, for instance in SEO ‘spinning’ programs.

The company also offers technology which interprets users’ interaction with published text, generating learning on how to alter algorithms in order to learn which methods produce the most successful texts.

AX Semantics’s offering boasts 23 languages in which text can be generated simultaniously, with ‘difficult’ languages like Japanese and Turkish well into production. This polyglottal approach will help companies expand into markets that ordinarily would have barriers around them caused by the costs of multilingualism like classical translation.

IBM’s Watson AI engine uses the world’s largely unstructured data as its learning materials but advertises the fact that it is learning to differentiate between important data and the detritus that makes up much of what passes for human interaction.

Watson can read and analyze text and learn from natural language and then make context-specific decisions about what responses to give or what data to present.

This engine is used by companies and organizations throughout the world across a wide array of endeavor, from the seemingly winsome, such as flower arranging and recipe creation, to engineering tasks, medical result correlation, and data security. 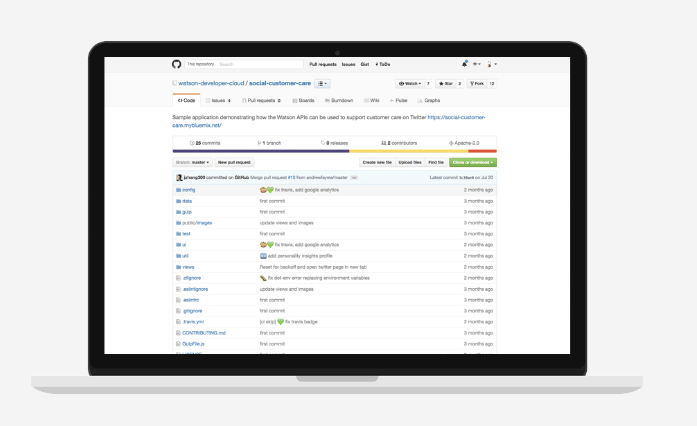 Written content processing uses AlchemyLanguage, which is available as a collection of APIs which interpret human emotions and reactions as expressed in social media engagements, the contents of web pages and reactions to (and content of) news stories.

Like most AI applications, it is the existence of so-called ‘big data’ that allows the AI to produce and constantly hone its results. Translation, therefore, is a cornerstone in accessing and understanding large percentages of available materials. One of Watson’s many uses is translation of text from and to multiple languages.

Automated Insight’s headline product is Wordsmith, which takes input data and merges it with users’ own sentence structures to produce editable, previewable content. The company’s natural language generation (NLG) code is available from the application itself, or via an API.

The personalized output can be used to create web page content, social media posts or even scripts for voice-over – each piece can be specifically tuned so that it is specific to a single employee or customer.

The company offers a range of managed services for those companies who wish to outsource their NLG requirements, allowing their clients to concentrate on their particular areas of expertise, rather than becoming sidetracked by the minutiae of system set-up and tweaking. 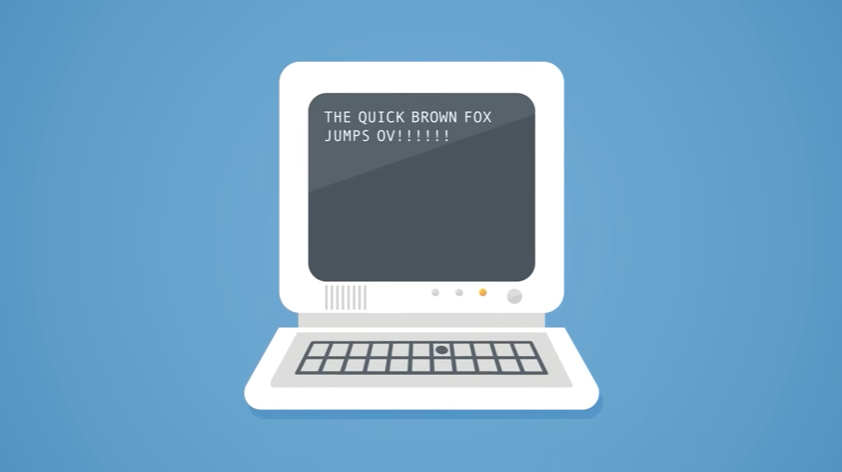 Uses for Wordsmith include e-Commerce landing page creation & product description formulation, and news item creation. The company is also working closely with Amazon to integrate its product on the Alexa platform, so the home assistant can access the data produced as a result of questions interpreted from the spoken word.

It is this type of human interaction combined with ML technologies that give AI a certain futuristic feel as conversations with virtual assistants can move away from a question-response format to a more dynamic conversational style.

Nvidia is a California-based company perhaps best known for graphics processing units (GPUs), but also for system-on-chip (SoC) solutions used the world over. You’ll also find Nvidia hardware in many of the world’s most powerful supercomputers.

The chip maker has developed a system that moves away from the rule-based ML systems used by several car manufacturers and development companies. Instead, vehicles can be controlled by an algorithm that the company describes as based on deep-learning principles.

By watching and learning from human drivers, the software can monitor input feeds from various video cameras around the vehicle, and make decisions in real-time. However, the system’s complexity is such that Nvidia had to take the time to develop subroutines that showed the human operators exactly which parts of the video were garnering the attention of the AI program – interestingly, these areas included the edge of the road, junctions and street signs – rather like a human driver!

Nvidia’s ‘deep rural networks’ have recently been put to use translating American Sign Language to text subtitles, in part using an open source software library, TensorFlow. TensorFlow was developed by engineers working on the Google Brain Team, which researched into deep learning techniques.