From PC to smartphone: Sales are falling off the cliff as demand slips further.Source: Shutterstock

THE stats for the Apple App Store are pretty incredible: half a billion weekly visits and 180 billion downloads during its short life, with over two million apps now available to download.

The release of iOS 11 and the new-look App Store herald a new focus for Apple, as the Cupertino giant reacts to the statistic that 65 percent of all apps are found via a search on the App Store itself. By using the original ‘Featuring’ category, Apple introduced a level of curation that allowed it to skew an app’s prominence and help the smaller fry escape the dynamic effects of oft-typed searches for popular apps by the big players.

With the new design, Apple is focussed on ‘Featuring’ more apps, and in different ways that it hopes will highlight an app’s value to the potential downloader. This change should allow a better balance between apps presented after a search and those featured by the curatorial process.

App developers and mobile marketers will continue to have to hone of the fine art of making apps more attractive (Apple Store optimisation, if you will), but with increased input from an editorial team working behind the scenes, it’s more important for new apps to have a great story that can be highlighted, an interesting angle, and be able to present something that isn’t just-another-clone-of-app-du-jour. 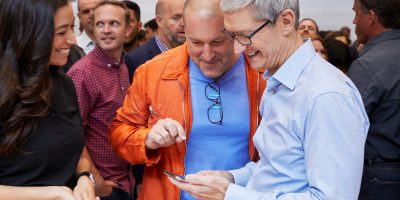 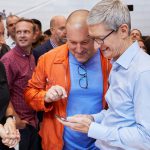 APPLE MAKES A $999 GAMBLE ON ITS ASPIRATIONAL BRAND

So what are the features in the new, more attractive App Store that marketers and app developers can take advantage of?

First out of the trap is the fact that non-gaming apps get a well-needed boost, as games are sequestered off to their own area. This should give greater possibilities for traction outside the gaming sphere, as apps can escape the deluge of games and gamified apps that may have caused them to be hidden in previous Store versions.

Games, of course, represent a major sector of special interest to marketers wishing to get their message over in-app, assuming that the messages are pertinent to a gaming environment. By 2021, it is predicted games will represent 76 percent of spend in online stores across all OSes and comprise over a third of all downloads.

With iOS 11, the introduction of tabs means each app gets a full-sized image that takes up most of the screen.

Previously, in iOS 10 and earlier, one app got uppermost focus, with other apps appearing just as icons, lower down the screen. Even more than before, therefore, great imagery, (and as we’ll see, feature lists and descriptions) are the new minimum standard for any app hoping to do well. 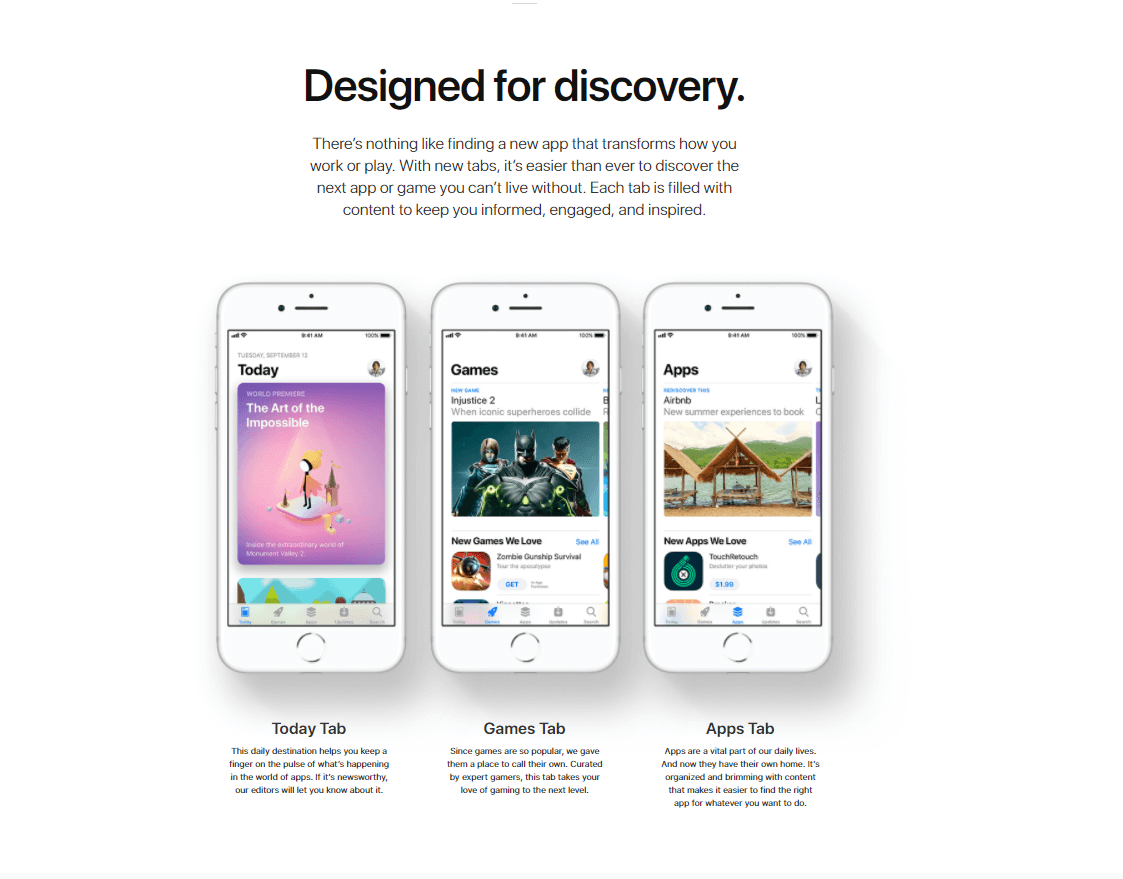 With new tabs, users will find it easier to discover the app they want. Source: Apple App Store

Video plays a greater part in the new-look App Store, with up to three video previews for each app permitted, and, the first video will autoplay.

This represents an invaluable opportunity for the canny marketing machine to immediately connect to those potential downloaders who are browsing for inspiration. Long introductions and cinematic effects wasted on smaller screens should be avoided: you’ll have just a few seconds to get your message across and keep your potential customer on-screen.

The ‘Today’ tab represents a real opportunity. Rather than a simple presentation of the hottest app to grace the editors’ favor, Apple’s notion is that there will be behind-the-scenes interviews and facts to highlight, maybe deeper explorations of the featured app, tutorials, and generally more immersive content. 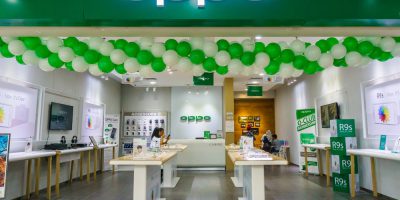 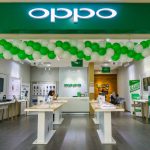 COULD OPPO DECISION OPEN THE DOOR FOR APPLE IN INDIA?

While this tab makes the competition for prominence even more heated, this journalistic style of presentation should make the ‘Today’ area one that users will visit regularly, as it will represent a more rewarding, interesting experience than a mere list of what may be popular on any particular day. 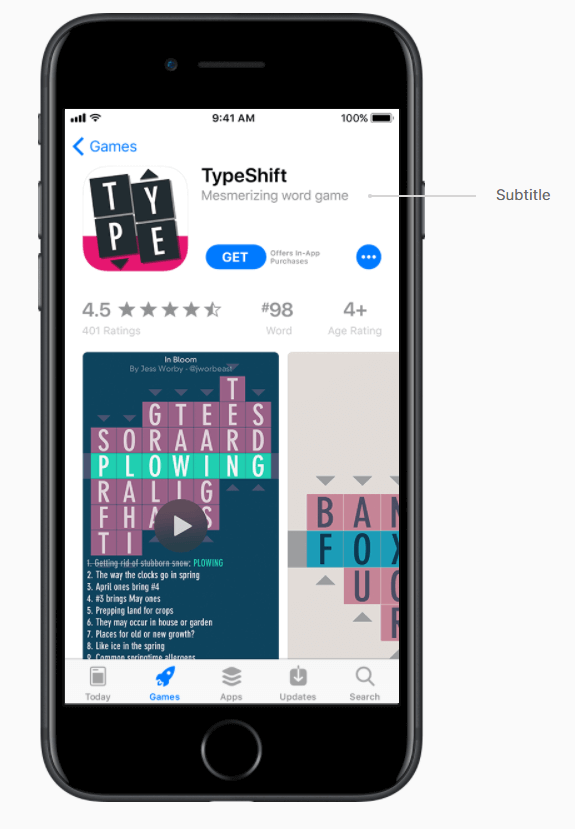 A compelling descriptor is key to driving up downloads and page views. Source: Apple App Store

Each app’s title is now allowed a subtitle of up to 30 characters to impart more information than the app’s title and graphics alone might be capable of.

Apple’s helpful advice (‘helpful’ = ‘blindingly obvious’ in this context, we feel) to “avoid generic descriptions such as ‘world’s best app.’ Instead, […] highlight features or typical uses of your app that resonate with your audience”, is best heeded.

But thankfully, the age of the nebulously-titled app requiring research to even learn what it does may be finally over.

Your killer app will also need promotional text for the important first glance. Here, it’s the first 170 characters from the app’s description, the full version of which loads when ‘more’ is (hopefully) tapped. Therefore, this area can be used as a pithy call to action, highlighting features, special offers or concisely-rendered plus-points.

One of Apple’s great achievements since its introduction of the App Store in 2008 has been its editorial control.

his has enforced a minimum of app standard, with poorly designed, buggy apps simply not cutting the curatorial mustard. It’s here that the various Android stores can falter, with malware and cruftware prevalent to varying degrees on a larger proportion of that OS’s apps.

Conversely, this higher setting of the bar means that competition once inside the iOS App Store is particularly fierce.

App developers can’t simply stress the fact their app works quite well, or at least, is better than its competitors. Badly performing apps just don’t make it past the gatekeepers at Apple, so marketing messages and calls-to-action need careful thought and a more than an insignificant amount of A/B testing.

Marketers employed by app developers, or app developers themselves lucky enough to have a marketing talent, will need to work harder in the iOS 11 App Store, but the rewards are there for the successful combination of skillful coding, great imagery, video and well-written copy… and a fair slice of Lady Luck.