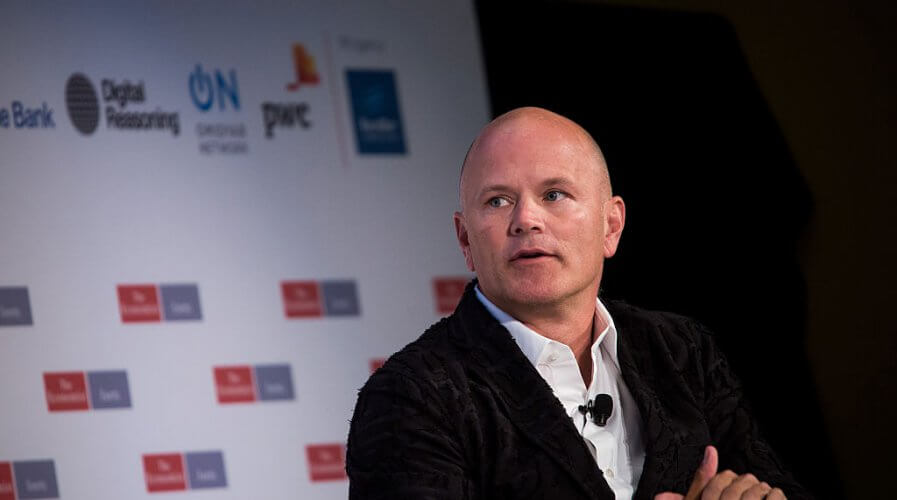 Why billionaire Michael Novogratz is betting on Bitcoin

WHO is Michael Novogratz and why have his pronouncements about cryptocurrency made the financial press’s headlines recently?

Novogratz’s progression through the private American finance industry reads like a text-book rise through the ranks. Starting as a short-term bond salesman with Goldman Sachs in 1989, aged 25, he was made partner of the household-name finance house nine years later.

After a move to Fortress Investments in 2002, he progressed in 2006 to be principal and director of Fortress Credit Corporation. But one of his roles during this period suggests an area of expertise developed which is slightly different. For a period, he served as co-chief information officer of Macro Funds at Fortress, and it is here, we presume, his interest in cryptocurrency developed.

Mike Novogratz says $10k #Bitcoin in 6-10 months AND WILL RUN THE HARDEST!

Putting conjecture to one side, what is known is that Novogratz has placed around 20 percent of his net worth (a total of around US2$bn billion, although estimates vary) in Ethereum and Bitcoin. So when someone like Novogratz pronounces on the value of Bitcoin, the world listens. After all, he has not only a proven level of financial acumen but knows tech and is willing to personally stake hundreds of millions of dollars on cryptocurrencies.

Novogratz forsees Bitcoin’s market value rising to the US$10,000 mark in the next six to ten months, from its current level of $4,800.

The reason? “I can hear the herd coming,” he said during an appearance on American network CNBC’s show Fast Money this week, referring to the arrival into the crypto market of ‘establishment’ money. He likened Bitcoin to “digital gold”, saying currencies such as Ethereum are “going to the be the largest bubble of our lifetimes”.

Putting his money – and time – where his mouth is, the wealthy American is founding a US$500 million fund to invest in cryptocurrencies, initial coin offerings (ICOs) and companies involved in the development of cryptocurrencies. He has invested a reported US$150 million of his own stash into Galaxy Digital Assets Fund and has plans to garner more from individuals of high worth and fellow hedge fund managers by January.

Whether or not his investment pays off remains to be seen, although financial investors have always, to some extent, followed the herd. Whether or not he is being followed over a cliff remains a matter of hot debate in both tech and financial circles. Famously, JPMorgan’s Jamie Dimon’s pronouncements on cryptocurrencies include calling Bitcoin “a fraud” and resolving to fire any of the bank’s employees who dare to deal in it.

Novogratz’s opinion on blockchain technology (as a technological concept) is, however, indisputably true: “Blockchain will change the way we live,” he said. “This is not going away.”