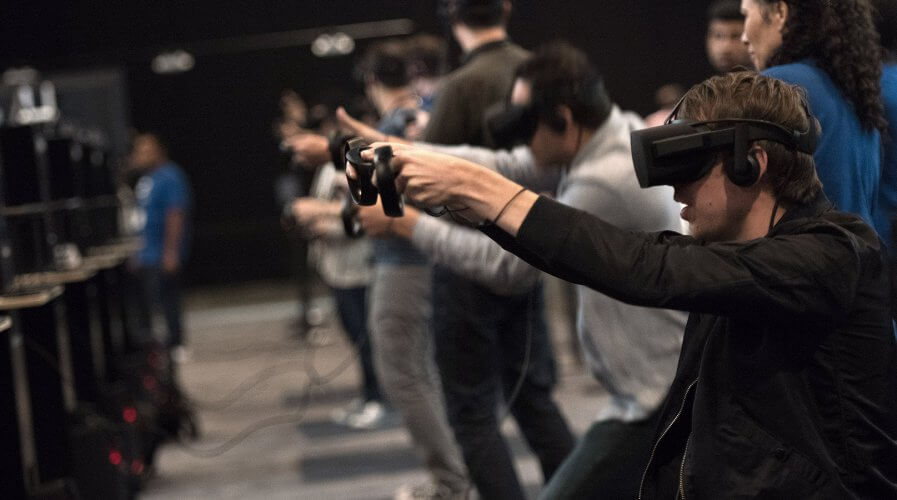 FACEBOOK INC. is stepping up their move into the realm of virtual reality (VR) as it looks to remain relevant in the cultural consciousness by aggressively developing and pushing out new features for their platform users and businesses.

The company acquired virtual reality pioneer Oculus back in 2014 or a staggering US$2 billion, and though their partnership has never been overt, the social network is making increasingly concrete efforts to integrate Oculus’s tech into their products. That much was evident at the fourth Oculus Connect developer conference, which started on Wednesday in San Jose, California.

Zuckerberg outlined his vision for Facebook’s future in the virtual reality space at the Oculus Connect developers’ conference. Source: Oculus

“The reality is that at every step of the way, the future is built by the people who believe it can be better,” Facebook founder and CEO Mark Zuckerberg said in his keynote speech.

On stage, Zuckerberg outlined the social media company’s vision for a world where video conferencing gets enhanced by VR, where you can visit far-flung, inaccessible places, and the entire world is yours to engage with. That vision, despite Zuckerberg’s so-so delivery, is pretty alluring, though some critics were quick (and right) to say that despite the rah-rah atmosphere projected at previous Oculus events, very little actual development has emerged from the company.

Here's my keynote at Oculus Connect.

That being said, Facebook has a goal in mind (with no actual deadline in sight): the company wants to get a billion people into virtual reality.

Here are some of the announcement to have emerged from Oculus Connect 4:

In his keynote, Zuckerberg depicted a group of colleagues all of whom were working remotely but were able to interact with each in a VR conference room where each person was represented by a 3D avatar. With that video, Facebook made a stride in the direction of bringing VR tech to bear against everyday businesses, many of whom help pad out the company’s profits.

The enterprise-focused bundle is meant to help companies begin exploring the possibilities of VR in everyday tasks from your early morning meeting, to immersive presentations for clients. It also helps that it’ll likely make Oculus and Facebook a pretty penny in the meantime.

The Oculus for Business package could help enterprises incorporate VR into their daily tasks with minimal costs. Source: Oculus

The package, priced at US$900, offers an affordable way for enterprises to access VR technology, which is usually characterized by high costs and software that could alienate users. Oculus isn’t the first to try and demystify VR for the workplace—Apple and other companies have been fiddling with device based VR technology.

Speaking of costs, Facebook’s plans to get a billion people hooked onto VR isn’t going to get anywhere if most people can’t access the actual gear to run the tech, which is where the “Santa Cruz” comes in. The “Santa Cruz” was touted last year as a standalone headset concept, meaning that it’s not all wired up and fiddly like the current Rift.

On Wednesday, it was announced that the developers would soon get the Santa Cruz to play and design applications with. According to Tech Crunch, the wirelessness of the headset is largely due to the fact that the Santa Cruz has four “onboard cameras” that are needed for inside-out tracking. Those cameras will track the device using tiny infrared LEDs.

The Santa Cruz also comes equipped with new controllers that look kinda like the Oculus Touch ones, thus offering a seamless experience.

For the everyday joe who probably isn’t going to need the complexity of the Santa Cruz, Oculus also announced an accessible new standalone headset called the “Oculus Go”, which will be priced at US$199. It looks a bit like the lightweight, wireless Samsung Gear VR, and though you can turn around for that 360-degree experience, it also limits users ability to move freely.

“It’s the most accessible VR headset yet,” Zuckerberg said according to Tech Crunch, while Facebook’s VR vice-president Hugo Barra said it’s “hands-down the easiest way for developers to get involved with VR.”

It’s primarily a mobile-first device though, and builds Oculus’s promise of offering a low-end product for users with shallower pockets. Furthermore, the Oculus Go is part of the Facebook family, leaving us to wonder if this is how they get out of having to work on hardware manufacturers like Samsung.

VR and AR jump into the News Feed

Oculus will also be allowing Facebook users to create virtual objects in its Medium sculpting platform or Facebook Spaces VR hangouts that can be shared directly in the News Feed feature. It works whether or not you have a VR headset, which is the kind of accessible VR technology we want, really.

Augmented reality (AR) is also in the works, with plans to create virtual simulacrums of objects through the Facebook Camera app. These AR objects will be accessible in virtual reality spaces.

The Facebook Spaces is getting a massive upgrade beyond the regular 2D Facebook Live broadcasts. Users can access AR masks, and interact with simple games created by VR developers. It’s an ingenious way of getting people to play with VR without having to explicitly engage with VR hardware. For one thing, it keeps the News Feed interesting.

Ever wanted to attend a Beyonce concert only to find the queen’s show is entirely sold out within minutes of a sales launch? Facebook wants to get you that concert by giving you a virtual ticket via a planned virtual reality app called “Venues”. According to Zuckerberg, the app will allow users to “watch live concerts, and live sports, and premieres of movies and TV shows, all around the world with friends,” in a mimicry of the actual experience.

“Venues” is one of many third-party Oculus apps that are looking for a way to reimagine the event experience. Others include FoxVR, LiveLike, and NextVR; the latter’s app allows users to stream concerts, sports events, and conferences in partnership with Ticketmaster. 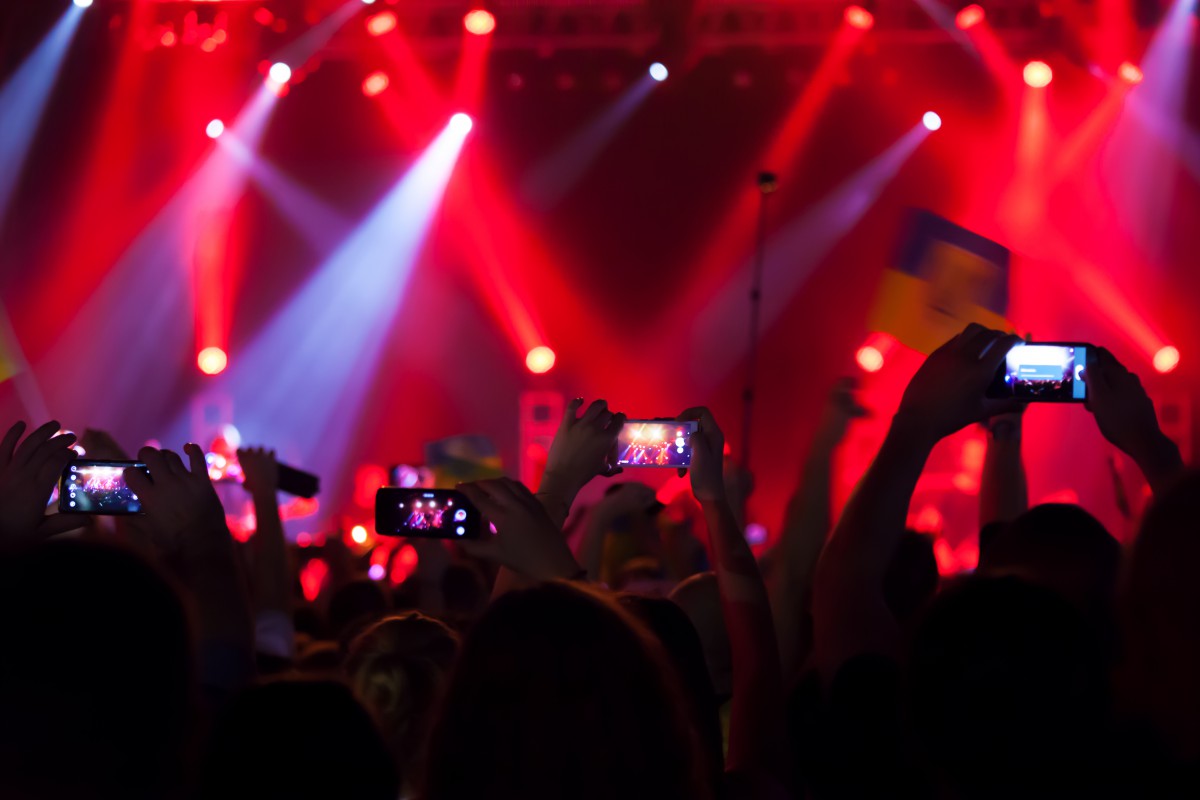 Oculus’s Venues app wants to allows users to stream concerts and live events from the comfort of your own home. Source: Shutterstock

It’s hard to say who exactly is going to be producing the content, or how Oculus is going to manage partnerships with event organizers, but it could be a great way of bringing more people to events with limited capacities and high ticket prices.

Oculus also wants to replace your PC monitor with an interactive interface that looks like it came straight out of and Iron Man film. Known as the “Dash”, the Oculus VR-powered interface will allow users to move around elements with hand gestures without sacrificing your favorite desktop applications such as Facebook, Messenger, YouTube, Spotify and Google Chrome.

At the Connect conference, Oculus displayed how Dash would replicate computer displays with high-fidelity, and allow developers to run various VR applications such as Visual Studio, Unity and Unreal while also customizing desktops as you would any regular computer.