Google’s world dominance stops at the Chinese border, with a few small exceptions such as Translate. Source: Shutterstock

Google Translate in China – a drop in the ocean?

Google’s activity in China has been low key since relations soured between the Chinese government and the American tech giant in 2010.

The US giant’s recent ad campaign, from the creative agency Bartle, Bogle and Hegarty’s Shanghai offshoot, hopes to reintroduce at least one Google service to a new generation.

The film crew captured the translations as they occurred, and did not correct the app’s output in post-production.

A blessing or a curse? Acclaimed Chinese-American rapper MC Jin shares his thoughts on public misconception of #HipHop @thepointwithlx pic.twitter.com/hFHQafOnkA

Google removed its search engine and other services from China seven years ago amid claims of censorship and cyber attacks launched via the Gmail service. Since then, the US company and its parent, Alphabet, have lost ground to competitors in several key areas.

Provision of cloud services, for example, in China is led by Tencent, Alibaba, and Baidu, with Western companies Amazon, Microsoft and IBM making some small progress in the country – presumably happy to abide by any Chinese government dictates on their activities. 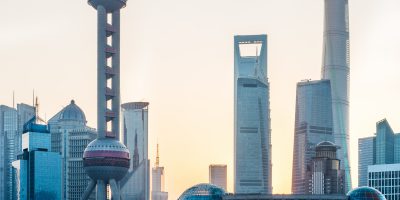 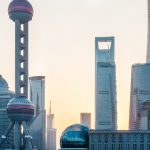 In several key markets, Google still has no apparent plans to make nice with the Chinese authorities, although its Translate service is not included among what’s withheld.

Google Translate has remained available on the desktop in China for the last seven years, and the release seven months ago of the Translate mobile app reflected the Chinese population’s tendency to use its smartphones as a key means of getting online.

Google’s previous attempts at mounting positive PR for its tech have fallen on deaf ears. Its Deepmind AlphaGo AI (artificial intelligence) technology made world news when it beat Chinese champion Lee Desol at the ancient game of Go in 2016, but the event’s live stream was blocked by the Chinese authorities.

With none of its cloud services available to Chinese enterprise, and Google Maps, Play Store and YouTube all unavailable, Google’s Translate launch has to be seen with a sense of perspective – on the Chinese mainland at least, Google is a bit-player among the indigenous high-rollers.