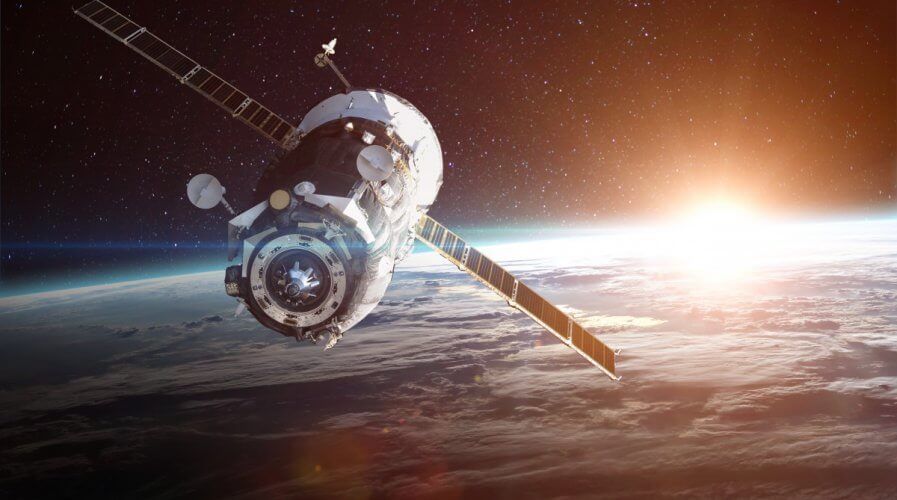 Satellites could change the game for businesses by offering better connectivity, wherever and whenever. Source: Shutterstock

Inmarsat is making satellite tech more accessible for everyone

SATELLITE TECHNOLOGY is both mysterious in the cultural consciousness and yet ubiquitous enough that we don’t think twice about it.

However, what most people don’t get is that today’s tech boom time is actually moving us along into an age where satellite technology is becoming a feasible alternative to regular network systems.

There was a time, maybe 20 years ago, when the idea of satellites was largely confined to the realm of government bodies, NASA-like organizations and TV broadcasters with money to burn.

That’s kind of a misconception, we learned, as the introduction and widespread exposure of home satellite broadcasting capabilities meant that we’ve all been exposed to some kind of space-based content stream at some point in our lives.

“A portion of the world’s population watch their television via satellite connections,” said Michele Franci, the chief technology officer of Inmarsat. “It’s had a consumer effect on people more than we think.” 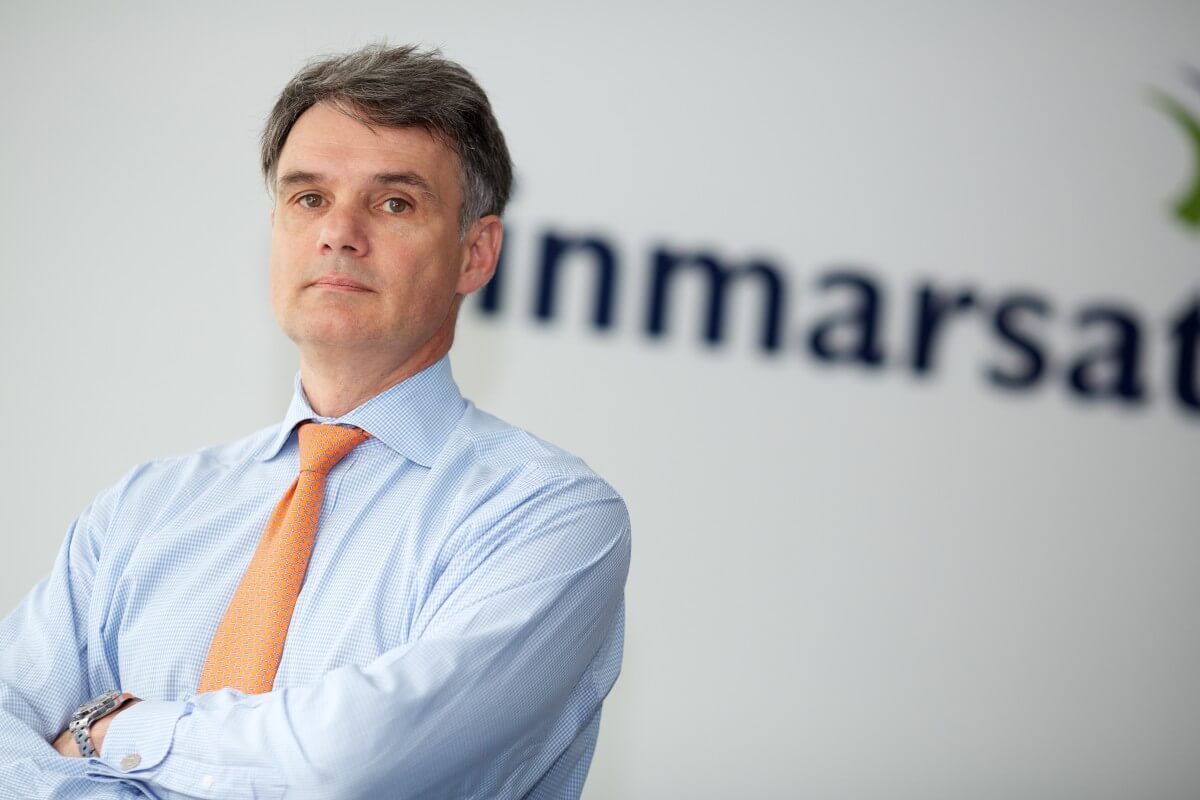 Franci recently spoke to Tech Wire Asia about the changing landscape of telecommunications today and how satellite technology is providing a mobile, scalable option to what we might consider traditional networks. Inmarsat has been a satellite operator for decades, and they specialize in mobile communication networks, though they’re not the only ones in the industry doing it.

“While we’re not a consumer company or end-users, but nevertheless what we sell is very similar in terms of the touch and feel of what you would buy in a telco for your mobile phone subscription,” he told TWA in a phone interview.

Unlike other firms, Inmarsat doesn’t just offer satellite services, they help their clients—enterprises for the most part—set up and manage end-to-end networks, meaning that they don’t just manage the actual satellites in space, they organize the actual devices on the ground. They work not only with partner distributors, but also with developers who continuously help them innovate new integrations for their products.

Inmarsat will be hosting its Inmarsat World conference in November this year in Lisbon, Portugal. It’s a part-commercial, part-technology conference; an event where developers, distributors and officials will be gathering to discuss new ideas for developing applications and solutions. The company will also be showcasing some of their latest tools, and offering all parties a chance to fiddle around with their tech in their own applications.

According to Franci, Inmarsat has been developing various offerings for clients looking for a connectivity solution that goes beyond typical networks like broadband, or wireless services. He explained that the company supported L-band frequency communications for many years, which is robust but has low spectral inefficiency, meaning transfers of big data files like movies or Netflix streams isn’t happening.

“User patterns have been evolving over the last few years, what used to be considered broadband five years ago has become largely insufficient,” he said. 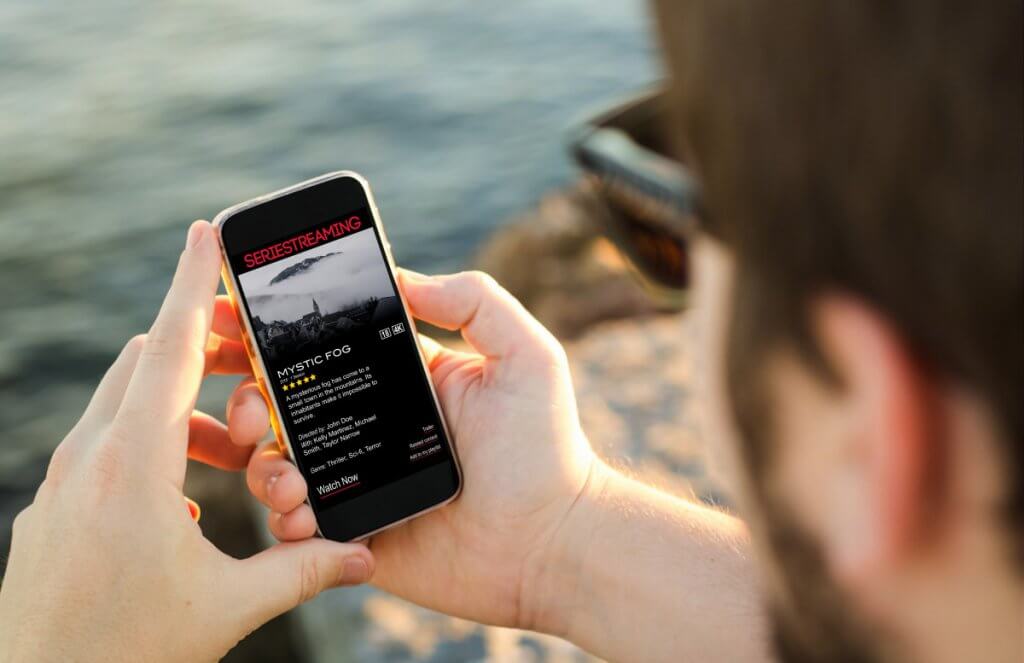 The increasing complexity and weight of our content consumption habits has driven up the demand for better, stronger telecommunications services. Source: Shutterstock

This shift in the content we consume and how we consume it is having a direct impact on our Internet infrastructure. As we begin consuming more and more content that requires faster and stronger connections, it’s clear the rapid rate at which we are changing up our systems requires much more flexible solutions.

Franci said this change is the sort of challenge that satellite technology is suited for.

“There is a radical change that is happening because essentially we went from a world where people were exchanging voice or textual communications in an everyone-to-everyone network,” he explained.

“All the heavy duty communications—such as data or video—was done from point-to-multipoint, [which is essentially] TV broadcasting or corporations.

“Today, we’re all heading towards a pattern where there’s multiplied peer-to-peer heavy duty communications, so people exchange very heavy content and it’s created a big mesh of very, very heavy data going back and forth.

He explained that satellites function off communications architectures that effectively “reuse” frequencies, rather than rely on limited bandwidth resources. The emergence of “high throughput satellites” that allow Inmarsat to multiply their frequencies (and therefore their bandwidth) through the use of multiport architecture. 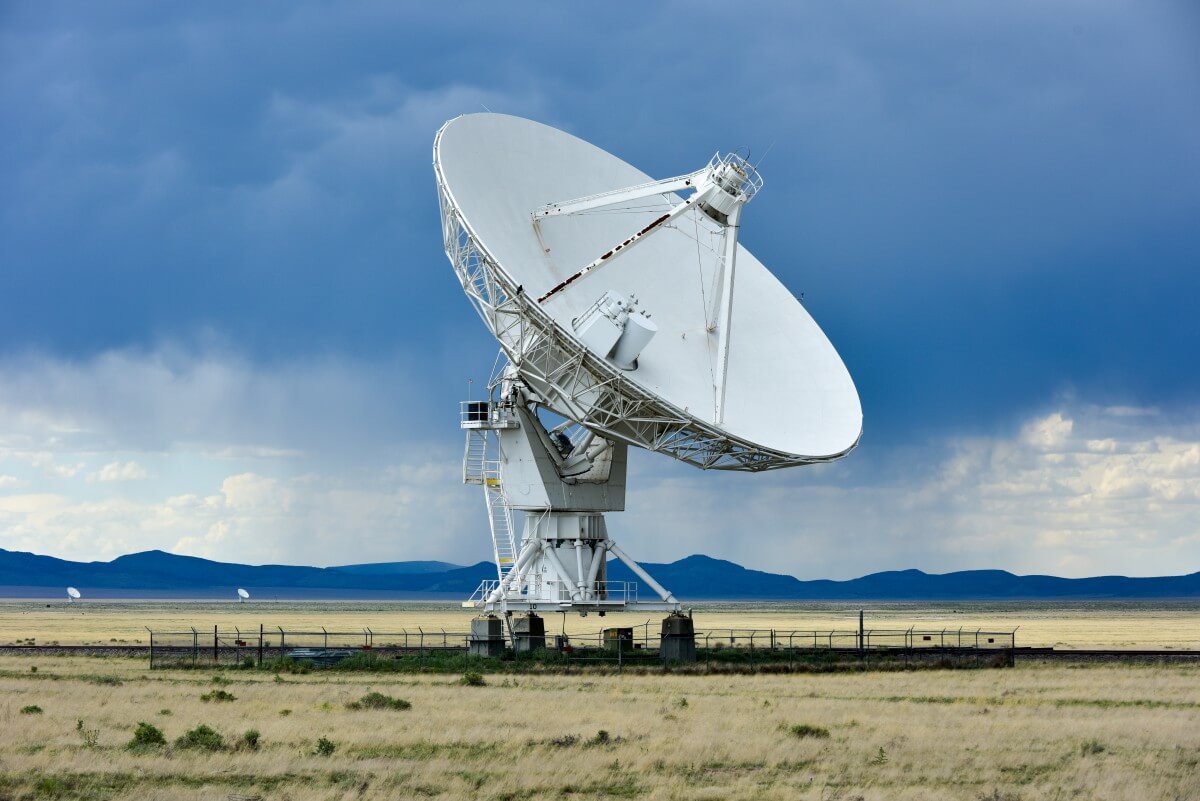 The limited accessibility to satellite gateways makes it difficult for hackers to steal information. Source: Shutterstock

Those frequencies can then also be recycled back into the system, thus creating a loop that is able to support heavy data traffic without the huge costs of a traditional system.

Of course, there’s really no such thing as unlimited data transfers, but satellite technology is bringing a flexible and adaptable solution to the world of telecommunications that wasn’t quite available before.

For one thing, it’s an extremely sustainable resource, as its infrastructure is much more minimal than terrestrial networks, thus leaving more natural landscapes untouched.

But one of the big wins of satellite technology is its mobility factor.

Reports from the aftermath of the hurricanes that hit Central American and South Asia noted that journalists were lending out satellite phones to help disconnected victims reach loved ones. The power of satellite is that it’s a communications capability that doesn’t rely on large earth-bound infrastructures, and allows users hypermobility (as long as you can get under a satellite, that is).

Several companies including social media maven Facebook and Elon Musks’ tech wunderkind have explored the possibilities of satellite networks as feasible forms of communication for parts of the developing world.

Franci said satellite communication really came into play when it was able to provide broadband-quality communications for devices that were constantly moving or in remote locations. 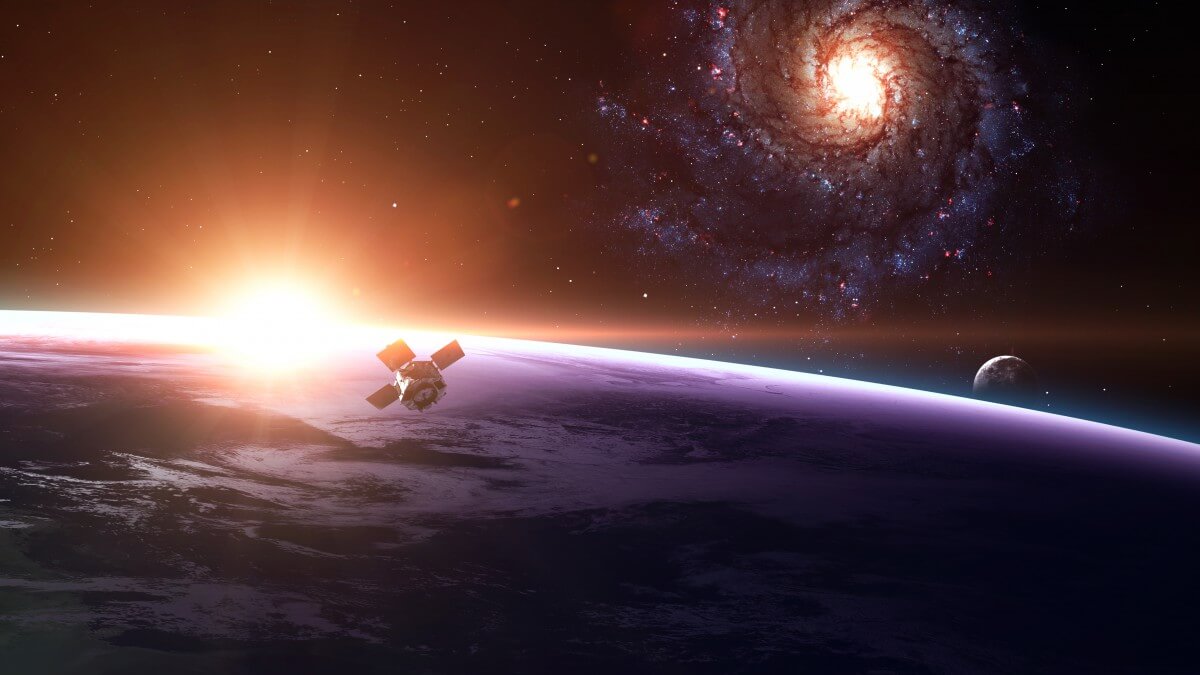 Satellite communications makes it easy to get a connection even if you’re in a place where basic infrastructure has been jeopardized. Source: Shutterstock

“Even if you are travelling, going into remote places that have experienced natural disasters and or whose basic infrastructure has been jeopardized—in these cases, the requirements of high-quality broadband is still the same,” he said.

Such technology is pretty great for businesses looking for continuous connection, whether it’s to empower their communications within and without their companies; or for corporations looking to boost user experience.

“It’s the notion of interconnecting different networks,” said Franci. Inmarsat works closely with partners in the aviation industry, and has been helping clients bring inflight connectivity for airplanes.

He explained that the idea behind inflight connectivity is to ensure there is implicit interconnection for the passenger. When he’s inside the plane, satellite networks will ensure that he remains connected to the Internet, picking up where his own cellular data left off.

“So you have your own device, and you actually have stable, continuous communication that goes from being wireless to satellite, but you don’t really see the difference.”

Satellite communication is becoming increasingly accessible every day that goes by.

Devices stil aren’t super cheap, but they’re getting there, and more compact thanks to widespread efforts to miniaturize everything. Franci said that we’re moving in the direction of satellite devices that are as big as laptops and getting lighter every year.

Businesses have so much to gain from satellite technology, especially since it’s getting easier and cheaper to access such tech. Businesss like Inmarsat are helping to bridge the information and infrastructure gap by providing end-user services that are pretty cheap to run, compared to prohibitively expensive satellites.

Satellite service allows businesses to scale quickly and affordably, as they can be easily deployed without having to make massive infrastructure changes. This means businesses don’t have to send up new architecture every year they grow bigger—it’s all taken out of their hands and managed for them. 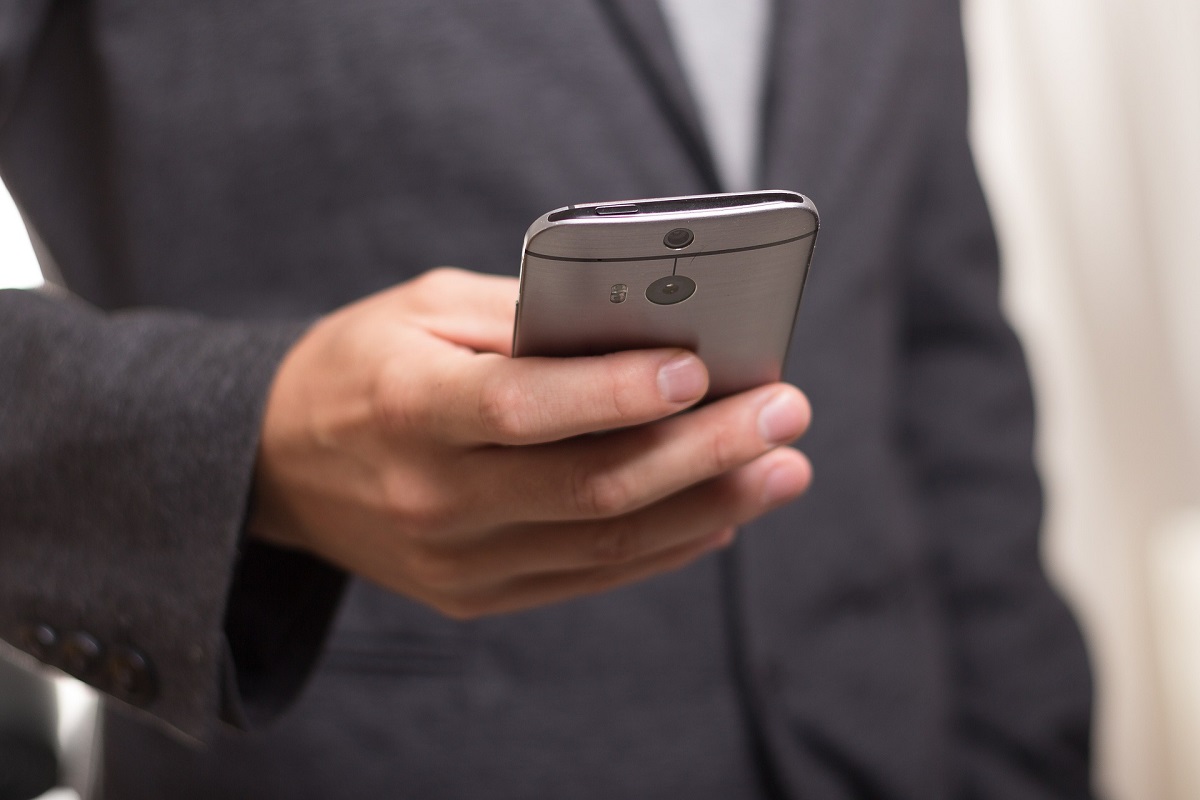 Inmarsat’s work with airlines is all about creating an ecosystem where users have continuous connectivity, within and without the plane. Pic: Pixabay

Franci explained that when satellite software became more affordable, these solutions became “almost un-detectably comparable to terrestrial solutions”, largely thanks to the economies of scale.

The cost of these infrastructures haven’t really changed, but the number of engaged individuals and enterprises have. Many people split the actual cost of a satellite or terminal, thus making it not much more expensive than if you just organized your own personal broadband network.

The biggest difference is that satellite can go anywhere, any time, any place without much fuss.

“You would never call a Global System for Mobile Communications (GSM) network expensive because you would never see the actual cost behind it,” Franci said.

“Today in satellite communication networks, there is a basic cost of infrastructure that has amortized over long periods of time. It has provided a service to thousands or hundreds of thousands of people so the actual cost is in the ballpark of what you’d consider for a normal individual.”

Satellites are also notoriously difficult to hack (though not impossible) due to the fact that there’s really a limited pool of places from which hackers can actually access, and satellite technology has for a long time been equipped with military grade encryption, which makes sense if governments have had the longest access to such technology.

“The basic element is that if people want to have the same touch and feel and be connected whatever they are whatever they do, you can only do that by integrating satellite as part of the mix otherwise there is no other way to fill the gap.”