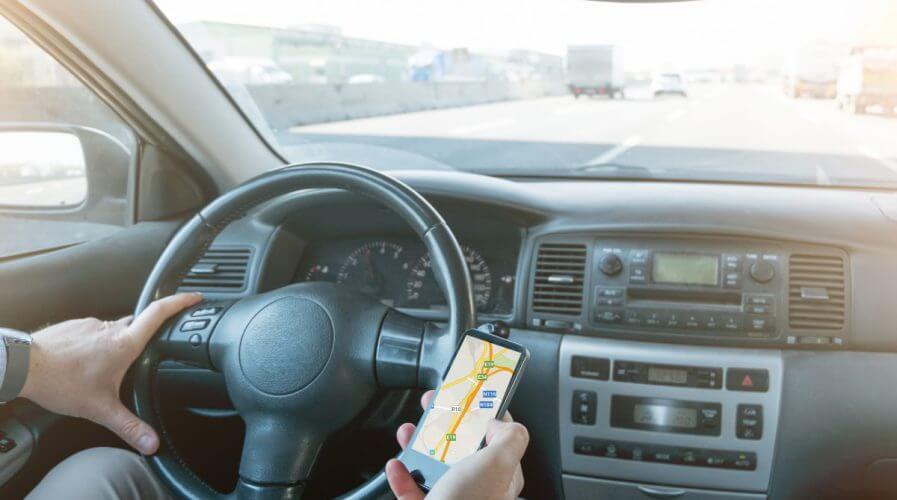 WHILE the shiny gadgets and gizmos on the dashboards of new cars may look impressive, a new study shows how using technology can lead to dangerously long periods of distraction for drivers.

These distracting technologies, known as “infotainment” vary from car to car and range from navigation systems and music players to phones and social media apps.

Researchers from the University of Utah analysed more than 30 new cars, ranking their infotainment systems for low, moderate, high and very high levels of distraction.

The study, which involved 100 drivers between the ages of 21-36, involved researchers asking the driving participants to engage in common tasks, such as calling, emailing and texting friends, while measuring their visual and cognitive distraction.

SEE ALSO: Autonomous cars get a big Baidu boost from its ‘Apollo Fund’

The research project was completed in partnership with the AAA Foundation for Traffic Safety, and found that even the most common touchscreen tasks distracted drivers for more than 24 seconds.

The National Highway Traffic Safety Administration found that taking your eyes off the road for just two seconds doubles the risk of a crash. Navigation tasks were found to be the worst culprits, distracting drivers for up to 40 seconds.

However, the study found that distractions do not only occur when the driver has their eyes off the road, but that cognitive distractions can last for up to 27 seconds after a phone is put down following a quick email or text.

Beth Mosher, a spokeswoman for the Automobile Association in Chicago said: “What we found is that you’re not cognitively focused on driving, but the distraction.”

Despite the potential danger of in-car technology features, auto-makers are increasingly under pressure to adhere to the consumer demands of the latest in-car tech tools.

“Being for-profit businesses, auto-manufactures have responsibilities to their shareholders. They are not going to build the car’s safest vehicle that no one is going to buy,” said car safety consultant David Teater, according to The Star.

There seems to be a paradox with the technologies available to drivers. Features such as navigation systems were designed to make driving safer and easier, but when used during driving instead of before, they can be dangerously distracting.

The study found that Apple’s Siri technology is considered among the most distracting user technologies in vehicles, finding that the system does not always translate voice-to-text effectively. Consequently, it was found that the participants were having to erase and re-compose messages, producing a higher level of cognitive demand.

The AAA reached out to automobile makers and their suppliers to discuss the findings of the study.  The Automobile Alliance, a trade group that represents auto manufacturers, said they were concerned over the research methods used, citing how the results had not been tied to crash results. They did, however, highlight the importance of discouraging drivers from using portable electronics because they were never designed to be used while driving.

Despite the challenges in tackling the manufacturing of in-car tech, David Strater, a cognitive and neural scientist behind the study said: “What we hope is that our research will be used by consumers to help make a good decision about what vehicles – and what technology in the vehicles – is best for them. We just wish those new touchscreen consoles weren’t so much fun to use.”