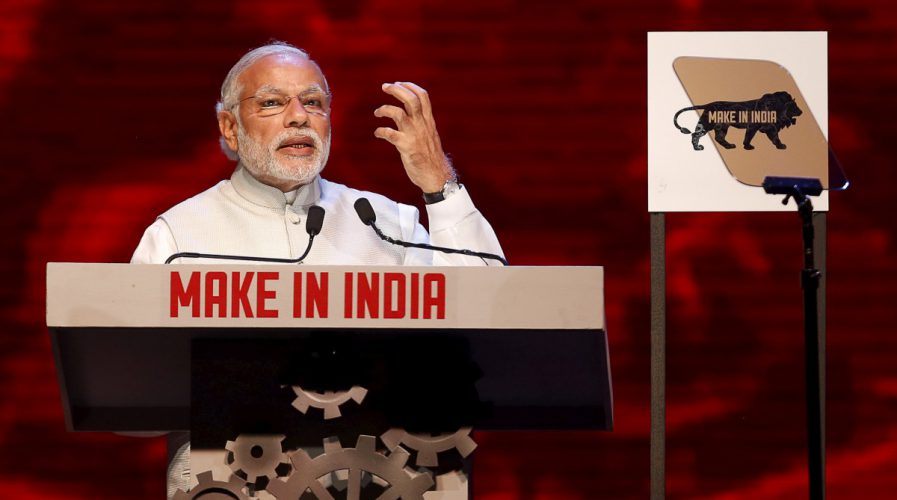 A LACK of skilled labor and part suppliers, on top of a convoluted tax regime are hampering India’s ambitions to become a smartphone manufacturing powerhouse, several industry executives told Reuters.

Under the slogan ‘Make in India’, Prime Minister Narendra Modi has been trying to instigate a manufacturing drive to jump start the country’s economy and create new jobs.

However, three years on from launching the campaign, executives and bureaucrats are saying India has managed only to assemble phones from imported components.

This is despite the country having one of the fastest-growing smartphone markets in the world and companies such as iPhone-maker Foxconn Technology Co and Flextronics Corp setting up bases in India and promises of a plan to eventually make Apple APPL.O iPhones in India.

Yet almost none of the higher value chip sets, cameras and other high-end components are made domestically.

Instead, Reuters reports that according to tech research firm Counterpoint, phones are assembled domestically because of taxes on imported phones; however, locally made content in those phones is usually restricted to headphones and chargers – which is only around 5 percent of a device’s cost.

“Rather than feeling that India is a place where I should be making mobile phones, it’s more like this is the place I need to (assemble) phones because there is lower duty if I import components and assemble here,” a senior executive with a Chinese smartphone maker told the newswire.

Others said the lack of skilled engineers and a sparse network of local component makers, as well as high-profile tax disputes between India and foreign companies, such as Nokia, were reasons smartphone manufacturing has stalled in India.

The government, however, says it has a phased programme to manufacture phones, aiming to step up value added locally every year.

Beginning in 2016, the Phased Manufacturing Programme began with the manufacture of phone chargers and batteries and envisages the production of higher-end components by 2020.