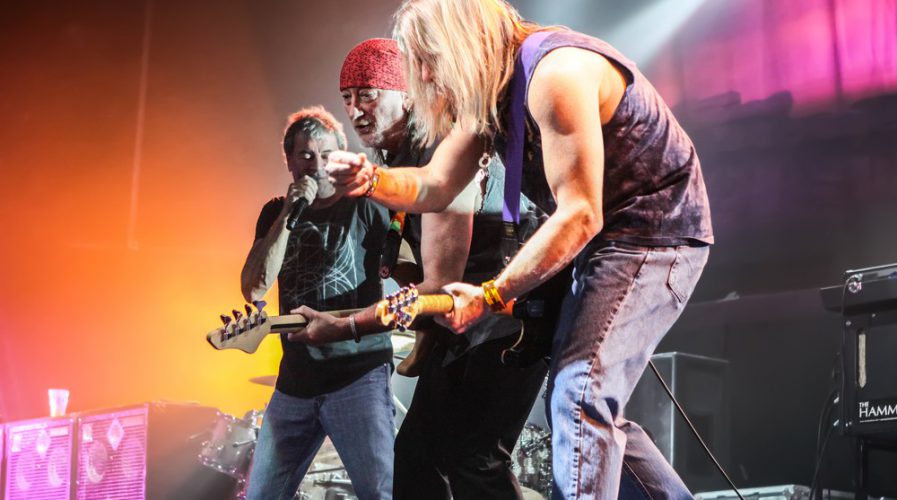 Deep Purple performs on stage during their concert in Minsk, Belarus on March 27, 2011. Source: Shutterstock

How tunes by Deep Purple, Miles Davis are immortalized in DNA

Many experts believe the average shelf life of your favourite musical CD spans some 25 years, but now a San Fransisco-based company is looking to make them last for generations by storing audio recordings in DNA.

With the help of Microsoft and University of Washington researchers, Twist Bioscience, a company that specializes in DNA synthesis, has managed to encode Miles Davis’ Tutu and Deep Purple’s Smoke on the Water in the everlasting format.

The conversion of the songs into DNA marked the first time DNA was used for long-term archival-quality storage, Pitchfork reported. Both the recordings were taken from archives of the infamous Montreux Jazz Festival.

The encoding was endorsed by Quincy Jones, world-renowned entertainment executive, music composer and arranger, musician and music producer who has a long-standing association with the festival.

“With the unreliability of how archives are often stored, I sometimes worry that our future generations will be left without such access,” he was quoted as saying.

“I’m proud to know that the memory of this special place will never be lost.”

The whole of the accessible internet could fit into DNA storage the size of a shoebox #biotech https://t.co/hiY1HcUBKB

Why encode in DNA?

In its blog, Twist Bioscience said by the year 2040, the world is projected to run out of memory-grade silicon on which to store the growing demand for digital data storage.

“Where the very best conventional storage media may preserve their digital content for a hundred years under precise conditions, synthetic DNA preserves its information content for hundreds or thousands of years,” the company claimed.

“This is made possible by high-quality synthetic DNA made by new generation DNA synthesis techniques like that employed by Twist Bioscience and the sophisticated software tools developed by our collaborators at the University of Washington and Microsoft.”

Twist Bioscience said to encode the lyrics to Smoke On The Water, each letter, space and punctuation mark are represented by a unique triplet of the four bases (A, T, G, C), the building blocks of DNA.

‘Smaller than a grain of rice’

Karin Strauss, a senior researcher at Microsoft, said the amount of DNA used to store these songs was “much smaller than one grain of sand”.

“Amazingly, storing the entire six petabyte Montreux Jazz Festival’s collection would result in DNA smaller than one grain of rice,” Strauss said in a statement.

Could DNA be the future of #music storage? Find out: https://t.co/sp4EW10eI9 via @pitchfork pic.twitter.com/THYRQYJivG

Twist Bioscience said each cell within the human body contains approximately three billion base pairs of DNA. And with 75 trillion cells in the human body, this equates to the storage of 150 zettabytes (1021) of information within each body.

“By comparison, the largest data centers can be hundreds of thousands to even millions of square feet to hold a comparable amount of stored data.”