The (autonomous) drive to the future

TECHNOLOGY always seems to bring surprises. We pundits at Tech Wire Asia are full of useful (we hope) predictions about where tech will take us. But really, the results can be unpredictable.

When the cellphone network was being developed back in the 1970’s and 80’s, who would have predicted that this invention would lead to a situation in which most of us now walk around with a small, powerful, indispensable computer (which, amusingly we still call a phone)?

The effects of the development of autonomous transport, therefore, are unpredictable – we really don’t know where we might be in 10 years, never mind 100 years hence.

What we can do, however, is look at some of the themes which are developing in the autonomous travel arena in technology, and try to extrapolate out the emerging technological threads.

Uber and Lyft have disrupted traditional taxis, services like Malaysia’s GoCar app are changing car hire, and MoBikes is changing bike hire. As autonomy becomes installed in more forms of transport, we may begin to see what we could term transport-as-a-service (let’s use the acronym TaaS). TaaS is the logical extension of disruptive tech in mobility.

TaaS would change our conception of ownership of transport. Rather than have vehicles sat outside our apartments, or on our driveways, perhaps the future is in using vehicles as needs arrive?

Or perhaps, we’ll not want to relinquish our own vehicle (at least, for now) and instead, allow others to use our vehicles – while they’re unused in the office car park, for example.

One of the oft-quoted positives of autonomous vehicle technologies is so-called tailgating. This is where vehicles can safely drive very close to one another – in a tight convoy if you will. This means that roads are used much more efficiently than human drivers could ever hope to achieve.

The technology behind this type of convoying relies to a certain extent on vehicle-to-vehicle communications, (perhaps using 5G’s low latency and high speed) as well as a mixture of GPS, radar, lidar and other sensors.

While this is technologically impressive, making lots more room on the roads by utilizing super-convoys may not pay dividends, according to some studies’ findings. The laws of induced demand stipulate that as more capacity on our road networks becomes available, more vehicles simply take up the new capacity.

In short, instead of less congestion than we have now, we’ll have similar congestion problems in terms of slower than necessary journey times, but the congestion will be created by many more vehicles on the road.

The problems with pollution, therefore, may be massive; especially given that, in some opinions, the mainstream automotive industry has an enormous investment in fossil-fuel infrastructure. At least the first few generations of autonomous vehicles are likely to be, at best, hybrid electric/petrol models.

We also need to consider what we actually want autonomous vehicles for, and who is to benefit from the new technology and possibilities. While images of high-tech driverless buses moving the otherwise housebound sick and old may abound, history has shown us that the people to benefit from the newest technologies are the rich, first-world elite.

Some technologies in this sphere are, however, are designed to be more egalitarian. The DROS platform from DIDRIVERS, for instance, is designed to be able to deliver autonomous capability to any form of transport. DROS facilitates autonomous operation using widely-available “standard” sensors, so is suitable for use in forklift trucks, freight lorries, domestic lawn mowers and personal vehicles alike.

It seems inconceivable that autonomous vehicle manufacturers will allow their products to be held liable in the case of accidents (unless absolute liability can be proven due to physical malfunction). With faultless systems for the autonomous “driver”, we can assume that accident insurance will continue to have to be paid by those not well-off enough to own or use autonomous vehicles.

However, such speculation may be as misguided as that postulated by those who thought we’d all be driving flying cars by 2019. For the meantime, at least, according to DIDRIVERS’s Dr. Swash:

“Private transport such as the cars we drive to work won’t yet be fully autonomous due to unrationalised cost of sensors – they will just enhance our driving experience.”

For now, the legislative and regulatory systems need to develop. The laggardness of governments to legislate in this area is perhaps understandable: reactive, rather than pro-active responses will be more accurate than trying to legislate now for an uncertain future.

While the race to vehicular autonomy is global and (at least for the household-name tech giants) headline-grabbing, here are three companies whose individual research and production are of interest to our readers, as potential game changers in this unpredictable field. 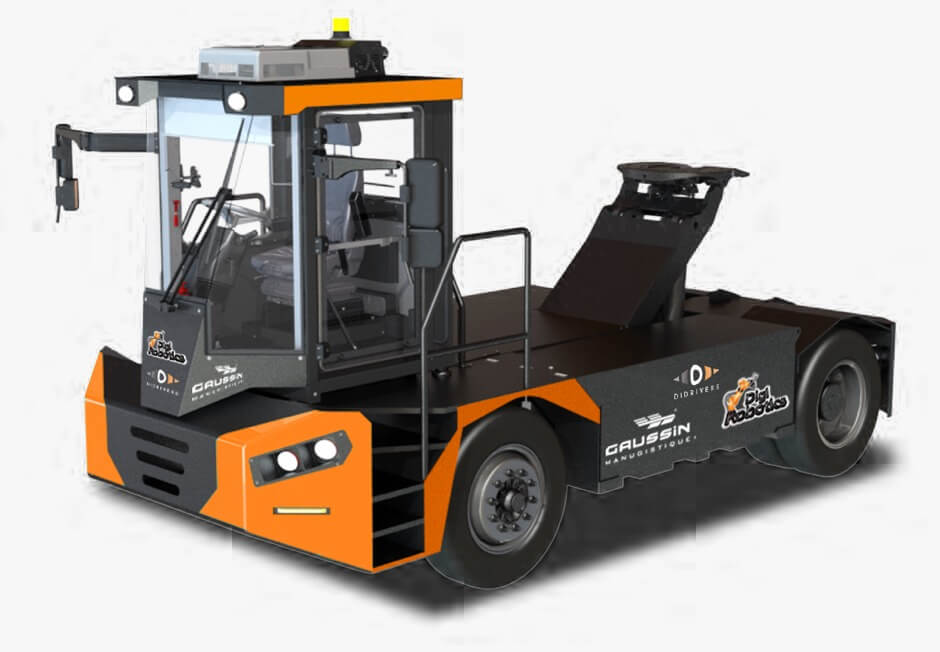 This London-based startup has partnership organizations in UAE and differentiates itself from its competitors on a number of key points.

Secondly, DIDRIVERS uses a fusion of camera, lidar, radar and other active sensors in its perception and cognitive driving solutions, which can validate the created data by cross-checking one source against the other. Data can, down the line, be validated against a real-world map, too.

Thirdly, DIDRIVERS have produced the world’s first robotics operating system (DROS – DIDRIVERS Robotics Operating System) which has all intelligent and cognitive driving logics and they license it out to different organizations in the automotive sector. One recent deal is with GAUSSIN, who will use DROS in their specialist load vehicles.

DROS allows off-the-shelf sensors to be controlled and their data collated and fusion, so, in theory, any vehicle can be equipped with autonomy with minimum re-engineering work.

The company’s product line demonstrates this wide-ranging capability. Its line-up includes self-driving freight lorries and truck right down to self-steering, self-powered luggage and wheel chair – plus everything in between.

DIDRIVERS’s recent showing at GITEX 2017 provoked huge interest from both private and public sectors, but, the company’s meetings on the exhibition floor confirmed that the public sector, in particular, needs holistic, proof-of-concept testing before wholesale deployment.

This magnificently-monikered Estonian startup has offices Tallinn, London, Washington D.C., California and Hamburg. Its autonomous delivery drones have been extensively tested on different continents and provide a worthy alternative to traditional delivery methods.

The small robot vehicles travel at the same speed as a pedestrian and a host of onboard sensors prevent any mishaps. The vehicles themselves are secure and are monitored by human operators in a central depot.

You may think that this type of delivery system removes the need for the traditional delivery van and driver, who is subject to the problems of traffic congestion and, because of the same, contributes to pollution. And in many ways, this is true.

But in an interesting development, the company’s recent deal with Mercedes-Benz Vans effectively uses delivery bots plus traditional vans to massively increase the system’s range.

The Starship bots are probably only suitable for urban use for now, as their range, individually, is limited. But the Estonians seem to have come up with a solution employable now, using technology we know is reliable.

This Munich-based startup believes its product could make the process of mass manufacturing autonomous vehicles much more affordable, by offering Lidar systems at a significantly lower cost.

Lidar (light detection and radar) is the method by which most forms of autonomous vehicles are made “aware” of their surroundings. Near-infrared light is used to detect the shape of nearby objects, allowing autonomous vehicles (or rather their processing systems) to analyze the world around them.

While a decent lidar can cost in the region of US$80,000, the German company hopes to lower this cost and begins first trials with auto equipment manufacturers early 2018.

Like DIDRIVERS, Blickfeld believes its future is in using commercial, off-the-shelf components. This means that lidar systems can be mass-produced at a cheaper price without sacrificing quality and safety standards.

As well as cost, there’s also the issue of physical bulk with systems as they have thus far developed. Traditionally, Lidar systems were niche products which involved spinning mirrors to send scans around the area, making the devices around the size of a can of coffee, minimum. But solid-state Lidar (a device which moves its beams via “solid state” – i.e. electronically) will lower costs and reduce bulk. This is Blickfeld’s goal.