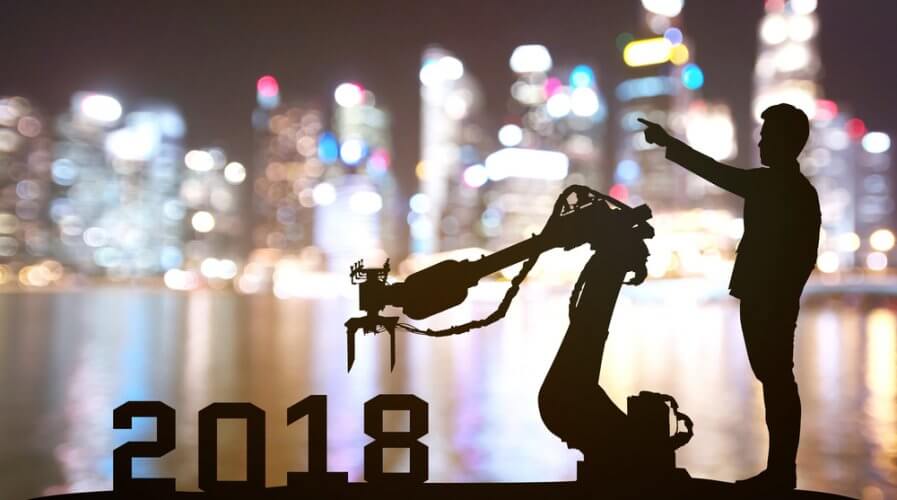 With 2018 on the way, there will be a wealth of technology predictions –but what significant trends happened in 2017? Source: Shutterstock.com

Did the technology of 2017 live up to its predictions?

STRATEGIC planning is essential for any successful business striving to keep up with forecasted trends and stay ahead of disruptions.

Much of this planning is taking place now, in the final quarter of 2017. Yet, amid the commotion of preparations for the year ahead, the trends and disruptions that were predicted in the previous year can be forgotten.

Some of the technology predictions of 2017 were that Snapchat would become a key player in the advertising sphere; blockchain would disrupt conventional industry practices; grocery shopping would make the move from offline-to-online technology. Something that was not a prediction – but has happened – was an artificially intelligent robot being granted citizenship in Saudi Arabia. 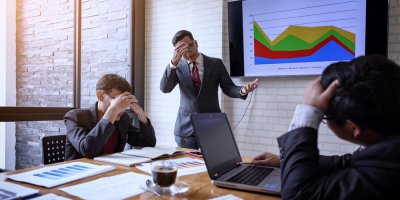 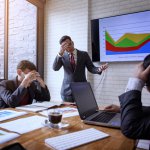 So how did these predictions fit into reality?

Snapchat is not just for teens wishing to send pictures, it is now being used by big brands around the globe, with the intention of getting customers to buy products. Snapchat’s US$20 billion-plus IPO earlier this year put the app on the radar for many unconvinced senior ad buyers.

Its share prices rose to $27 and Snapchat was viewed as a valuable tool for advertisers. Creating unique, branded filters and wedging adverts between users’ self-generated videos seemed a sure-fire way to create revenue. But Snapchat’s peak was followed by a trough.

With stock prices falling, Snapchat urgently needed a way to reassure businesses they were an essential tool. Last month, the social video platform released Snapchat Accelerate to incentivize companies to stick with them. The program offers benefits including credits for buying ads and free brand filters.

Despite desperate attempts to grow market value, Snapchat is not making as much money as it hoped. While it still tallies a strong 143 million users, it might not be making as many waves in tech predictions for 2018.

Shopping for groceries is often a chore. It takes valuable time out of your day and you get stuck behind difficult shoppers. Fear not, though, as the e-grocery sector is growing at astonishing rates and surpassing its predictions.

A report by Unata in partnership with Brick Meets Click predicted in Q4 2016 that one in three grocery orders would happen online in 2017. It also suggested businesses in the commercial sector would be determined by how they adapt to online grocery-shopping technology.

Has this happened? The e-grocery market has seen a 63 percent increase in 2017, and 80 percent of those surveyed in the report claimed to have ordered groceries online more than once. However, simply going online is not enough. It is now essential for e-retailers to produce great consumer experiences to retain customers, as 68 percent of consumers said they were likely to switch providers for a more personalized experience.

Blockchain technology is rooting its encrypted uses into almost every industry. The phrase has been tossed around for a decade or so, but it is usually associated with the financial industry, being used as a cryptocurrency such as Bitcoin and Ethereum.

In the financial sense, Bitcoin allows users to anonymously make transactions outside of centralized institutions such as banks. Blockchain has seen an increase of investment since the success of Bitcoin and the estimated market value of cryptocurrencies is set to reach $5 trillion by 2022.

This disruptive technology was predicted to upset banks and force them into the heart of the tech revolution and it has. Around 80 percent of banks are developing their own blockchain technology, with the first sovereign government to issue debt on blockchain predicted to be in Asia.

Predictions of blockchain in 2018 forecast that everything from voting and music streaming to real estate to fashion will be heavily disrupted by the adoption of this technology. 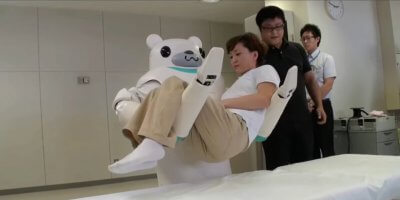 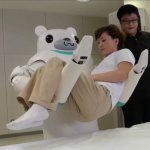 Artificial intelligence (AI) is the buzzphrase of 2017, and no doubt it will remain a hot topic for years to come.

AI is developing at astonishing rates and being utilized in businesses and industries across the globe. It is fitted into cars for safety, used in healthcare to spot suicidal tendencies in patients, implemented in manufacturing procedures and used in customer service to make an automated response seem personal.

This technology is living up to its predictions and affecting industries everywhere. As people become more demanding of quick results and correct information, AI is going to be instilled in the everyday mechanisms of domestic life. It is very much in its infancy, so learn about it while you can or risk being left behind.

While these technologies vary in market value, it is certain they maintain high levels of disruption to traditional industry methods.

And, with 2018 around the corner, the predictions of where technology is going to take us in the new year are about to start coming in thick and fast.