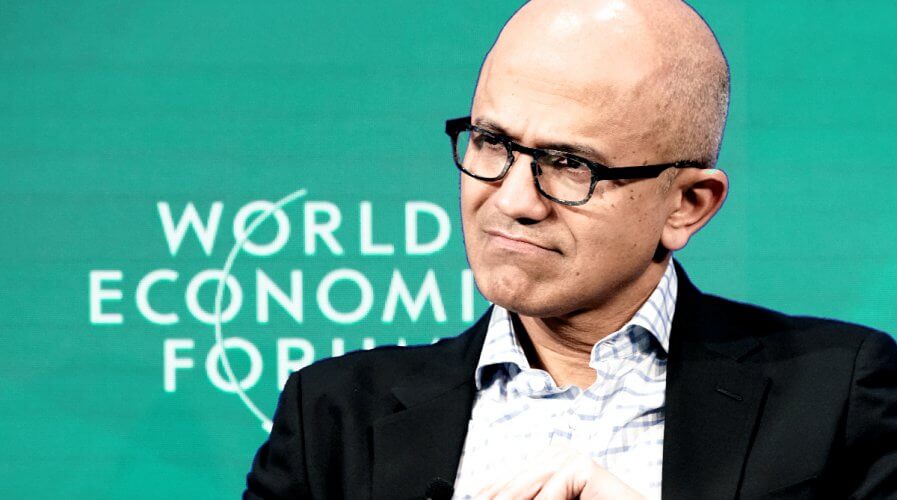 “Moore’s Law is kinda running out of steam,” said Satya Nadella, CEO of Microsoft, at the World Economic Forum in Davos, yesterday. He was referring to the “law” which states that every two years, computing power doubles. A longer version might read: computing power is available every two years of double the power, for the same money as two years ago.

But whether the problems Nadella refers to hail from the supply side (the technology we use to design and manufacture microprocessors hitting the physical barriers of possibility) or demand (we don’t need massive power to share cat pictures) is a matter of some debate.

What the Indian-born executive went on to say is that in order to address humankind’s greatest problems, massive computing power will be required. And if Moore’s law no longer holds good, how do we solve those problems?

He cited the design of a catalytic material which would absorb carbon from the atmosphere as a prime example which would, in all probability, require the power of still-nascent quantum computing to crack. 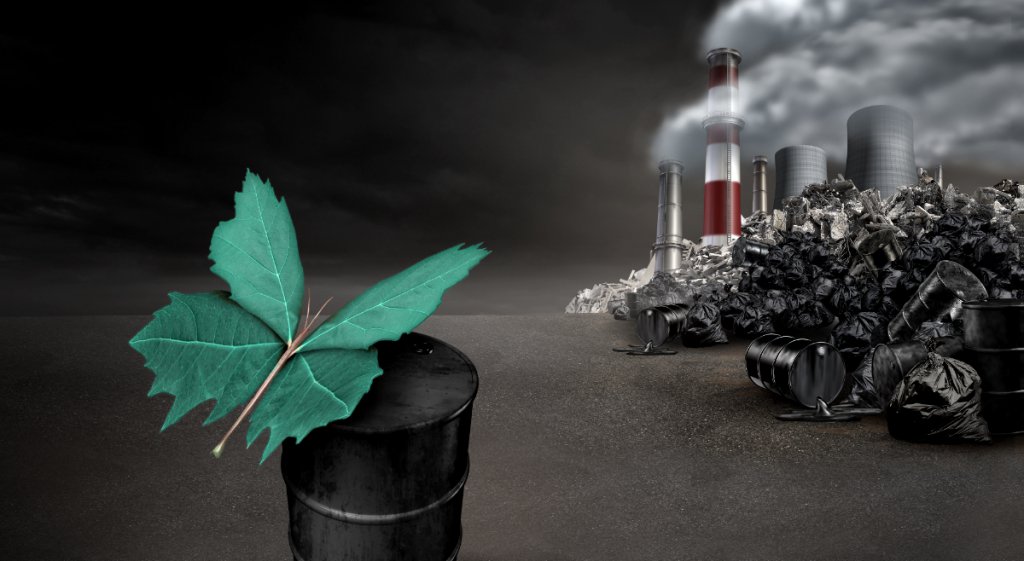 Massive computing power will be needed to identify a catalyst capable of cleaning the planet’s air. Source: Shutterstock

We need quantum computing, Nadella said, “to create all of these rich experiences we talk about, all of this artificial intelligence”.

The machines we all have on our desktops and in our pockets are based on old technology, despite its seemingly incredible power. These devices are based on the humble transistor, which can present two states: on (when flowing with around five volts of electricity), or off (when flowing with around 3.3 volts). The on/off status of each logic gate represents “bits” of numbers represented in binary (numeric base two), consisting of ones and zeros – thus, on’s and off’s.

Quantum computers, conversely, consider bits to be both on and off at the same time. And without delving into the intricacies of how they work and having to bend one’s mind around the borderline philosophical nature of modern theoretical physics, it is sufficient to say that this duality is highly powerful from a computational perspective.

The immense power of even the simplest functioning quantum computer, holding only a few dozen qubits, is mind-boggling. Today’s cryptographic puzzles, solvable by transistor-based computing only after some thirteen million years’ dedicated computing time, would be cracked by a quantum computer in less than ten minutes. 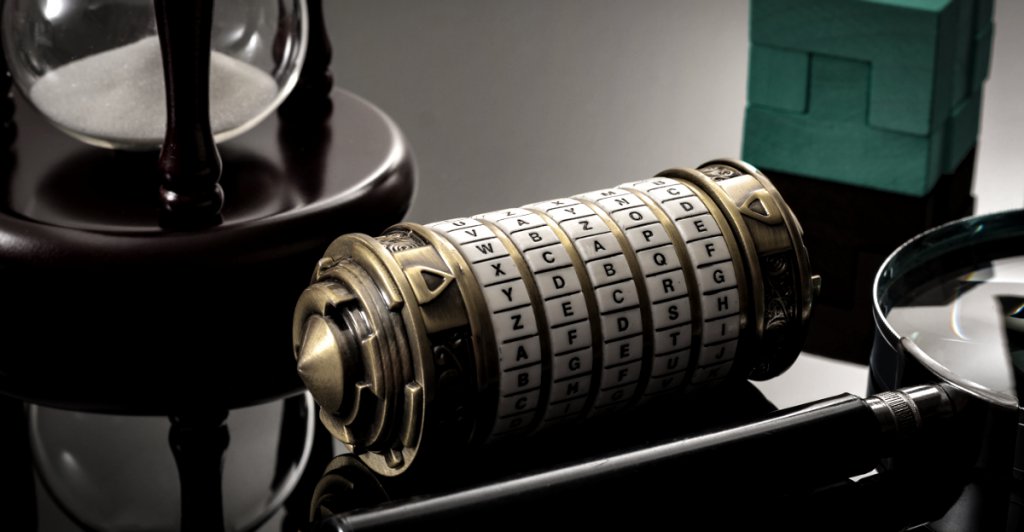 Apply the world’s best cryptography, then watch it cracked in a few minutes by quantum power. Source: Shutterstock

The implications are of course, as mind-stretching as the underlying technology, and limited available space here prevents further discussion, on this occasion.

Quantum computers are much closer to being a viable reality than you might expect. A team in Japan, for instance, managed to produce the technology for a million qubit computer as recently as September last year. The financial implications for the successful producer of the first commercially useful quantum computer are, like all things in this field, immense beyond mortal reckoning.

“We can with some certainty say that we will need more people graduating from our schools who will need to be comfortable with these augmented realities,” he said.

His comments come at the same time that a survey, published by HackerRank, contains the finding that young people are starting their coding knowledge quest much later than previous generations.

Of those surveyed, respondents aged 18 – 24 age overwhelmingly started their programming journey in their late teens, with around 68 percent started to code between the ages of 16 and 20.

But compared to older generations, those coders are late out of the blocks. In earlier decades, a comparatively larger proportion started programming between the ages of five and ten; these programmers are now aged from 35 to 54. 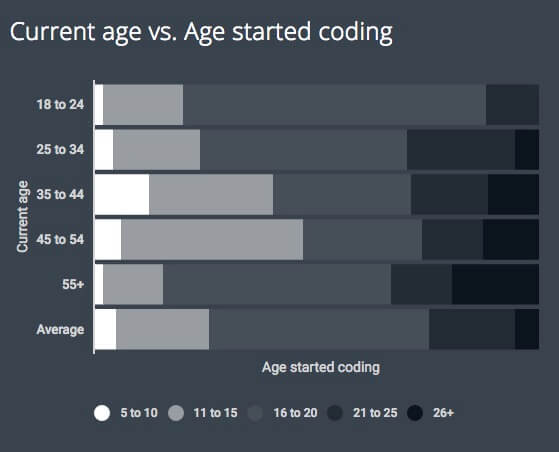 The difference between the generations lies at least partly in the necessity for previous generations to learn to program in order to get their machines to do just about anything at all.

While the current generation of young people can fire up a fairly standard PC and play immersive, pseudo-realistic games which may even run on virtual reality platforms, the first modern generations of programmers had to literally type code into computers letter for letter in order to achieve even the simplest task.

Those generations of young programmers, having been versed in BASIC-like languages and a smattering of machine code programming found the next step “up” to more object-oriented, complex languages they encountered at college much easier.

While simpler languages still exist (Ruby on Rails, Python etc.) they still require a significant investment of time and training to produce results which can compete with the profusion of sensory riches available for just a few dollars.

Ask today’s teenagers if they’d prefer to create an array variable which, when looped through, spells out “Hello World”, or undertake a Call of Duty mission online, and you’ll most likely find the latter more attractive.

Satya Nadella puts his finger on one strand of a solution: “The fact that most curricula in schools still don’t recognize computer science like they do maths or physics is just crazy […] We need middle school teachers of computer science of the highest quality.”

Teaching the teachers, therefore, has to be of paramount importance. For too long, computing science teaching curricula were essentially classroom-based manifestations of a Microsoft Office Dummies’ Guide, with some basic database knowledge thrown in for good measure, if you were lucky.

But by instilling in the next generation of students the knowledge required not only to understand but also to fully utilize the next generation of computers, there may be hope. Hope, even, for that catalytic converter which will take carbon from the atmosphere and convert it to something less threatening to humankind: something like the materials required to manufacture more quantum computers, for example.