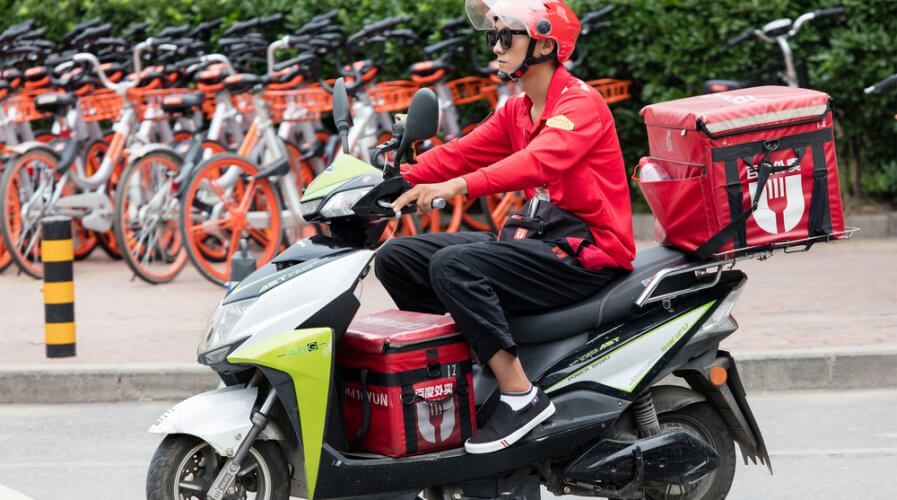 ALIBABA is reportedly in negotiations to acquire Chinese take-out app Ele.me in a deal that would value the start-up at around US$9.5 billion.

Alibaba affiliate Ant Financial already owns 40 percent of Ele.me and is now seeking to purchase the remaining 60 percent from current investors, including tech giant Baidu, according to The Financial Times.

Founded in 2008, Ele.me has become one of the biggest food delivery firms in China. Alibaba’s attempt to purchase the start-up shows the conglomerate is trying to increase its dominance in the food and delivery market in the country.

According to the China Cuisine Association, an industry group, China’s food delivery market was valued at CNY204.6 billion (US$32.5 billion) in 2017.

It’s unclear what exactly Alibaba will pay for Ele.me but, according to The Strait Times, the firm was valued at between US$5.5 billion to US$6 billion in a May fundraising last year, but The Financial Times says the deal would value the company at $9.5 billion.

If Alibaba buy-out Baidu’s stake in Ele.me, which means “hungry yet?”, it will mean Baidu has exited efficiently from another services sector while Alibaba would become one of China’s most significant players in food delivery. The company’s chief rival would be Meituan Dianping, an online-to-offline platform, which is backed by competitor Tencent.

China’s food delivery market was valued at $32.5b in 2017. Source: Shutterstock

If the deal goes through, it’s thought Baidu will concentrate its efforts on developing new technologies in artificial intelligence and autonomous driving.

Alibaba is seeking to build up its logistics and delivery capacity. But unlike e-commerce rival JD.com the conglomerate does not hire its own delivery staff or infrastructure, like warehouses storing inventory, but instead relies on third-party providers.

Alibaba, Ele.me and Baidu declined to comment to The Financial Times about the acquisition.